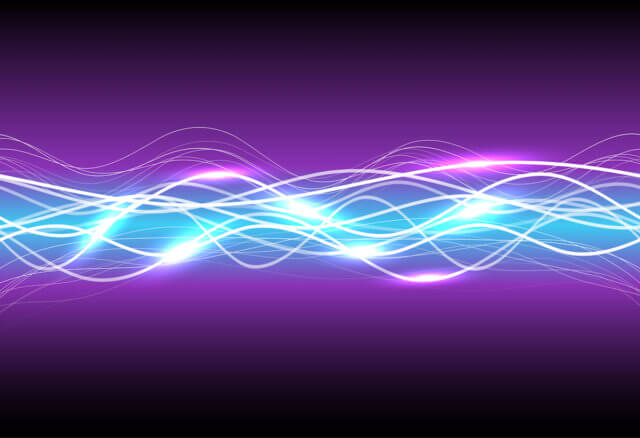 In our previous educational post, we presented the first rule defined by Gleen Neely to analyze waves. In this article, we will introduce the second rule.

The second rule defined by Neely occurs when W2 is greater or equal than 38.2%, and lower than 61.8% of W1. Once the retracement realized by W2 is measured, the length of W0 will provide five possible conditions as follows.

Condition “a”: occurs when W0 is lower than 38.2% of W1. In this case, wave W1 should be identified as “:5”. This movement could correspond to an ending sequence of a corrective structure. Another possibility for this condition is that W1 belongs to the ending move of an impulsive sequence. 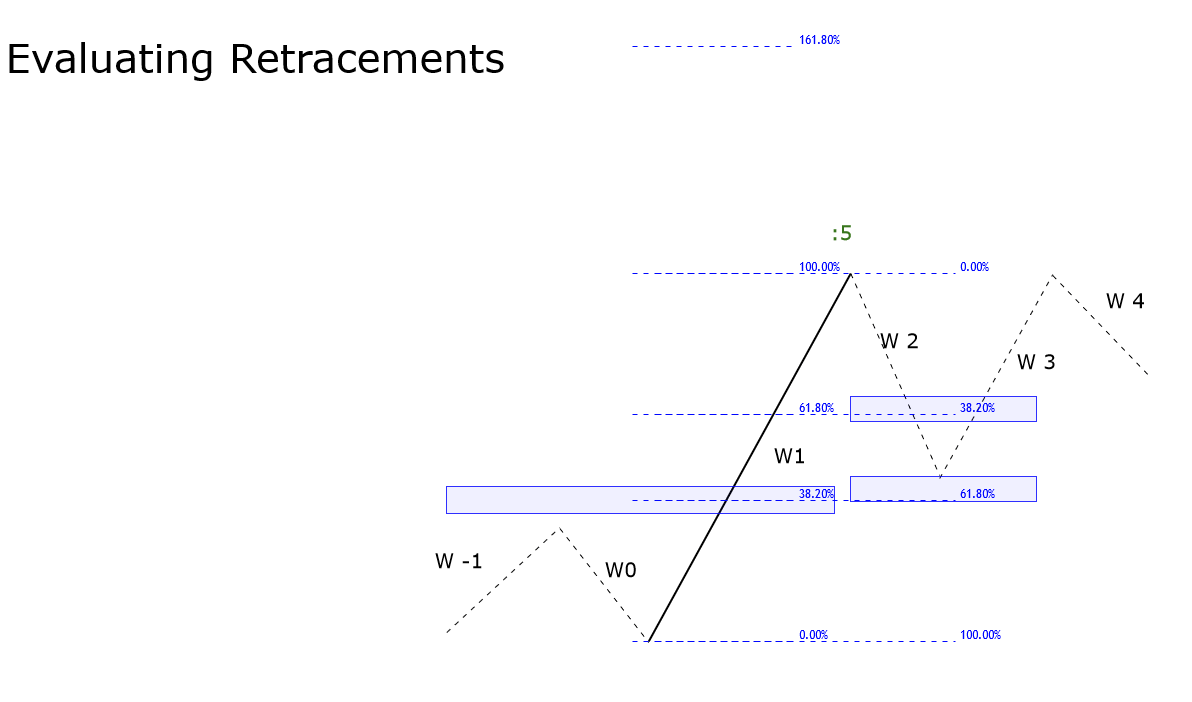 Condition “b”: this condition takes place when W0 is greater or equal to 38.2%, but lower than 61.8% of W1. In this case, it is likely that W1 corresponds to a five-wave sequence and completes a corrective formation and should be tagged as “:5”. However, it is also possible that according to a specific advance of waves W2 and W3, wave 1 is a three-wave structure and should be identified as “:3”. 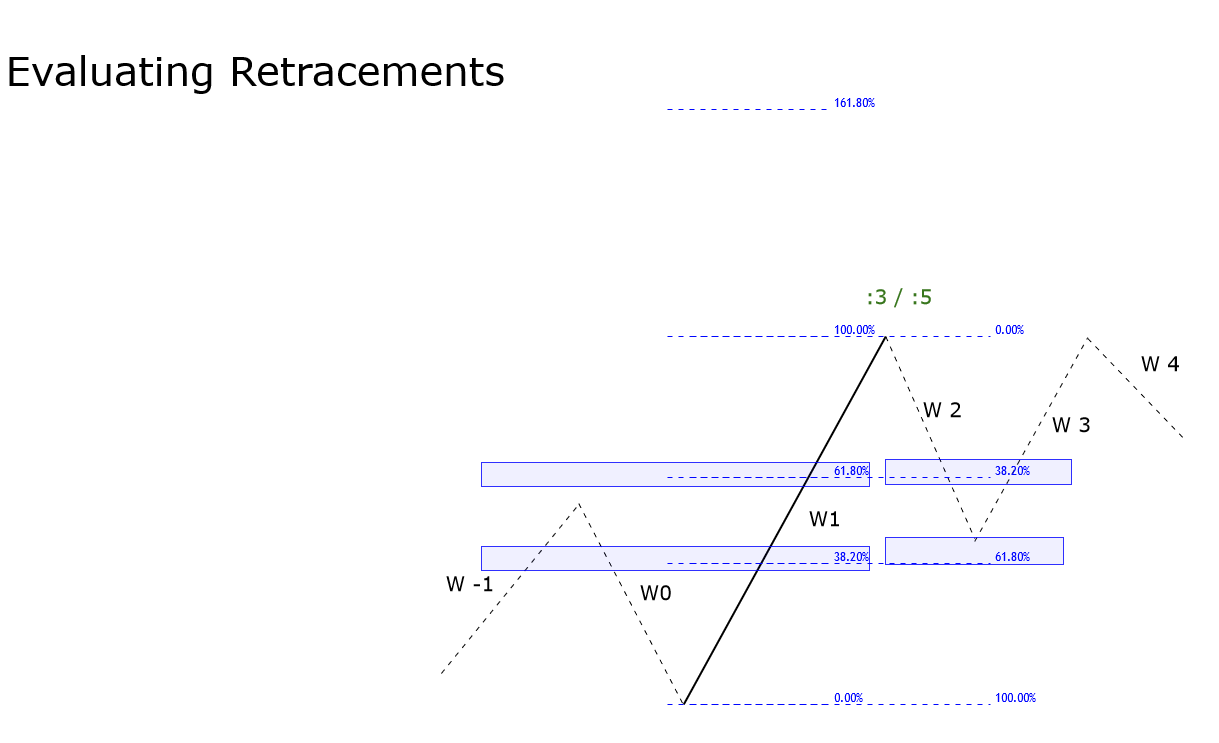 Condition “c”: this condition occurs when W0 moves between 61.8% and 100% of W1. In this case, W1 could correspond to the end of a flat, or zigzag pattern, and in consequence, W1 should be identified as “:5”. Depending on the context of the market under study, the structure could correspond to a complex corrective sequence. On the other hand, if W0 and W2 hold some specific lengths, W1 could be a three-wave structure, and W1 should be labeled as “:3”. 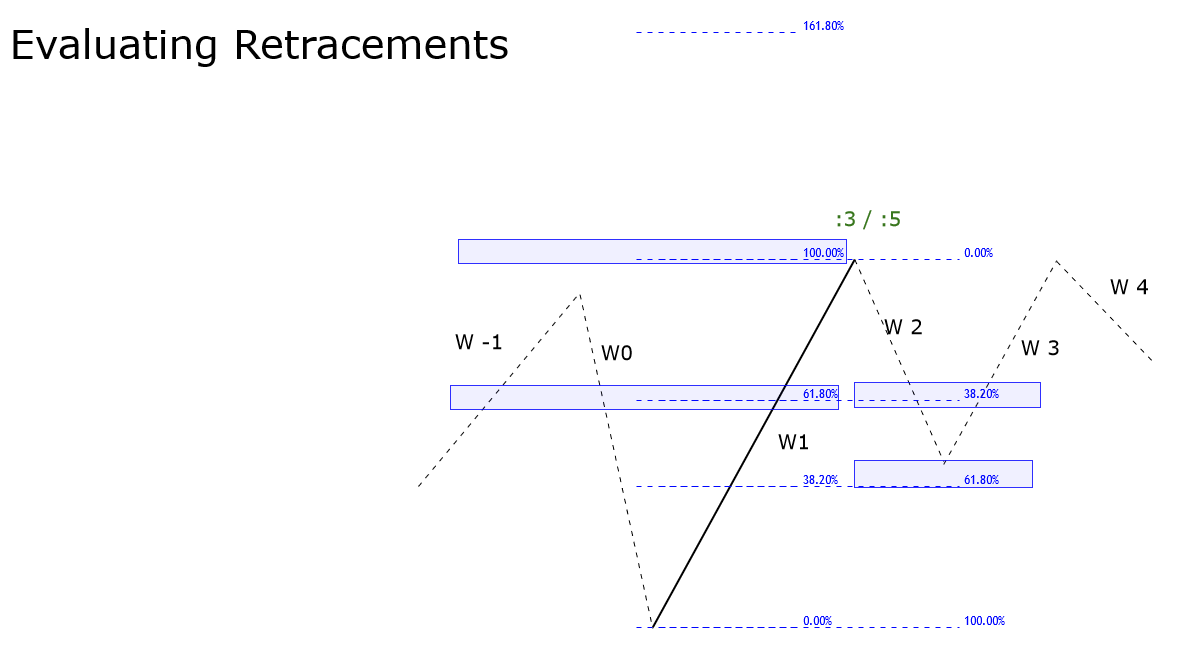 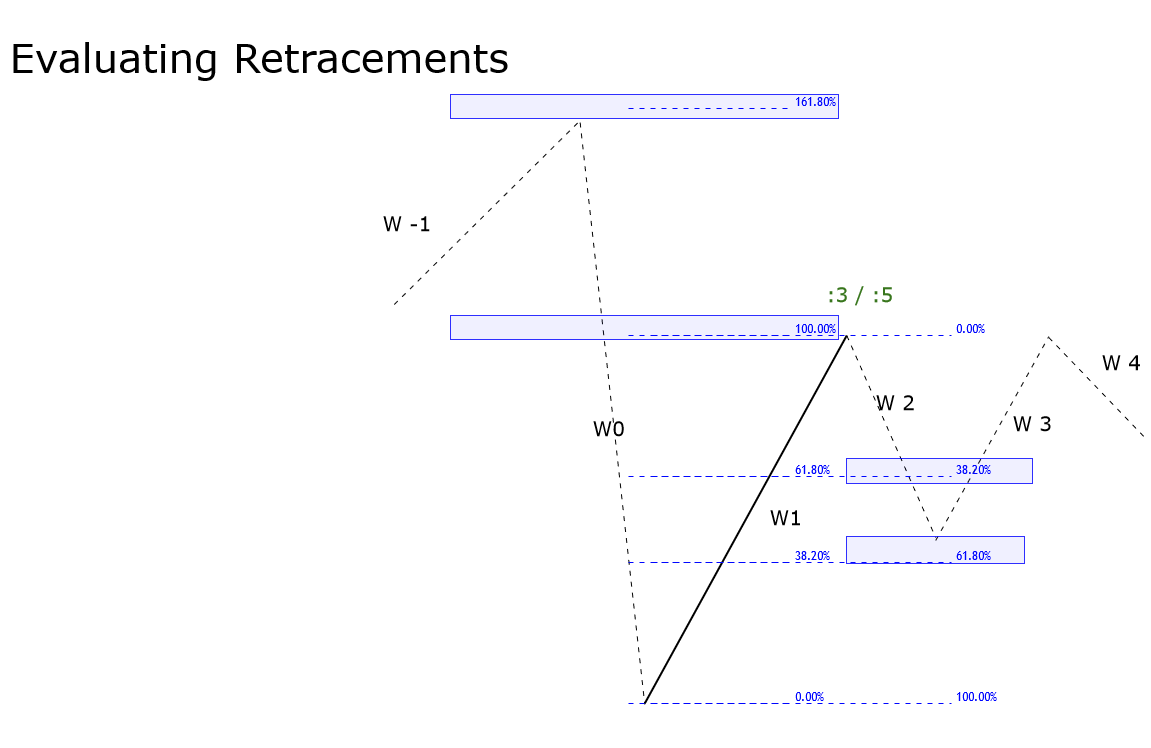 Condition “e”: this considers the movement of W0 beyond of 161.8% of W1. When this situation occurs, wave 1 corresponds to a five-wave structure, and in consequence, W1 should be labeled as “:5”. 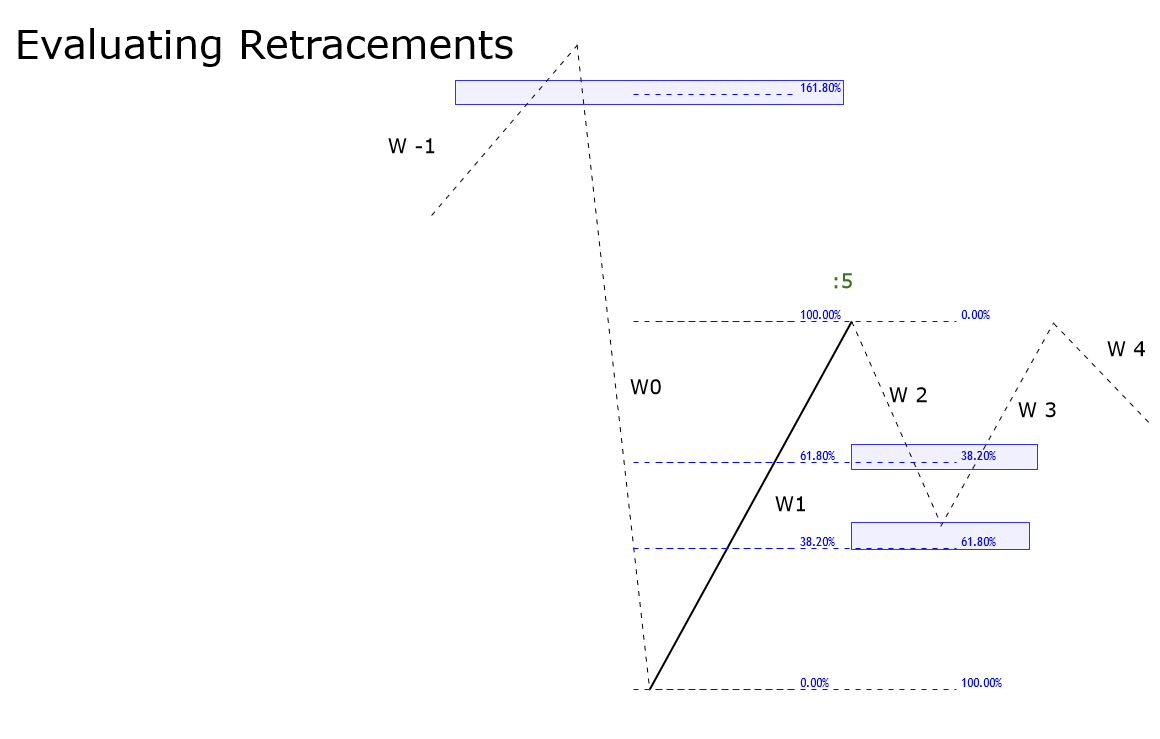 In the following educational article, we will unfold the third rule described by Glenn Neely.