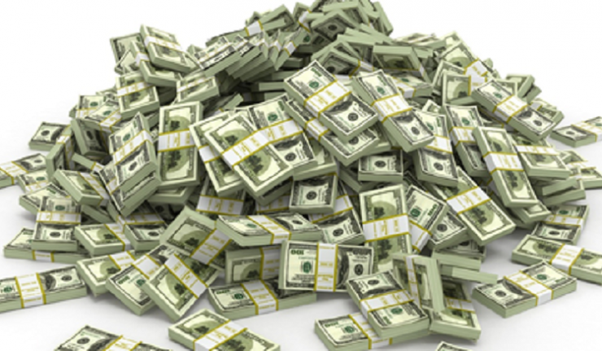 If we refer to Dan Zanger, Rob Booker, among others, we can say that yes, that they have achieved high returns from relatively small accounts. The secret of both the same: a lot of effort and a lot of perseverance. Obviously, virtually no one is considering achieving high returns from such a small base, but I will prove, at least mathematically, that the fact is possible.

Have the account in micro-lots. The benefits of the accounts in micro-lots allow us to adjust up to the last euro, our monetary management. Being able to add a micro lot more in each operation will make us enter with the right capital, not much, not little, which if we had a standard account, the least we could adjust, would be with hundreds of euros. 0.1 lots = 100€/$ (depending on the currency of the account itself).

By the time we have a large enough account, it will be time to move to an ECN account. The main advantage that we will have is the drastic reduction of spreads (in many cases, they are below a pip), so it will be easier to get positive trades.

Have a system, obviously with positive mathematical hope. During the creation of the system, it would be good, at least in my opinion, to look for systems with high success rates. What are the advantages of a system that makes 90% of hits compared to one that makes 50%? Consistency. The probability that the former will make 5 consecutive losing trades amounts to 0.001% while the one that has 50%, make 5 bad trades, is 3.13%. Much more likely.

If in the first system, we lose 5 consecutive times, we have to worry, since it is very likely that the system has expired at least temporarily, while in the second, we should wait until operation 13.

Risk. This point can raise blisters among our readers. Here we must read very carefully, and have very clear consequences that can have. An error in understanding can leave us with nothing. Now you see why he wanted a system with a high percentage of hits.

Let’s start. Let’s deduct: the higher the risk, the higher the profitability, and with this, the faster to get that million euros/dollars. We have a system with a 90% hit, with a Take Profits of 30 pips and a Stop Loss of 120 pips. 1:4 ratio. Matematica Hope 0.13%. 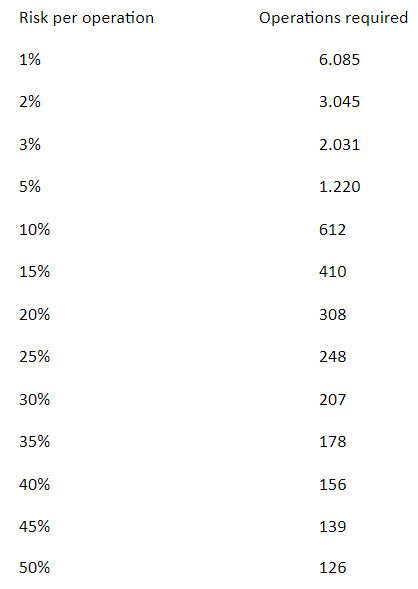 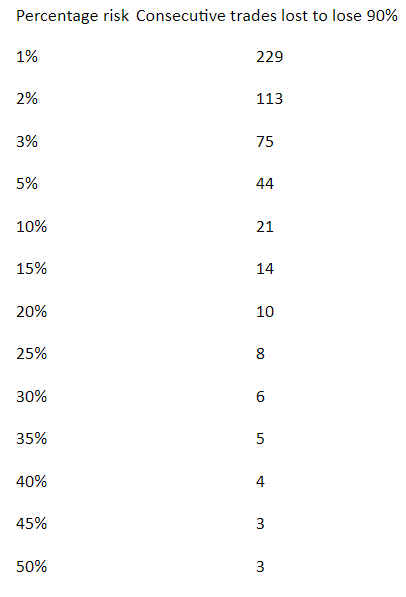 Therefore, if we have a system that hits 90% of the time, the probability of failing 5 consecutive operations amounts to 1:100,000. Virtually impossible. As we can see, the maximum risk that can be assumed should not exceed 35%, because if we see that the system loses that fifth operation, we will know for sure that the system has abandoned us.

Suppose now that we have found a system like Tim’s, with 95% of hits. The probability of failing 4 operations amounts to 1:160,000, therefore, we could already reach risk of 40%. In order to reach 50% risk, we should find the system with 98% of hits. If instead, we have a system that is 50% correct, we should wait until operation 17, to know with great certainty that the system has stopped working (probability 1:131.072). Therefore, we could not risk more than 10% per operation.

The traditional route, little risk, little by little, waiting for some 6000 and peak operations (doing one operation a day, and that the system does not fail us halfway, are approximately, about 25 years (one operation a day, during the 52 weeks of a year). The venture capital route, that is, if we lose all our capital, “nothing” happens. In this case, we just have to look for probability, mathematical hope on our side.

The number of operations according to risk will vary according to the mathematical hope. The system I have proposed has a very low hope. With higher hopes, fewer operations will be needed. The truth is I highly doubt that anyone in their right mind can do a high-risk strategy (more than 10% per trade) by doing manual trading. It is most likely that such “suicidal” strategies can only be done consistently through automatic trading.