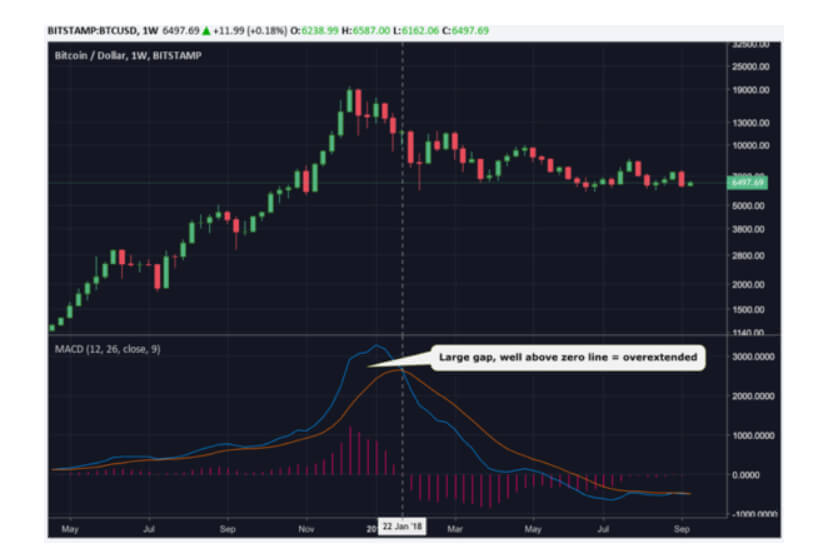 As can be seen in the picture, the MACD line started to stray noticeably far away from the indicator’s signal line in December 2017. On top of that, both the MACD line and Signal were well above the zero-line at that time.
The combination of the two warned careful investors that the price surge was causing the market to become overextended and that a pullback was becoming extremely likely.

The so-called zero line marks the midpoint of the MACD oscillator, splitting the value range in half. When the 12-period exponential moving average crosses above the 26-period EMA, the MACD will cross above the zero-line, therefore presenting a buy signal. On the other hand, when the 12-period EMA crosses below the 26-period EMA, the MACD will go below the zero-line and will present a sell signal. 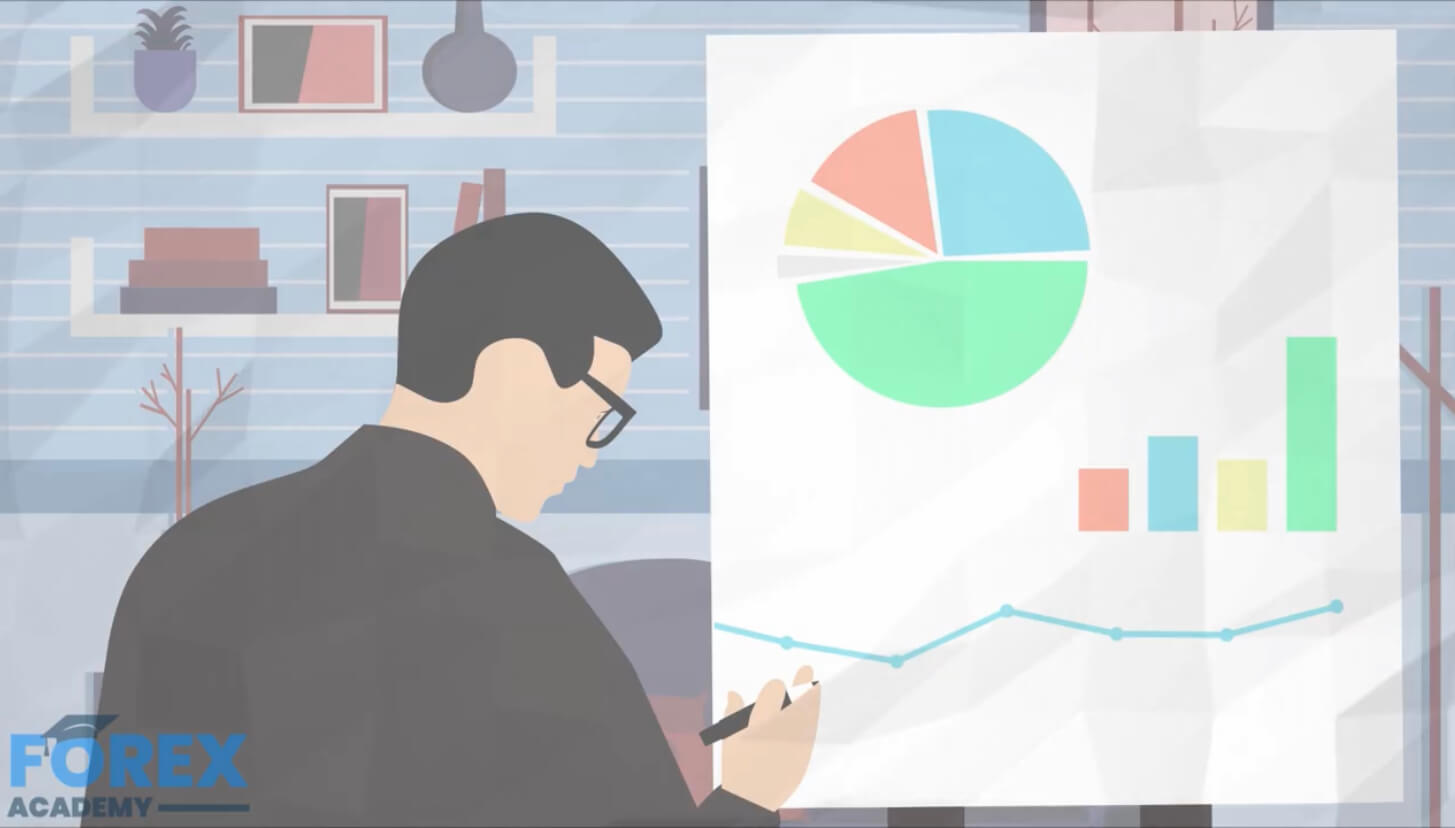 Conclusion
The MACD oscillator is a great tool for traders that like following trends and spotting trend reversals. It comes in handy to both beginners and professionals alike.