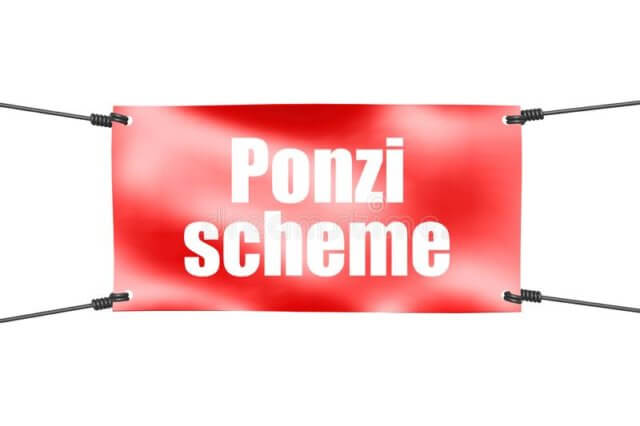 Ponzi schemes are financial fraud schemes that many investors know they need to watch out for, but they don’t actually know what exactly they are, or even how to watch out for one. Never mind that clever scammers are constantly improvising new ways to cheat unsuspecting investors out of their savings. And though the idea behind a Ponzi scheme is the same, it can be bent in many ways to con others.

A Ponzi scheme is an investment scam that promises high returns for little or zero risk. The schemer sustains this lie by taking new money from new investors and using it to pay older investors, and on and on it goes until it’s no longer sustainable and it goes bust.

Origins of the Ponzi scheme

The Ponzi scheme is named after Charles Ponzi, who orchestrated one in 1919. Ponzi raked in millions of dollars after he duped investors with a stamp collection speculation scheme.

Those days, the postal service had an international reply coupon system that allowed people to pre-purchase coupons and include it in their correspondence. The recipient would take the coupon to a local post office and have it exchanged with the official postage stamps required to send a reply. In other words, the international reply coupon was a voucher that enabled the recipient to purchase a stamp required to post the reply.

Postage prices would naturally fluctuate, meaning stamps were cheaper in some countries than others. Ponzi would purchase cheaper reply coupons in other countries and sell them in the United States at a profit.

This type of trade is known as arbitrage, and it’s a perfectly legal practice. But Ponzi took it to an illegal and greedy level.

Ponzi sucked in investors by promising returns of 50% in 45 days or 100% in 90 days. Since his postage stamp scheme was a success, investors rushed in droves. Every day, more investors would hear of the potentially lucrative investment and hand over their cash to him. But instead of investing the money, he redistributed it to initial investors – claiming to have made profits – while keeping some to himself.

Just like a house of cards, the scheme finally crumbled when people started to wonder how he was buying and selling millions of coupons out of the 27,000 that actually existed in the whole world. The Boston Post began investigating his company – the ‘Securities Exchange Company.’ This investigation exposed him as a fraudster, and he was subsequently arrested on August 12, 1920, and charged with mail fraud, larceny, and other crimes.

The Working of a Ponzi Scheme

The Ponzi scheme has inspired countless other swindlers from all corners of the world, only this time they don’t have to front their deceitful scheme with international reply coupons.

Ponzi schemes rely on a basic framework – which involves paying off initial investors with the funds you collect from new investors. All one has to do is attract new investors who are willing to invest in what looks to be a very attractive business venture, lack of sufficient information on the investment notwithstanding. All that matters to these investors is the unbelievably good returns on investment.

After the scammer has convinced a few people to shell out their money, they might take some of the funds and buy some flashy car or rent a fancy office space. These props are meant to impress the next round of investors. They will then use the next round of money from new investors to give some returns to the earlier investors while keeping a slice of it for themselves.

The second round of investors will, of course, need a payout. The schemer will go hunting for the next batch of investors – whose money they will use to pay the second batch investors. It’s a matter of wash, rinse, and repeat.

Of course, things will start getting complicated soon enough. The schemer has to keep recruiting new investors to the Ponzi scheme so as to pay back previous investors. This is no easy task for a mere mortal. (Which is why most successful Ponzi schemes are masterminded by several people working together – but even those schemes have the same ending.) The scheme simply eventually becomes unsustainable and collapses.

How to Detect a Ponzi scheme

For the inexperienced, it can be hard to spot a Ponzi scheme. But if you know what to look for, you can easily avoid one. Here are the red, flashing signs:

☑️Unregistered investments: This one is obvious – any investment should be duly registered with state regulators. An investment that’s operating in the shadows – without official info on company management, products, services, history, financial reports, etc. is the first sign that you need to run.

☑️Unrealistic returns: If it sounds to be good to be true, it probably is. When you’re approached with an opportunity that looks off the charts, you need to treat it very suspiciously. Investigate it thoroughly before you invest a single cent.

☑️Very steady returns: Naturally, real investments fluctuate with market sentiment, and so on. If your returns from an investment are always steady and consistent, it’s time for a double-check.

☑️Guaranteed returns: Every investment bears a certain degree of risk. Be wary of investment opportunities boasting of “guaranteed” returns with little or no risk.

☑️Unlicensed sellers: Federal and state laws require investment firms to be licensed under the relevant authorities. An unlicensed individual or firm could be a Ponzi scheme.

☑️Secretive and/or too complex strategies: If an investment is described using words or vocabulary that you don’t understand, avoid it. The same goes for investments whose information you can’t get.

☑️Issues with paperwork: When you keep getting things like account statement errors, it could be a sign that your money is not where it was promised.

☑️Difficulty receiving payments: If you’re having issues receiving payments or cashing out, you should be suspicious. Sometimes Ponzi scheme engineers will try to convince investors not to cash out with vacuous promises of even higher returns.

Many people associate Ponzi schemes with pyramid schemes and even use the two terms interchangeably. While both are rip-off schemes, they are not exactly the same.

In a Ponzi scheme, the schemer will only ask you to put your money in an investment. They will not require anything of you beyond that. On the other hand, a pyramid schemer will make you think you have the power to make money yourself. The schemer will tell you to recruit new members and bring in money – which is the same thing you will tell your recruiters. Eventually, the pool of potential recruiters dries up due to market saturation, and the whole thing crumbles.

Even though you may know how to detect a Ponzi scheme, you need to know these types of schemes can happen even to the best. So how can you protect yourself? By diversification. Every financial adviser worth their salt will tell you to diversify your portfolio. This means investing in multiple assets in different sectors. No one investment should constitute more than 5% of your whole portfolio. This way, even if you end up the victim of a Ponzi scheme, you don’t lose all your savings. But even then, always remember to conduct your due diligence before putting your money in any investment.