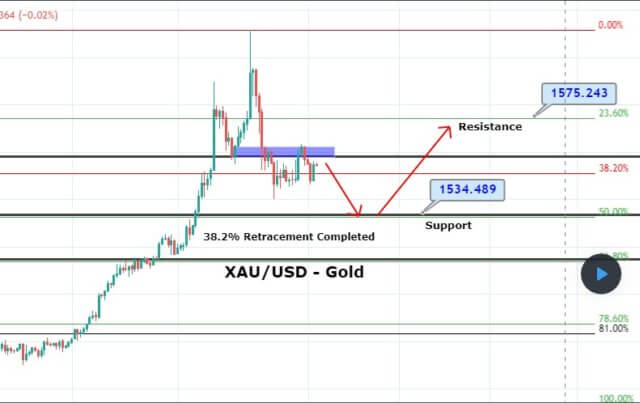 The safe-haven-metal prices dropped mainly due to the Asian stocks, which traded higher in the wake of optimism surrounding the United States and China trade war.

As we already mentioned that the gold prices dropped on the day because the United States is expected to sign the on-going phase-one trade deal with China this week.

According to the agreement, China will increase imports from the U.S. in exchange for the stop of the December tariffs on Chinese imports to the U.S. and a partial rollback of some existing tariffs.

At the Iran-US front, the situation in Iran is still active due to people’s rally as its citizens protested for a 2nd-night after the government acknowledged on Saturday that it had mistakenly show down a Ukrainian passenger jet, killing all 176 people on board.

On the other hand, the gold prices got some support from the stable bond prices in the wake of unexpectedly weaker December U.S. payroll growth. That sent the interest lower and giving attraction to the non-yielding gold.

Iran’s statement came only after the U.S., U.K., Canada, and Australia said they know that an Iranian missile hit the plane according to our intelligence, but Iran did not accept it first.

Gold continues to consolidate in the same trading range, which it maintains on Friday. The metal is trading around 1,552 level while it’s current trading range appears to be 1,561 – 1,543.