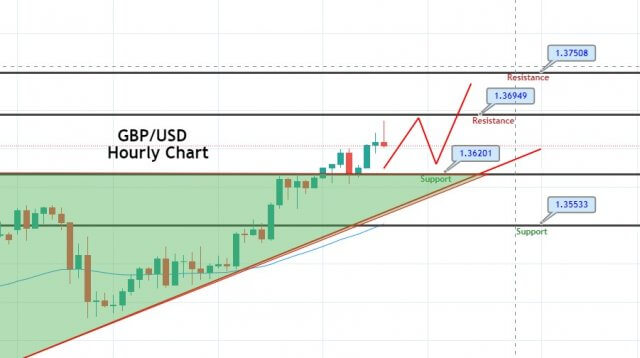 The GBP/USD pair was closed at 1.36245 after placing a high of 1.36255 and a low of 1.34888. The British Pound to U.S. Dollar exchange rate climbed to weekly highs as the U.K. Parliament voted for the Brexit trade deal. Barely 24 hours before the U.K.’s final split from the European Union, Prime Minister Boris Johnson’s post-Brexit trade deal won approval from the U.K. Parliament. The agreement earlier crossed the House of Commons with 521 votes in favor of 73 opposing it. The Scottish National Party (SNP) was against the bills while stating that it will harm Scotland’s fishing industry and told PM Johnson that it would bolster the case for independence.