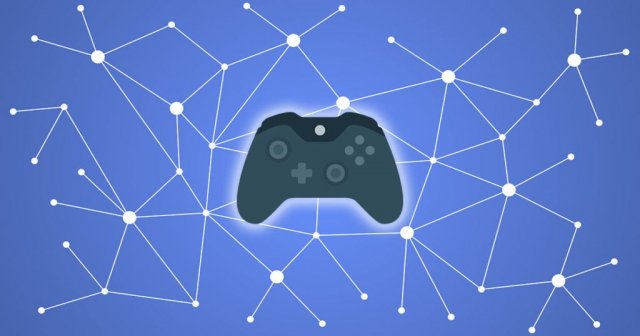 In our real-world, fun and making money don’t always go together. What if that changed? How amazing would it be if you could earn money just playing games in the comfort of your couch?

Well, that’s now possible thanks to blockchain tech. Blockchain and gaming is the near-perfect combination of amazing gaming experience. If you are a cryptocurrency and gaming enthusiast, you probably won’t need to spend thousands of dollars on ridiculously expensive mining rigs to earn crypto.

We made a list of some of the best games to play and earn cryptocurrency.

In 2018, Qubit AG released the first blockchain-driven mobile augmented reality game, Worldopoly. This is a multiplayer strategy board game that resembles Monopoly, but with its in-game economy. It is a real estate simulation game that utilizes DAG (Direct Acyclic Graph), MMORPG (Massive Multiplayer online crypto-coin Game), augmented reality, and geopositioning for a frictionless gaming experience.

Worldopoly turns the whole world into a game of Monopoly. Players can buy cities, streets, build buildings, restaurants, and hotels. The players can equally sell part of their empire, rent out shop fronts to advertisers, and earn crypto-tokens worth real money. Every structure bought can be improved and sold to bring additional income. Gamers can raid or even torch down competing players’ properties. Similarly, players can cooperate with other players to build or buy large projects together. The game uses data from Google Maps and open street maps to give players access to every city and other places of interest across the globe.

Worldopoly’s game concept uses three currencies; Worldopoly Tokens (WTP), gold, and coins. Gold and coins can only be used in the game. Gold helps players quicken the completion of their projects while coins are used to buy and renovate buildings. Players can earn WTP from selling or leasing their properties. Similar to the real world, the more property a player has, the more profit generated. These tokens can be withdrawn from the game directly to the users’ wallet. One WTP has a per-token value of around $0.12.

Cryptokitties is a game that was created as an attempt to deploy blockchain technology for recreation; Cryptokitties was created. Developed by Axiom Zen, the game was launched in 2017. It is one of the earliest blockchain-based games, and it comes packed with impressive animation, huge rewards, and great graphics for an exciting gaming experience.

Cryptokitties involveS collecting, purchasing, breeding, and selling virtual cats. There are more than 3 million cats to choose from, each with a unique avatar. Users get to create their Cryptokitties and put them up for sale. Players can interact with their kitties either by selling, buying, or breeding them. Different breeds of kitties have different market valuations.

These breedable cats have unique numbers and different attributes called ‘cattributes’. Cattributes can be passed on to their offsprings after breeding. In total, there are 12 cattributes for any given kitty. Some of these include fur color, eye color, mouth shape, and pattern. A rare breed cat is worth more tokens than the others.

Trading and breeding cryptokitties unlocks rare cat traits that can be traded for higher earnings. Players can further crack puzzles, create their own cat collections, and play games to earn extra rewards. Until November 2018, developers created a new supply of cats, but since then, new cats were created through breeding by the users.

Gamers earn various rewards, including ETH tokens. The rewards go directly to the players’ wallets and can be later withdrawn for real money.

Splinterlands is a popular multiplayer, digital collectible trading card game. With over 2,500 users daily, this blockchain-based game is integrated with the Wax blockchain platform. In the game, players can easily sell, buy, and trade digital cards.

Splinterlands is an epic fantasy card game where gamers battle with monsters to gain control of a world in disarray. Players are expected to collect cards and come up with strategies that will strengthen their deck against their opponents. If a user plays their cards right and scores a win, they will be awarded crypto-tokens.

Every card in the game is individually owned – not even creators of the game can take a card away from any player. The game enables players to see how many of each card exists in the game. Additionally, different cards in the game possess different elements. Therefore, players are free to buy and sell their cards, depending on what their deck needs.

The creators of Privateers life developed this game in an attempt to mirror the world’s actual economy. The game is based on the life of a pirate in the 17th century who uses tactics and strategy to survive in harsh conditions. The ultimate goal of this game is to survive by using the resources in the game.

A player needs to constantly monitor the pirate to ensure his survival – he must be fed regularly. Food can be acquired through hunting, collecting wild plants, fishing, or cultivating their own land. Food gained can alternatively be sold in exchange for cryptotokens worth real money. To earn more, players can manufacture or process products and put them for sale in the premium store. Similar to the real world, raw materials are obtained through harvesting, mining, or foraging on their territories. Alternatively, players can purchase raw materials from the premium store.

Alien run is another crypto-based mobile game available on Android and iOS which utilizes Bitcoin technology.

Remember those arcade games back in the day? Alien run is built using that same concept. If you enjoyed these classic games, then you should check this one out. A player assumes the role of an alien that needs to run to safety, avoiding obstacles on its path.

The game is simple and easy to play, but quite addictive. As the player makes progress through the levels, the alien develops new skills. These skills are useful in maneuvering through the game as the difficulty increases as one levels up.

Players receive rewards in the form of cryptotokens after completing each level. The cryptocurrency earned is in Bitcoins, and it goes directly into the players’ eWallet. With the increase in the game’s difficulty, there is an increase in the amount of Bitcoin rewards.

Games like these allow players to interact with the crypto and blockchain world. It’s one of the many shining points about blockchain – the ability to allow people to have fun while earning real money.