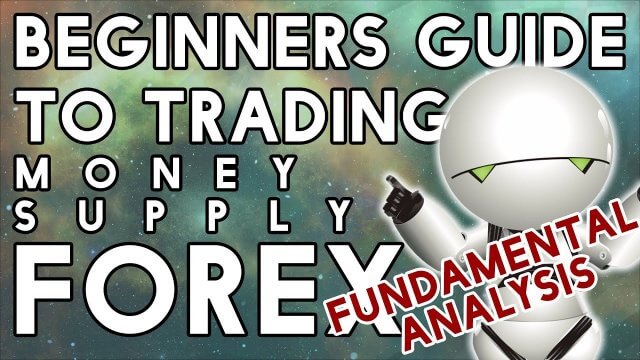 Thank you for joining our educational video four fundamental analysis for novices. In this video, we will be looking at Money Supply as an economic indicator. 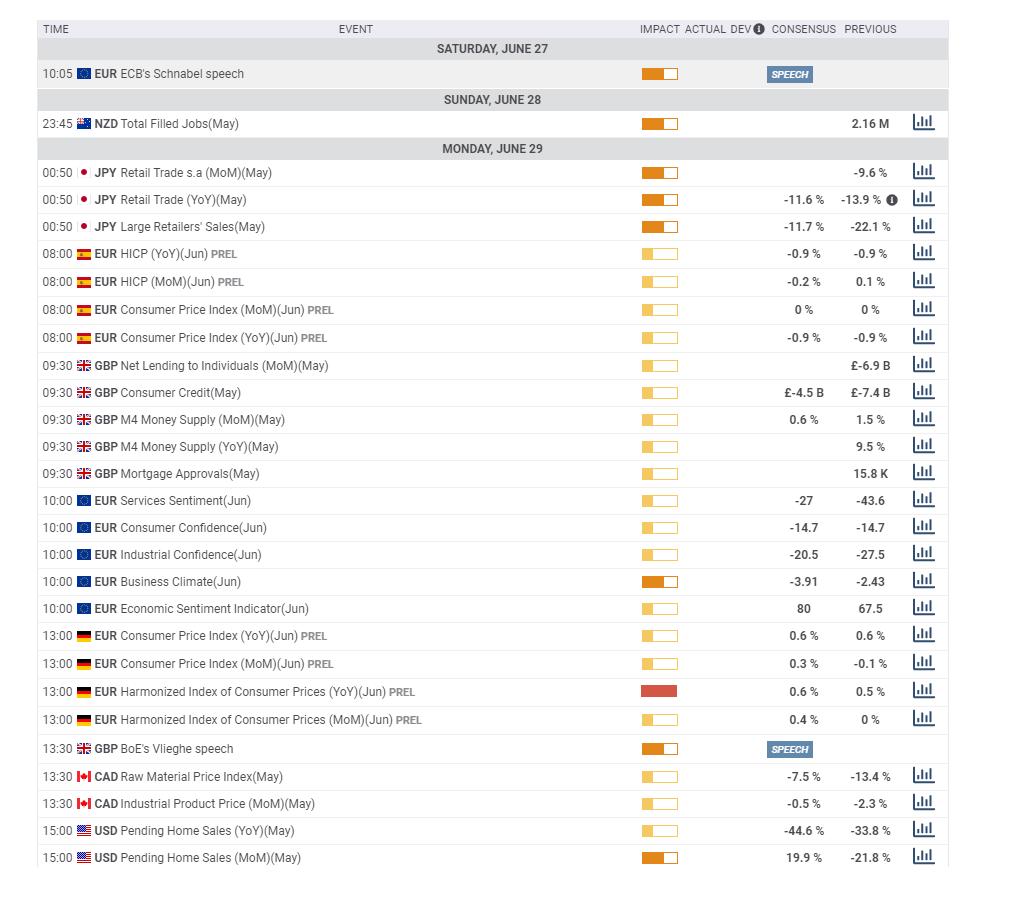 Successful traders use economic calendars to tell them when governments are due to release statistics regarding the health of that particular nation’s economy.  Such data release information can be found on an economic calendar such as this one.  The majority of brokers provide an economic calendar, and you should refer to it every day in order to avoid trading around times of possible extra market volatility surrounding the release of high impact economic data. 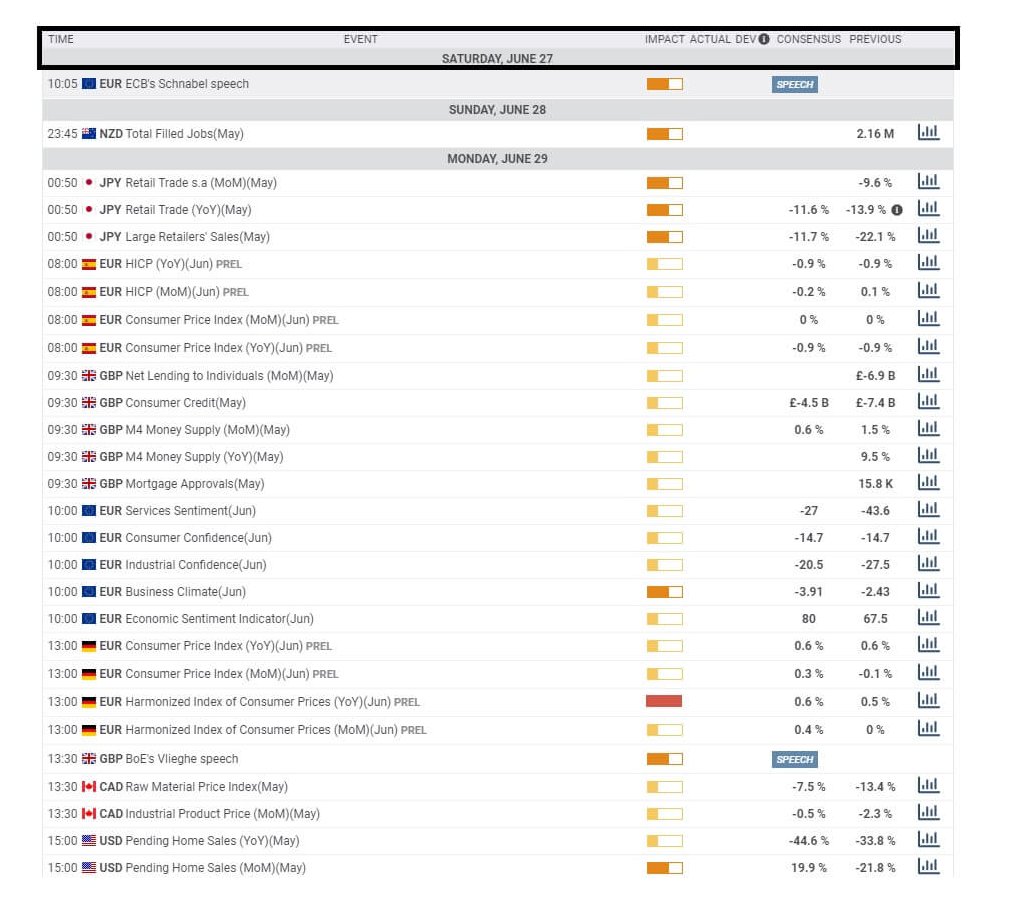 The critical components of an economic calendar are the day, date and time, the actual event, the likely impact of the data, the actual data upon release, the previous data for comparison, and a market consensus of what the likely figure will be. 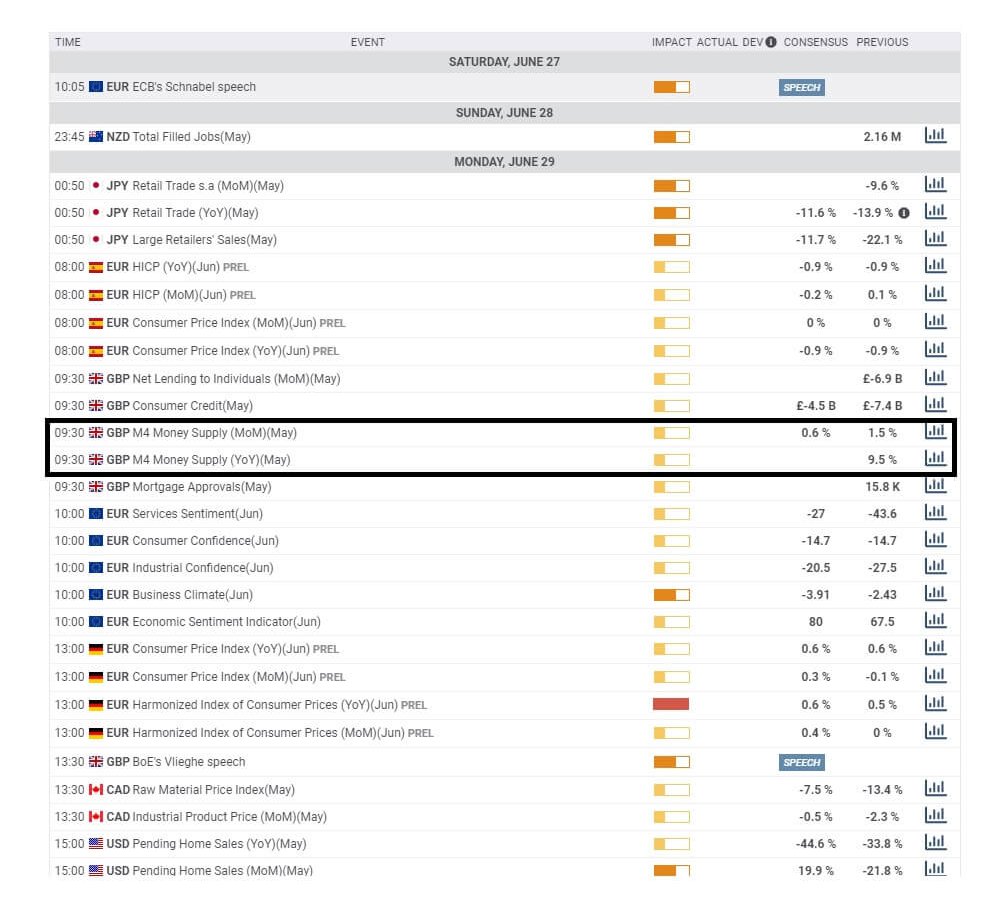 Here we can see that on Monday, June 29th at 9:30 BST Great Britain will release is M4 money supply data for May and also the year on year update, and where the economic impact is considered to be low.

All countries pay particular attention to money supply, but in the UK, the M4 Money supply data Is released by the Bank of England. Basically, it is an indicator that tells the market how much sterling is in circulation, in both notes, coins as well as money held in bank accounts.

Typically, more money in the system usually reflects lower interest rates and where this might generate more investment while increasing the amount of money in consumers’ bank accounts, which thereby stimulates spending.

Intern businesses will buy more materials to increase production for consumers’ needs, and this increased business activity might also have an effect on the labour market, which might see more employment during such times.

The opposite would apply if money supply falls, which could be a reflection on economic growth rates.
There are various types of money supply levels from M0, M1, M2, M3, and M4. And you might hear terms such as broad money supply, Narrow money, I’m very in degree as to the type and size of a council in which the monies and coins are kept.

Money supply data is published periodically by the country’s Central Bank or the Federal Reserve as in the United States, and where they release the pertaining data on a weekly and monthly basis. Their respective treasuries issue paper and coin currency depending on their requirements, which will change from time to time, depending on economic circumstances.  For example, during the economic crisis brought on by the coronavirus, central banks have issued more money into their economies for banks to hold on reserve in order to extend credit.

M4 is the bank of England’s main measure of money supply and would be a comparison of M3 measures in many other countries. The Bank of England does not set a target for money supply. However, the monetary data does throw lights on the incremental outlook for inflation, and because government’s do usually have targets for inflation M4 money supply does play a significant aspect in the UK economy. At the moment the British government, like most, is extremely active in providing stimulus to shore up the British economy from the effects of the coronavirus, this stimulus, or quantitative easing as it is known, is a policy aimed at boosting money supply.

Although the M4 money supply data will not usually be a market-moving indicator, it is important that traders keep tabs on all governments’ money supply data, and quantitative easing in particular, in order to gauge what each country’s government is doing in this area.