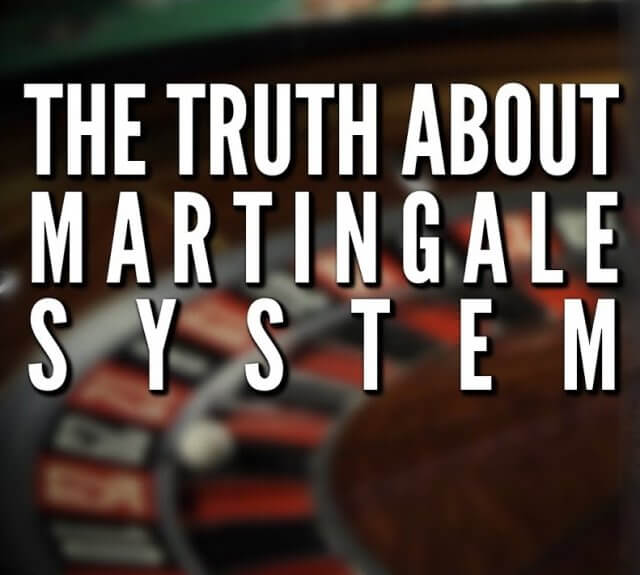 There are a lot of strategies out there, some are fantastic and some not so much, there are also some that you should be avoiding like it was the plague, these are strategies that are either extremely unrealistic or will increase the risk within your account to an unacceptable level. Some also have literally no risk management and just rely on luck or hope that the markets will change.

One of those such strategies is the Martingale strategy, this strategy was first seen in the 18th century and was most popular in France. This strategy was used a lot in the casinos, there were those that made a lot of money from it, but far more lost everything. The casinos also came up with their own defenses and changed the way some tables world primarily to simply prevent people from using this strategy.

So if the casinos are changing things to prevent it, it must be quite effective right? Well, it can be, it can actually guarantee you wins, the problem is that you will need an unlimited amount of money in order to guarantee a win.

What is the Martingale strategy?

The idea behind the Martingale strategy is very easy to understand, you place a bet at $1 on a 50/50 outcome, if it wins, then you get back $2, If the first bet losses then you will double up your bet, so the next bet would be $2, if that wins, you get $4 back which is $1 profit ($1+$2 bet $4 win). If it loses again, then you double it again and place a $4 bet, you are starting to see the pattern now.

Those that advocate the strategy will tell you that if you have enough money, you will always have a winning bet, this is technically true, the laws of probabilities indicates that you will eventually have a win, the problem is, that you would potentially need millions in order to win that $1 if too many trades go the wrong way. The amount that you need to pay can very quickly get out of control. 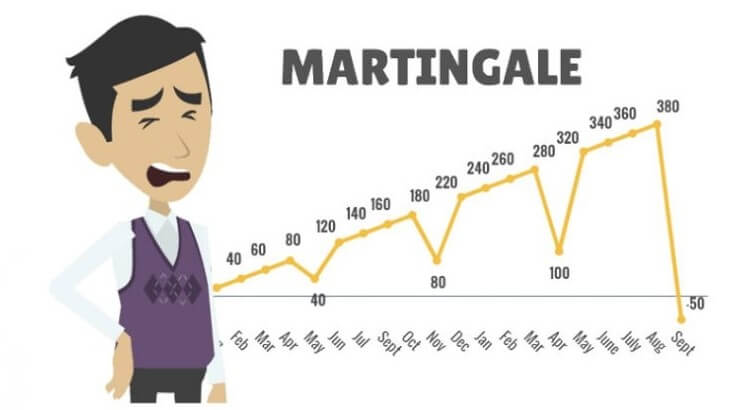 So looking at that table, you can see that the amount that you are betting and the potential losses can very quickly go through the roof and they will continue to escalate at a much faster pace the more you go. Many people will be expecting to make a win before getting to that stage, but are you really willing to potentially risk $1000 just to get a $1 profit, it really isn’t worth it, this strategy is only achievable if you have an unlimited amount of money.

Many people have tried to use this strategy, unfortunately, the majority of them have lost all of their money. When you look at it from the outside, you would assume that you would win at least one of your trades out of 10, but the markets do not work through those sorts of probabilities, the majority of people using this style do not necessarily use a well thought out strategy, instead, they trade and hope, hope that one of their 10 trades wins, but unfortunately, a lot of people often realise that it is not quite as easy as that, and so ultimately lose.

There is also an anti martingale strategy, this works in much the same way, except that you would not be increasing the bet size after each win instead of a loss. People believe that they should take advantage of their winning streaks, each win will multiply the current profits, you then reset down to the minimum trade until the next win when you then double up again. This method will help to reduce the potential losses, however a run of losses will still then require you to win a number of different bets or trades in order to make up the differences, so it is still considered as quite a risky strategy, but nowhere near as risky as the original Martingale strategy.