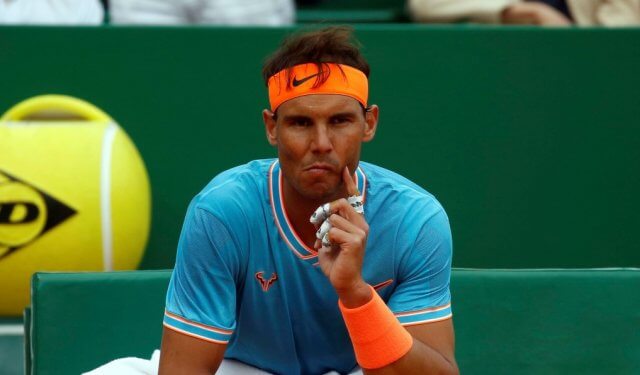 I have been wondering for some time now what role does our mind-brain play in trading? And I keep asking myself that because rivers of ink are written and written about the emotions we have when it comes to operating in the markets. And especially because I’ve seen with my own eyes newbies who lose their money because they put their sights on the anxiety of winning and earning money and do not prepare mentally for the journey you are thinking of starting.

I think there is a lot of confusion in this because if we have a fortified mind and extraordinary mental strength, that is excellent, those emotions that everyone talks about (Psychotrading) will be minimized to the minimum power or expression. I believe that all those emotions that we face are produced because we have a weak mind, a mind that has not been trained for the new challenges that we will face. What I am saying we can see in the athletes when they are going to hold the championship of their life they concentrate to face that great challenge. And how many times have we heard concentration…concentration…

And how many times have we heard that Rafa Nadal has a privileged mind, that even despite losing in some match he made a comeback. We must therefore have a prepared, fortified mind. A mind capable of assuming a losing point, that is unaffected and can continue to play as if it were starting from scratch.

A mind that, when it wins, continues to strive and give its best, as if it had just started the game. A mind, constantly resetting itself, a mind prepared to assume a loss or a victory without emotions dominating and influencing it.

“This possibility of self-observation when we prepare to operate in the markets and live those emotions that trap us is what allows us to detect thoughts, emotions and mental patterns that disturb or prevent us from getting what want.”

But the mind not only has the ability to observe itself, but at the same time it can regulate itself, modify thoughts, reduce or nullify emotions and modify behaviors, but if it does not regulate and train itself, can end up falling prey to the brain’s emotional system and losing control. Therein lies a key ingredient for success, applicable to Trading, and to other professions and aspects of our lives. Needless to say, this is totally opposed to human behavior and this is where we have to work and a lot.

“The brain controls all aspects of our life and today we can visualize more clearly the advantages and disadvantages of the mind and brain.”

So if you have in your mind the winning patterns, clear and constantly visualized will help you to earn money and not lose it. Normally, we are influenced by everyday events that happen and they can change us the whole day. Let’s remember that phone call, that email, that conversation that left us somewhat dejected and made the rest of the day have another color.

It is very difficult to avoid this, we are not robots and things that affect us. So imagine something as emotional as earning or losing money, where other feelings are also mixed, such as ego, frustration, desire for revenge, anger,… it is an explosive mixture of emotions, which, it is not at all simple, separate yourself and continue there, without any influence, either positive or negative.

Rafa Nadal says in his book:

“Being focused means doing at all times what you know you have to do, never changing your plan unless the circumstances of the game or the game change in such an exceptional way that they justify the appearance of a surprise. But in general terms, it means discipline, it means restraining yourself when the temptation to gamble arises. Fighting that temptation means having impatience or frustration under control.”

Having the emotions controlled, within oneself and without them activating a response, neither in your external behavior but also in the interior, is key and means that the emotions should not make you change your behavior and if possible, nor your mood. Not an easy task.

In forex trading, if you want to know your odds you must know your trading system very thoroughly and that is only achieved after thorough research on it. My advice is that you set yourself qualitative, never quantitative objectives and the former will take you to the latter and a much more direct and satisfying path.

I remember in the past, in the attempt to achieve this longed-for mental discipline, recording myself with the computer camera. I wanted to see my expression when I lost an operation when I won, what my eyes said, my gestures… it was revealing. I discovered that everything affected me, when I lost an operation, sometimes my eyes became sad, I felt frustrated and other times, my expression was of anger and desire for revenge.

The first step to achieving that control is to know yourself. What seems obvious isn’t so much, let alone when your money’s at stake. Well, that’s the first job to do, getting to know each other, how do you react to a losing operation? Do you get scared? Or, perhaps, are you one of those who want revenge? Perhaps that answer depends on why that operation has been unsuccessful. And when an operation wins, do we get euphoria and become more confident? Needless to say when we win, for example, 300 € in an operation and then we lose them after 15 minutes.

Let’s analyze, study our behavior, be aware of what affects us, and why. This mental work acquires another dimension that is what makes the difference between a great professional tennis player or one who does not achieve success in this profession. Or between a successful trader and a loser. And this mental work will make the difference between getting to consistency or not. That’s right, it won’t be the system, it won’t be our enormous know-how, it won’t be the development of a trading strategy. No, it will be our mind. Obviously, all of the above are necessary ingredients, but not sufficient.

If we have a great system, but a weak mind, we will not succeed. If we have a simple system but a prepared mind, we can come to consistency. Let’s work in this direction, videotape ourselves while we operate, write in an emotional journal at the end of our intraday operation, explain to ourselves everything that happened, as if we were telling someone, Let’s go for a walk or a sport and let our minds clear and speak to us… Do you think Rafa Nadal was born with that winning mind?

This mental work is not a waste of time, believe me, it is the missing piece in our puzzle to get consistent trading.