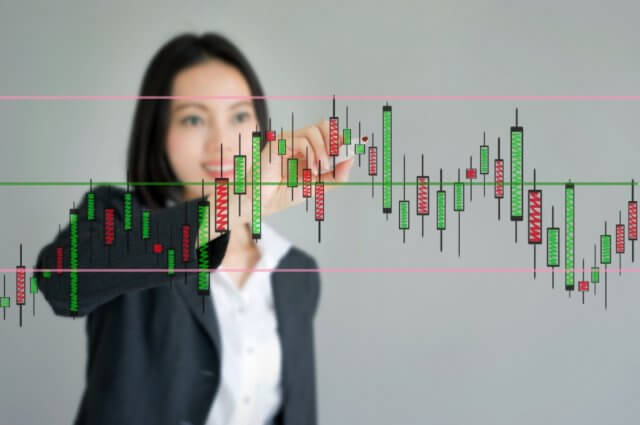 Liquidity is often confused with volatility, but both are different concepts. A liquid currency is an asset that can be exchanged very quickly for another type of asset. We will always find many buyers and sellers in the liquid market and consequently, the spread will be very small here. But as soon as some important news is published, buyers or sellers disappear from the market, and the currency changes from liquid to volatile. However, there is no strict inverse relationship between these terms. In this summary, you will learn more about this, as well as what liquidity is, what it depends on, and much more.

What market is the most liquid? It is logical that the less liquid markets are those of antiques and collectibles, where the turnover of capital is relatively small and, more importantly, few participants. Stock and foreign exchange markets are different. The stock market is believed to be more liquid, at least because the turnover of the OTC currency market is almost impossible to assess accurately. But can you buy a stock in two clicks with 10 US dollars? And a currency? That is precisely why I believe that the liquidity of the foreign exchange market is more attractive to a low-capital investor.

In this article, you will learn:

*What is the liquidity of a currency and why a trader needs to know about it.

*Strategy and liquidity. How can we choose a currency pair for a particular type of trading system.

The concept of “liquidity” can also be easily found in the financial results of companies. It means assessing the company’s ability to pay its obligations quickly. Liquidity ratios are an aid to assessing the solvency of a legal entity. We can comment on this issue separately (if you are interested, leave a comment), but this summary will focus on currency liquidity.

Use of Liquidity and Market Volatility in Strategy Building

The liquidity of one currency measures the possibility of exchanging rapidly one currency unit for another. The faster it can be done, the more liquid the currency unit is. Freely convertible currencies are considered the more liquid. The lower the country’s share of the global economic space, the greater the “regulation” of the domestic market, and the manual control of the economy, the lower the liquidity of the currency.

Simple analogy. You have US dollars on your hands. You can always quickly find someone who is ready to exchange them, for example, for euros, because both currencies are traded worldwide. You can also change them with the same ease again. USD and EUR are very liquid coins, just as the EUR/USD pair is a highly liquid pair. You can also buy Venezuelan bolivars with dollars. The country goes through hyperinflation and will gladly sell you the national currency. But then you won’t find buyers and will be forced to sell it for a penny. Bolivar is a low-liquidity currency.

In a highly liquid market, there will always be a relatively equal number of buyers and sellers (or an equal proportion of supply and demand). Liquidity reflects the interest of market participants in both the absolute number of participants and the volume of transactions per unit of time. When liquidity is very high in a market, the faster goods can be sold/purchased, and the greater the volume of transactions possible.

Simple analogy. There is a market where there are 10 vendors, each ready to give 5 euros. The buyer needs 45 euros, the market volume is 50 euros (10*5). For the buyer, this market is very liquid. If there were 3 sellers, and each would be prepared to offer 15 euros. This market can be called highly liquid, as supply and demand satisfy each other. Suppose there are only 1 buyer and 1 seller on the market. The buyer wants 40 euros, but the seller only has 10 euros at the current price. The buyer is forced to raise the price or wait for other sellers. It is a low liquidity market.

Traders often confuse the concept of liquidity and volatility. Volatility is the extent of price changes per unit of time. In a market with excellent liquidity, prices do not have very large fluctuations in one direction or another, as purchases and sales are made almost instantly at satisfactory prices. Price moves smoothly in small steps. Conversely, a low-liquidity market has frequent price spikes.

High liquidity does not mean high volatility. A high-liquidity market is characterized by smooth movement, while in a low-liquidity market the shares of large individual players can bring chaos to the movement. Why do you advise not to operate during the news outing? Because any news is subjective and liquidity providers prefer not to open operations. The loss of liquidity generates an increase in volatility (increased amplitude), a situation in which small volumes of transactions, even small amounts, can influence price.

Differences Between Liquidated and Non-Liquidated Currencies

*Small spread (the difference between purchase and sale price). If the coin is not attractive to buyers, the seller will be forced to lower the price until a buyer wants to buy it.

*Free access to information. If liquid coins are attractive to traders, so are analysts, news agencies, etc. You can find information about non-liquid currencies mainly in the original sources.

*Economic development. Low-liquidity currencies are the currencies of developing countries.

*Liquidity tends to change. Despite the fact that more liquid pairs are considered freely convertible currencies, a possible situation is when the price of a particular asset falls but cannot be sold due to a lack of buyers.

Liquidity on Forex Depends On…

*Supply and demand volumes. Large trading volumes provide the currency with a constant supply and demand. If there are, for example, few buyers in the market, the seller is forced to place a lower price to have buyers available or expect. The fewer participants negotiate, the less liquid the currency.

*Key factors, including holidays. News, press releases, speeches by representatives of central banks, force majeure: all this affects, to a certain extent, the volume of trade, which also means in liquidity. The liquidity of the currency is also affected by trading days. For example, on the eve of holidays (or the holiday season), trading volumes are reduced and liquidity along with them.

*High liquidity currencies are EUR, USD, JPY, CAD, GBP, AUD and CHF. If we talk about the liquidity of currency pairs, these are all previous currencies paired with the USD, although opinions differ here. In some sources, the GBP/JPY pair is also considered highly liquid

Interesting fact. The 2008 crisis showed how liquid currencies can quickly become volatile. In addition, investor dissatisfaction with the growing US public debt that we see more and more is a time bomb. According to one version, USD liquidity may falter and commodity currencies in the foreground will emerge as the most stable (least exposed to demand and volatility). These include the Norwegian krone, Australian, New Zealand, and Canadian dollars.

Choosing a Trading and Liquidity Strategy

Should I consider the level of liquidity when creating a strategy? The question is not so clear. I will try to put the same thing in other words. Small traders often follow the trend, that is, they follow the majority led by market makers. Which market is profitable for big players in terms of liquidity? There are two versions:

High liquidity market. Excessive liquidity will serve as a buffer for the sudden formation of price spikes. In other words, large volumes liquidate sudden price spikes. This market is considered quieter because it is interesting for market makers who are used to stable pragmatic trading.

Low liquidity market. The condition when a small number of traders remains in the market is called a thin market. For example, during the holiday season or holidays. For large capitals, this is a gold mine. The less liquidity, the easier it will be to change (need less money) the price in the right direction, taking it to key levels (disrupting other people’s stop orders).

Everything depends on the situation. It is very logical that liquidity levels may affect the choice of a particular strategy, but they do not actually affect it as much. For example, the EUR/USD currency pair is considered very liquid and with average volatility. When the market is calm, it is very suitable for intraday trading and scalping, but during the news outing, its expected volatility increases sharply, thus eliminating most scalping strategies.

What is Liquidity in a Currency?

Here you can see that, despite the high liquidity in short terms, in long-term periods, the amplitude of the movement is quite large.

A trader must understand microeconomics and macroeconomics, know where to get some information quickly, understand the economy and policy processes of developed countries, and know what will have the greatest impact on the exchange rate.

Highly liquid currency quotes are more susceptible to the manipulation of large capital. The larger the size of the market and the smaller the participants, the greater the possibility of creating the right news fund using the right media, analytical summaries, or statistics.

Low-liquidity currencies are suitable for two categories of traders: lovers of long-term strategies and those who trade in Forex for excitement and pleasure, so the probability of winning is low. While here you don’t need to constantly monitor the news.

What is Liquidity in a Currency?

This calculator can provide indirect information about liquidity. For example, low volatility may indicate high liquidity at this time. On the other hand, this can mean a plane, that is, the absence of negotiation in this pair. In other words, the volatility calculator does not allow for unequivocal conclusions regarding the level of liquidity, but it can serve as an auxiliary tool.

Conclusion. Liquidity is the ability to quickly exchange one asset for another. Low-liquidity markets are not protected against sudden price jumps. They may be of interest to investors who tend to take higher risks for high returns. The main advantage of highly liquid markets is that no major player is able to influence price significantly. They, therefore, involve fewer risks and, due to greater predictability, are more suitable for technical analysis.