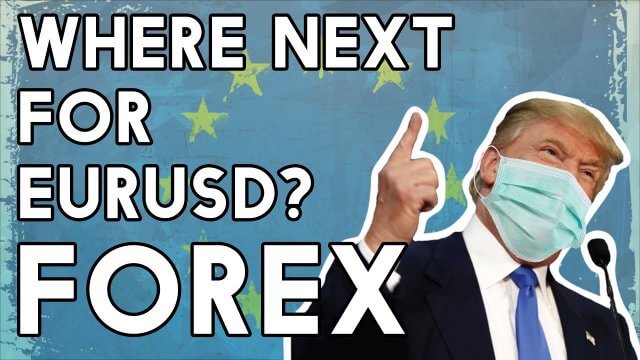 Where next for EURUSD pair?

Thank you for viewing this forex academy educational video.

In this session, we are going to be looking at what has been going on with the euro US dollar pair in terms of what has been driving it to its current levels and where we might expect price action to go from here.

Firstly, we always read our charts from left to right because they tell a story. On this one-hour chart of the euro US dollar, we can see a strong area of support where the price was not able to breach below the 1.1375 level, having already flirted with levels above the 1.1400 key level.
The next significant part in this bull move is at position A which was when the EU leaders agreed the €1.8 trillion budget and recovery package for the eurozone member states, which included debt and grants.
Initially, this was seen as a buy the rumour sell the fact scenario, where price action reached a high hi of 1.1470 on the news that the 27 members had finally reached an agreement.
Price action fell back to the key 1.1400 level before finally moving up to position C before the pair pushed above the key resistance line there. Note how the Bollinger bands opened up to facilitate this push, which was a very aggressive move, taking the pair air up through the key 1.1500 handle without any initial pullback or resistance here, before finding some resistance at position D at around 1.1550. Profit-taking leads to a pullback to position E, which was just above that key 115 handle.

Again, the bull’s push the pair higher in a very aggressive drive up to the next key level 1.1600, before profit-taking pulled the pair lower into a neck formation, and before the secondary spike higher, which could not quite reach 1.1600 level, which was seen as a potential double top. And when the EU Brexit negotiator Mr. Barnier made comments that the potential of a no-deal Brexit was very high, the pair pulled back to position G only to be reversed aggressively at position H due to poorer than expected Initial Jobless claims unemployment numbers from the United States on Thursday the 23rd.
Price action subsequently moved up in another aggressive bid and punched up to the 1.1625 handle before fluctuating at its current levels around the key 116 handle.

The next important phase will be whether price action can find a firm footing above 1.1600. The Euro has certainly got the market sentiment in its favour currently, with Covid still aggressively running rife in the USA and where the EU seems to be coming up with successful stimulus packages for the Eurozone area. A failure at this critical level could see a retest of 1.1550 and lower as the market considers if the pair has simply run out of steam at these multi-month highs.

The only caveat being that all of this stimulus is mostly made up of debt, and this could be an anvil around Europe’s neck if the economy does not recover as expected during 2021.