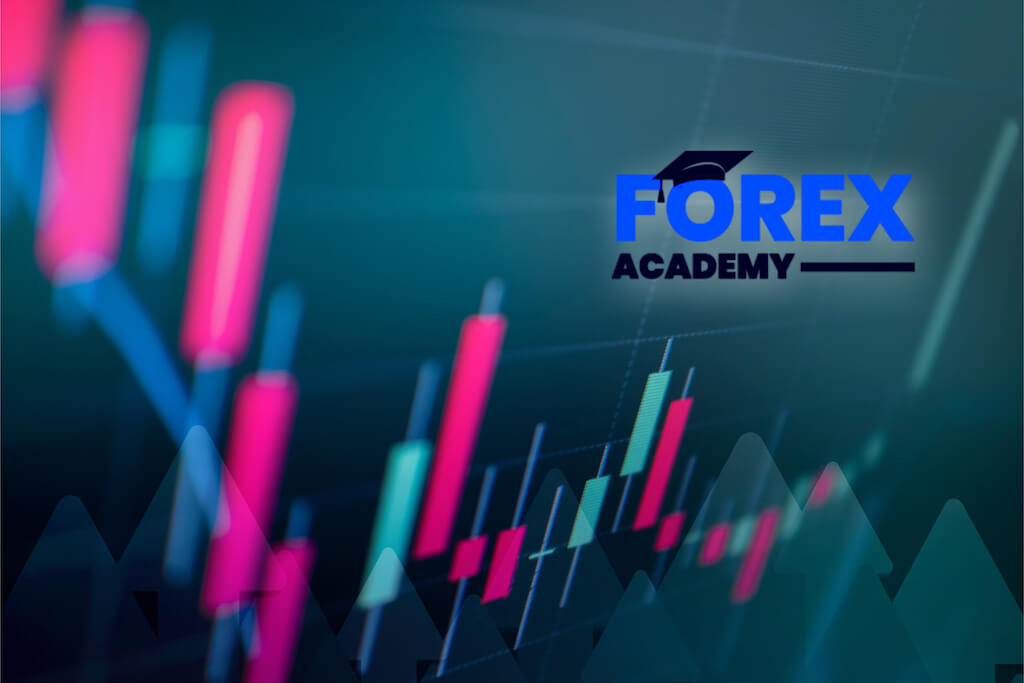 Candlesticks are great because it makes trends visual at first glance. But most candlestick users stay just with that trait and don’t go more in-depth.

Of course, everybody knows some candlestick patterns such as Morning and Evening Stars, Haramis, Dojis and Shooting stars, but what’ is hiding inside the candlestick?. How to extract market sentiment from its shape or pattern?

A candlestick is condensed information of the price action within its timeframe. The corollary is that if we go to a shorter timeframe, the candlestick now is a pattern of several candlesticks. 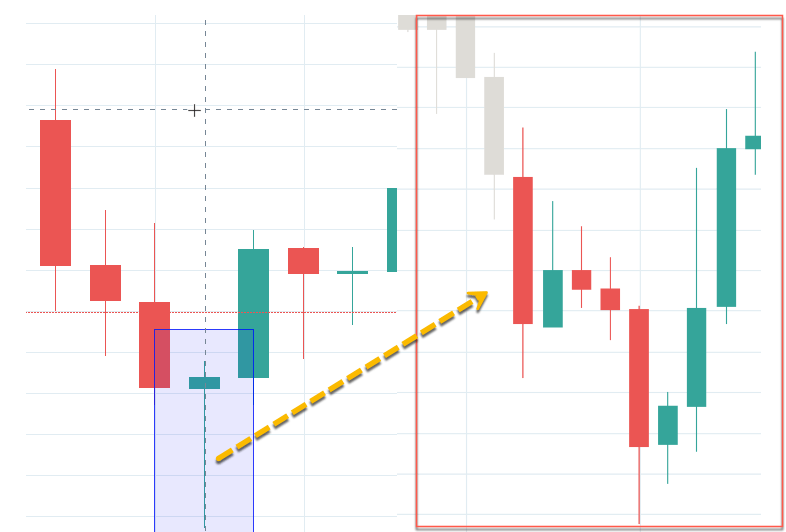 We notice that the candle has one segment dominated by sellers and the other part controlled by buyers.

Which sentiment dominates in sellers at the bottom?

Which sentiment dominates in the way back up?

There are only two stages in the market: Impulses and corrections of previous impulses. So how to spot the price is in an impulsive or corrective phase? 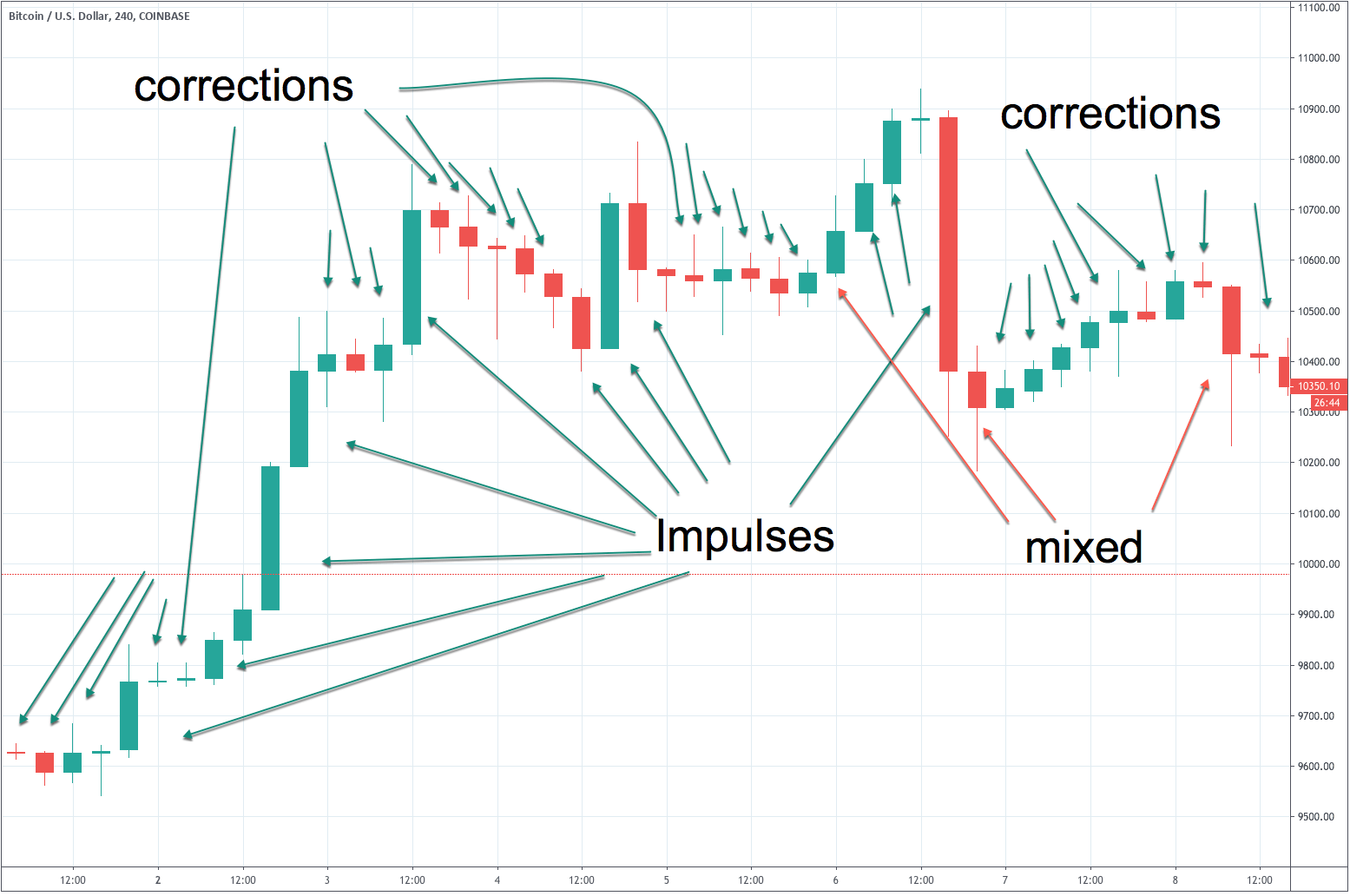 How to know if a candle is impulsive or corrective?

To spot an impulse look for a candlestick with a large body and almost no wicks or shadows. To spot a corrective movement look for small-bodied candles with or without wicks ( usually with wicks).  Sometimes we find both characteristics in a candlestick. That may mean it is a combination of impulse and correction. That is ok since there is no law that forbids the start of a correction or impulse in the middle of the timeframe of a candle. Sorry, the universe is not perfect!

Once we know facts 1 and 2, we are in the position to spot who controls the price action: buyers or sellers.

One clue is, of course how the candlestick closes, but the other clue is where are and how long are wicks. If we spot several candlesticks with large lower wicks we could reason that the buyers are pushing the price above the bottom of the candlesticks. If wicks happen on top we could deduct the opposite: Sellers selling the rally. 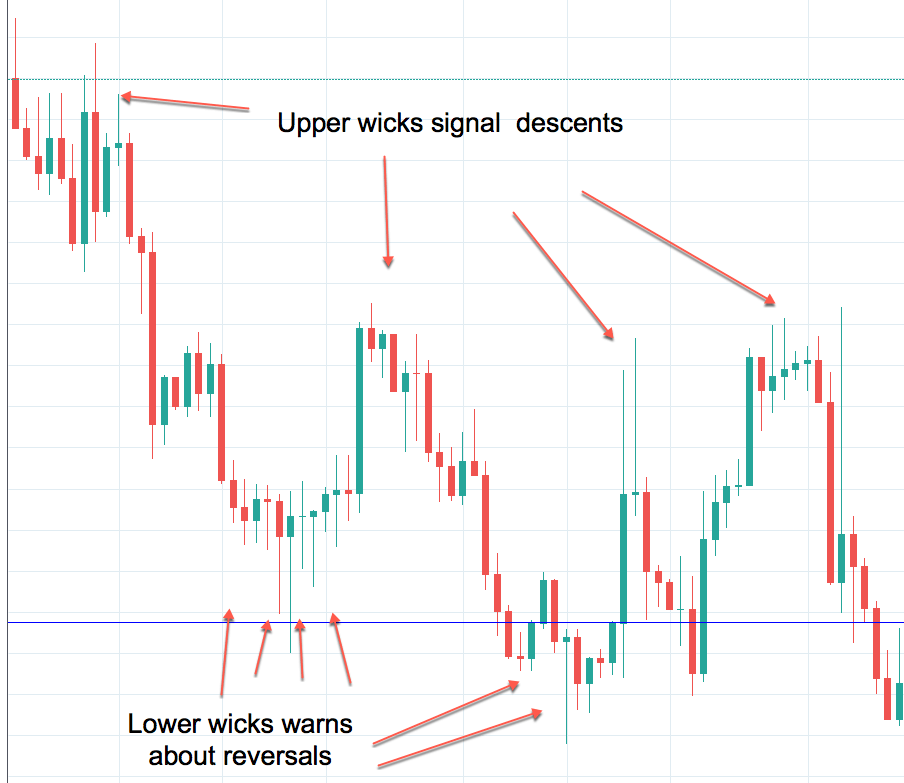 A downward trend with a lot of lower wicks is weak. That applies to an upward trend with lots of upper wicks.  Therefore, we can detect the market sentiment by just observing the wick appearance on the candlesticks.

So now we know that there is much more than just fancy colors and trend visualization. We have to inspect and pay attention to body and wicks, also called shadows by Steve Nison. The information provided by a single or a group or candlesticks is worth the time spent.