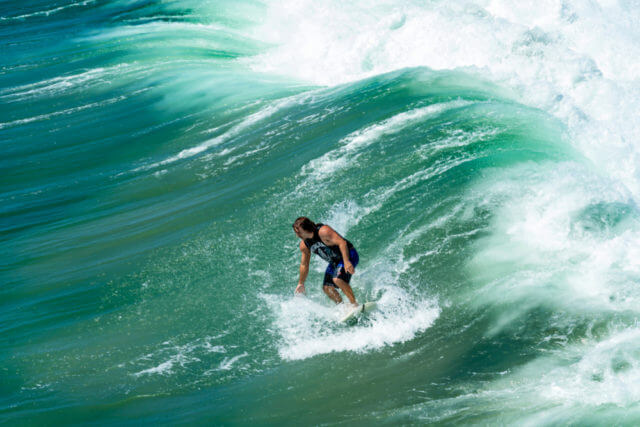 The Relative Strength Index (RSI) indicator was developed in 1978 by J. Welles Wilder. the RSI is a Momentum indicator that measures the change of the price movement. In this educational article, we will review how to apply the RSI with the Elliott Wave Analysis.

Possibly, the RSI indicator is the most widespread indicator from professionals to retail traders. The RSI is an oscillator that moves in a range between 0 to 100. Alexander Elder describes it as a “leading or coincident indicator – never laggard.”
Some applications of RSI are tops and bottoms identification, divergences, failure swings, support and resistance, and chart formations.
In the Elliott wave theory, the RSI application can to aid in the wave identification process. In particular, the identification of divergences is the most used application in the wave analysis.
J. W. Wilder describes the divergence between the price action and RSI path as a “powerful indication that the market could reverse soon.”
A divergence takes place when the price is still increasing, while the RSI began decreasing (bearish divergence). Or when the price falls, and the RSI climbs (bullish divergence.) In the wave analysis terms, divergences appear between the end of waves three and five. Let’s see a couple of examples.

RSI and the Elliott Wave Principle

Johnson & Johnson (NYSE:JNJ), on its weekly chart, illustrates the RSI and the Awesome Oscillator. Both indicators show the divergence created between the end of waves three and five.

On the JNJ chart, we also can observe the RSI levels when price action runs in a wave three. When this occurs, the RSI tends to move between the levels 70 and 80.

The following chart corresponds to the Dollar Index (DXY) in its 8-hour timeframe. From the figure, we observe the bullish sequence developed in five internal legs, in which we observe that each leg has three waves.

As a conclusion from the study using the RSI indicator and wave analysis, the price action unveils an ending diagonal pattern. The Elliott wave structure shows us that the Greenback should see new lower lows.