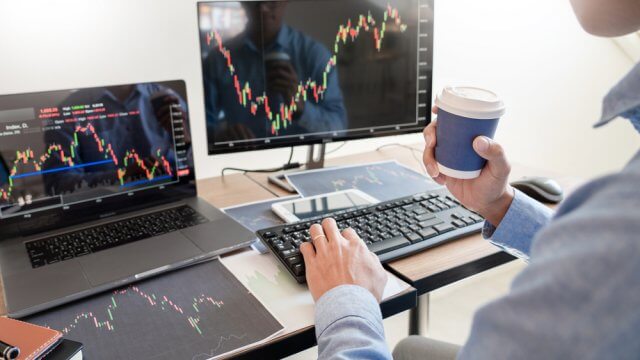 It’s going to be a busy day from the news front, as the market will be focusing on the German Factory Orders m/m, ECB Economic Bulletin, Retail Sales, and CPI figures from the Eurozone economy that can drive price action in the Euro pairs during the UK session. On the other hand, the dollar’s movement can be influenced by Unemployment Claims and ISM Services PMI scheduled to be released during the US session.

The EUR/USD pair was closed at 1.23259 after placing a high of 1.23492 and a low of 1.22653. The depressed US dollar after the signs of a Democratic win in the US Senate runoff elections and the rebounded risk-on market sentiment helped EUR/USD pair to post gains on Wednesday.
The markets anticipated a Democratic win in the US Senate election in Georgia that would evacuate the track for a bigger fiscal stimulus package; the greenback came under pressure. Democrats won one US Senate race in Georgia and led in another on Wednesday, moving closer to a sweep in a Deep South state. The result will be announced on late Wednesday, and winning both seats by Democrats will give Congress control to power the President-elect Joe Biden’s policy goals.

Biden has said that he wanted two fiscal stimulus packages in 2021 to support his economy through the pandemic. His first order is expected to increase the stimulus paychecks amount to $2000 rejected by Republicans. These hopes kept the US dollar under pressure and supported the upward momentum in the EUR//USD pair.

Meanwhile, the market’s risk sentiment was improved after the resurgence in global manufacturing as shown in various surveys this week despite the rising coronavirus cases, which also gave strength to the risk perceived EUR/USD pair on Wednesday.

The EUR/USD continues trading with a bullish bias at 1.2367, facing resistance at the 1.2350 level. On the lower side, the support continues to hold around the 1.2278 level. Simultaneously, the bullish breakout of the 1.2350 resistance level can extend buying until the 1.2435 level. The leading indicators such as RSI and MACD support selling, but the EUR/USD 50 periods EMA is likely to support at 1.2289.

The GBP/USD pair was closed at 1.36075 after placing a high of 1.36711 and a low of 1.35380. The currency pair came under pressure on Wednesday amid the rising number of coronavirus cases in the UK, depressing comments from Andrew Bailey, and the poor macroeconomic data from Great Britain.

The UK has more new coronavirus cases per capita than any other major country globally as the number of daily cases topped 60,000 for the first time this week. The latest data suggested that around one in 50 people in the UK currently have the virus. Only the US has a per capita infection rate nearly equivalent to the UK of any country with more than 1 million cases.

Since December 06, the average number of new daily cases has risen from around 15,000 to above 55,000. PM Boris Johnson said on Tuesday that about 1.3 M people have so far received a coronavirus vaccination. The rising number of coronavirus made the UK the worst-hit country in Europe in terms of cumulative cases and weighed on its local currency British Pound, which ultimately added weight to the GBP/USD pair.

Meanwhile, on Wednesday, the Governor of Bank of England Andrew Bailey risked reigniting the politically charged debate over Brexit by predicting that the trade deal struck with the European Union could end up costing the UK economy the equivalent of more than 80 billion pounds.
During his first public comments since Britain completed its withdrawal from the bloc on December 31, Bailey endorsed warnings from the Office for Budget Responsibility, the fiscal watchdog, that gross domestic product will be as much as 4% lower in the long term than it would be had the country remained in the EU.

These comments from the Bank of England governor right after the Brexit completion raised fears and added weight on Sterling that eventually dragged the GBP/USD currency pair on the downside. On the data front, at 14:30 GMT, the Final Services PMI from Great Britain for December dropped to 49.4 against the expected 499 and weighed on British Pound and added more losses on the currency pair GBP/USD.

However, the GBP/USD pair’s losses were somewhat recovered in the late trading session over the positive sentiment that was mostly driven by the rising expectation that the Democrats will win both seats in Georgia’s Senate runoff. A clean sweep for the Democrats would hand charge of both houses of Congress to the incoming administration that would pave the way for Joe Biden to push through more stimulus. This left the US dollar under pressure and supported the GBP/USD pair in late trading hours.

The GBP/USD pair continues to consolidate in a narrow trading range of 1.3625 – 1.3556. The Sterling may face immediate resistance at the 1.3625 level, and the continuation of an upward trend can lead the Cable towards the 1.3700 resistance level. On the lower side, the breakout of 1.3545 support can extend the selling trend until the 1.3468 level.

The main driver of the pair USD/JPY remained the US yields followed by the elections to decide the US Senate’s composition. The 10-year yield reached 1.05%, its highest since March, and supported the US dollar that ultimately pushed the USD/JPY pair higher on board. The market sentiment was not affected by the weaker than expected US economic data as the Dow Jones was at record highs, up by 1.55%, and the NASDAQ gained 0.51%.

Markets were pricing the prospects of a Democratic win in the US Senate runoff elections in Georgia. The Democrats already have the House of Representatives, aka lower chamber of Congress, in their control. Winning the Senate elections will also give them control over the upper chamber that means they will have a complete majority in the US legislative assembly and the power to push forward their agenda.

The term of Joe Biden will begin on January 20. He has hinted that he wanted at least two stimulus packages in 2021 to overcome the damage caused and expected to continue from the coronavirus pandemic. Markets were also pricing their bets on the prospects of Biden’s first order that is expected to push out $2000 checks to most Americans that had been strictly opposed by the Republicans.

Furthermore, some of the USD/JPY pair’s gains were lost in late trading hours of Wednesday as the rising number of coronavirus cases kept the global economic recovery under pressure and safe-haven demand intact. On Wednesday, Japan’s number of coronavirus cases reached its highest level as the government faced mounting pressure from health experts to impose a strict state of emergency for Tokyo.

In Portugal, about 10,027 new cases on Wednesday were reported, which was the highest since the pandemic started. Ontario reported 3266 new coronavirus cases that brought the total number of coronavirus in the region to 200,626. All these fears kept the safe-haven Japanese yen supportive that ultimately weighed on the USD/JPY pair and lost most of its gains for the day on Wednesday.