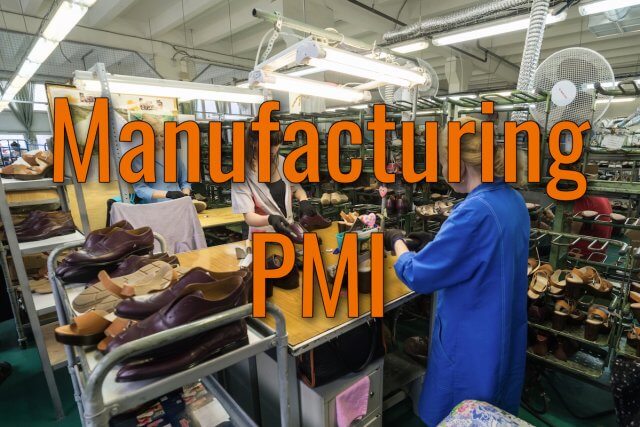 On the news, the eyes will remain on the PMI figures from Eurozone, United Kingdom, and the United States. All of the indicators are expected to perform better than before, therefore, buying can be seen in EUR, GBP during the European session and selling during the U.S. session.

In the earlier trading session, the U.S. stocks were higher ahead of Powell’s testimony before U.S. Congress. Meanwhile, the worries about the resurging coronavirus cases from across the globe continue to weigh.

The S&P 500 futures and NASDAQ rose by 0.1% and 0.4% respectively on Tuesday after posting losses for four consecutive days. At the same time, Dow Jones Industrial Average continued to fell for the 5th consecutive day on Tuesday by 0.2%.

On the European side, the European stock market rebounded on Tuesday after the session’s sharp losses. Overall the market tone in Europe remained depressed amid the concerns that new lockdowns will disrupt the region’s recovery.

The fresh coronavirus outbreak in Europe has raised fears for more new lockdowns on the continent as PM Boris Johnson told people to work from home and imposed restrictions on bars, restaurants, and parks to tackle the second wave of coronavirus. Meanwhile, several European countries, including France, Spain, and Greece, have already imposed renewed lockdown restrictions.

These virus-related tensions kept the local currency under pressure and dragged the EUR/USD pair on the downside.

Furthermore, on the U.S. side, the focus was all over on the testimony of Fed Chair Jerome Powell who said that there was no doubt that the U.S. economy was recovering, however, the recovery was still dependent on the COVID-19.

He said that economic activities had come out of its depressed phase that started in the second quarter of this year when the lockdown was imposed globally. He explained that many economic indicators were showing improvement and a full recovery could only come when people become confident that a broad range of activities could be re-engaged.

Moreover, the U.S. secretary of State, Steven Mnuchin, urged more spending to help economic recovery from the coronavirus pandemic. The fed important official Chares Evans said that interest rates could be raised before inflation reached 2%. These hawkish comments from the Fed supported the U.S. dollar that ultimately weighed on EUR/USD pair and supported its daily losses.

On the data front, the Consumer confidence from Europe came in as -14 against the forecasted -15 and supported Euro that capped further losses in EUR/USD pair. The Richmond Manufacturing Index on Tuesday from the U.S. increased to 21 from the predicted 12 and helped the U.S. dollar that added further pressure on EUR/USD pair.

The stronger U.S. dollar has also driven sharp selling in the EUR/USD pair as it trades at 1.1680 level today. The pair ha formed three black crows pattern on a daily timeframe, which is suggesting odds of selling bias in the EUR/USD. However, the EUR/USD has closed a Doji candle at 1.1685 level and we may see some bullish correction over 1.1676 until the next resistance level of 1.7020 and 1.1745 level today.

During Wednesday’s European trading session, the GBP/USD currency pair extended its previous day losing streak and hit the multi weeks low near below the 1.2700 level. The currency pair hit a multi-day low the previous day after the Bank of England (BOE) Governor Andrew Bailey delivered downbeat comments and UK PM Boris Johnson announced activity restrictions to control the coronavirus (COVID-19) resurgence risk. Apart from this, the losses in the currency pair were further bolstered by the reports suggesting that the U.K.’s virus-lead deaths raised to a 2-month high, which fueled the worries about the U.K. economic recovery and undermined the GBP currency.

Meanwhile, the on-going Brexit woes also prob the currency pair bulls. Across the pond, the broad-based U.S. dollar strength, supported by upbeat U.S. economic data, could also be considered as the key factor that kept the currency pair under pressure. At this particular time, the GBP/USD currency pair is currently trading at 1.2704 and consolidating in the range between 1.2682 – 1.2748.

While discussing the positive side of the story, the renewed optimism over the coronavirus (COVID-19) aid package helping the market trading sentiment on the day. The U.S. Congress passed the stop-gap funding to avoid a government shutdown in October, which raised the hopes of breaking stimulus deadlock. Besides this, the reason for the upbeat market mood could be associated with the latest upbeat U.S. economic data.

At the data front, the U.S. data showed that existing home sales rose to 6 million in August, the highest level in nearly 14 years. Moreover, the market risk sentiment was further bolstered by the Fed Chair Jerome Powell’s measured comments. He said on Tuesday that it might be possible for the Fed to raise interest rates before inflation starts to average 2%.

As in result, the broad-based U.S. dollar succeeded to maintain its positive traction and remain bullish on the day amid upbeat U.S. data and pullback in technology shares. However, the U.S. dollar gains seem rather unaffected by the upbeat market tone and held its gaining streak, at least for now. Thus, the gains in the U.S. dollar could be considered as the major factor that kept the currency pair under pressure.

Across the ocean, the reports that suggest the worsening condition in the U.K. also keeps the currency pair under pressure. As per the latest report, the COVID-19 related deaths climbed the most since July 14, with Tuesday’s death losses being 37. As in result, the UK PM Johnson warned, “if Reprodtuon of coronavirus rate does not go below 1, there could be more restrictions.” This, in turn, undermined the sentiment around the GBP and dragged the currency pair below 1.2700.

During the day, the U.K. Foreign Minister Dominic Raab gave warning that the new coronavirus restrictions announced by the Prime Minister (PM) Boris Johnson should be taken seriously and proportionate. These remarks fuelled further worries and kept the traders cautious.

Additionally, weighing on the quote could be the statement of the BOE Governor Bailey, which raised concerns over the economic instability even before the activity restrictions, which increased courtesy to the watch today’s preliminary readings of September month PMI numbers.

At the Brexit front, the discussions need a push on fisheries and less noise over the Internal Market Bill (IMB) to break the deadlock in talks. However, the U.K. parliament recently agreed to have a say over whether the IMB will break the Brexit Withdrawal Agreement Bill or not, if yes it must not harm Northern Ireland.

The market traders will keep their eyes on the preliminary readings of September month PMIs from the U.K., Europe, and the U.S. for fresh direction. Meanwhile, the USD price dynamics and coronavirus headlines will be key to watch.

The GBP/USD traded sharply bearish at 1.2678 support level, having violated the upward channel on the hourly chart. The already violated triple bottom level of 1.2780 is likely to keep the GBP/USD pair under pressure, below this pair can drop towards 1.2678 and 1.2603 level. On the higher side, the Sterling may drive upward movement until the 1.2780 level. The 50 periods EMA is likely to extend selling until 1.2670 level. The MACD is also moving into the selling zone therefore let’s consider taking a sell trade below 1,2750 level today.

The USD/JPY pair managed to keep its early-day winning streak and picked up further bids around well above 105.00 level mainly due to the broad-based U.S. dollar fresh strength, backed by the upbeat U.S. economic data, which eventually heightened the hopes about the U.S. economic recovery. The market risk-on sentiment, supported by the Fed Chair Jerome Powell’s measured comments and upbeat U.S. data, undermined the safe-haven Japanese yen and contributed to the currency pair gains.

In the meantime, the risk-on market sentiment was further bolstered by the optimism over the coronavirus (COVID-19) aid package. Which also helps the currency pair to put the bids. On the contrary, the rising cases of coronavirus (COVID-19) keep challenging the market risk-on sentiment, which could be considered as the key factor that kept the lid on any additional gains in the currency pair. At this moment, the USD/JPY currency pair is currently trading at 105.10 and consolidating in the range between 104.90 – 105.19.

Despite intensifying concerns over the escalation in the Sino-American tussle and the rising cases of coronavirus (COVID-19), the investors continued to cheer the upbeat data from the U.S. At the data front, the U.S. data showed that existing home sales rose to 6 million in August, the highest level in nearly 14 years. Moreover, the market risk sentiment was further bolstered by the Fed Chair Jerome Powell’s measured comments. He said on Tuesday that it might be possible for the Fed to raise interest rates before inflation starts to average 2%. This, in turn, underpinned the safe-haven U.S. dollar and contributed to the currency pair.

Besides this, the market trading sentiment was also cheered the latest optimism concerning the coronavirus (COVID-19) aid package. It is worth reporting that the U.S. Congress recently showed readiness to the bipartisan stop-gap funding bill to avert the government shutdown by the end of the current month, which helps to recede differences between the ruling Republicans and the opposition Democratic party. However, the hopes of stimulus could be considered as one of the key factors that have been supporting the market sentiment.

Despite the risk-on market sentiment, the broad-based U.S. dollar succeeded to gain positive traction and took strong bids on the day amid upbeat U.S. data and pullback in technology shares. However, the U.S. dollar gains seem rather unaffected by the upbeat market tone and held its gaining streak, at least for now. Thus, the modest gains in the U.S. dollar could be considered as the major factor that kept the currency pair higher.

On the contrary, the long-lasting tussle between the world’s two largest economies remained on the cards as portrayed by U.S. Secretary of State Mike Pompeo’s latest comments, which could be considered as the key factor that capped further upside momentum int he currency pair.

The preliminary readings of September month PMIs from the U.K., Europe, and the U.S. for fresh direction. Meanwhile, the USD price dynamics and coronavirus headlines will be key to watch.

Despite sharp movement in the other currency pairs, the USD/JPY continues to follow the same technical setup. On the 4 hour chart, the downward channel is anticipated to drive selling sentiment in the USD/JPY pair as it provides resistance at the 105.250 level. On the downside, the support lingers at 104.460 level, and a bearish breakout can lead USD/JPY price further lower towards 103.700 level. The focus will remain on the U.S. manufacturing and services PMI figures to drive the further direction of the pair.