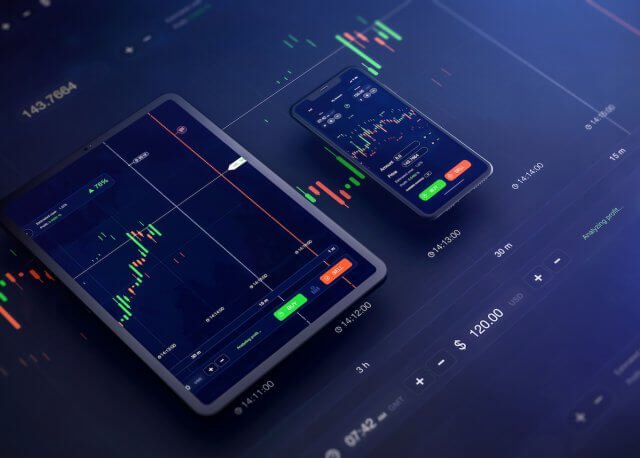 The market’s fundamental side is likely to offer us a Fed Chair Powell Speech later during the New York session. Federal Reserve Chair Jerome Powell is due to speak, along with the rest of the FOMC board members, about rule-making for the Community Reinvestment Act, via satellite. It may drive volatility in the market today.

The EUR/USD pair was closed at 1.18404 after placing a high of 1.18703 and a low of 1.18258. Overall the movement of the EUR/USD pair remained bearish throughout the day. The Euro U.S. Dollar exchange rate dropped on Friday amid the declining U.S. stock and risk sentiment. The Dow Jones Industrial Average dropped by 0.2%, and the Nasdaq Futures also fell from its record high. The risk sentiment was affected by the rising number of coronavirus cases in Europe.

According to Johns Hopkins University, the number of coronaviruses confirmed cases across the globe have raised to 30 Million, and it raised fears of the second wave of coronavirus. Since the outbreak started in China late last year, the death toll has risen more than 940,000.

After the United States, India, and Brazil, Europe has reached the most confirmed cases as it has seen a renewed spike in the infections. The World Health Organization has also issued a warning that Europe could see many deaths from coronavirus over November and October. This has weighed heavily on the Euro currency, and the EUR/USD pair has been under pressure since then.

The rising number of coronavirus cases in Europe, some European countries imposed new lockdown measures to slow down the virus spread, and it raised fears for a quick economic recovery that also kept the EUR/USD prices on the downside on Friday.

Meanwhile, at 11:00 GMT, the German PPI in August remained flat with a projection of 0.0% on the data front. At 13:00 GMT, the Current Account Balance from Eurozone also showed a surplus of 16.6B against the projection of 12.0B and supported Euro.

Apart from that, the U.S. dollar’s safe-haven status gained traction on Friday after the tensions between the United States and China raised amid the tech war. The U.S. government attempted to ban the Chinese WeChat app’s download in the United States, which was, however, failed due to rejection from the Judge. China may react to such action with anger, and this fear raised safe-haven appeal, and the U.S. dollar advanced that added pressure on EUR/USD prices on Friday.

The EUR/USD pair trades bullish at 1.1868 level, holding right below an immediate resistance level of 1.1870 that’s extended by a triple top pattern. On the hourly timeframe, a bullish crossover of 1.1870 level may lead EUR/USD prices towards the next target level of 1.1882 level. Conversely, selling bias remains strong below 1.1870 until the 1.1840 level today.

Today in the Asian trading hours, the GBP/USD currency pair extended its previous bullish trend and took some further bids around above the mid-1.2950 level. However, the currency pair’s bullish trend could be associated with the weaker sentiment surrounding the broad-based U.S. dollar ahead of the U.S. Federal Reserve official’s speech. Adding to the U.S. dollar’s problem is its latest tussle with Iran and an on-going tension with Beijing.

This, in turn, boosted the sentiment around the currency pair. Moreover, the currency pair gains could also be associated with the latest reports that the U.K. Finance Minister Rishi Sunak is again stepping forward to help businesses. On the contrary, the growing worries over a nationwide lockdown in the wake of rising coronavirus cases became the key factor that kept the lid on any additional currency pair gains. Apart from this, the on-going Brexit pessimism also keeps challenging the currency pair bullish bias. Moving on, the currency pair traders seem cautious to place any strong position ahead of the Fed policymakers’ comments during the American session,

The fears of rising COVID-19 cases in the UK, Spain, and some of the notable Asian nations like India continually fueling worries that the economic recovery could be halt, which eventually weighed on the market trading sentiment. Apart from this, the on-going political impasse over the shape and size of the next U.S. fiscal recovery package also played its role in declining equity markets. Elsewhere, the renewed conflict between the U.S. and China and the US-Iran tussle and Trump’s latest warnings to the firms helping Iran build arms also exerted downside pressure on the market risk-tone and underpinned the safe-haven Japanese yen.

Despite the risk-off market sentiment, the broad-based U.S. dollar failed to gain any positive traction and edged lower on the day ahead of the U.S. Federal Reserve official’s speech, which is scheduled to happen later in the week. Besides, the decision over the inclusion of Chinese government bonds in the FTSE Russell World Government Bond Index (RWGBI) also keeps the USD bulls on the defensive. However, the losses in the U.S. dollar kept the GBP/USD currency pair higher.

At home, the upcoming speech of British Chief Medical Officer Chris Whitty suggests that the coronavirus return is not only halting the economic recovery but also pushes the country towards another lockdown and a “very challenging winter.” On the other hand, London Mayor Sadiq Khan also said that they’re “catching up” with Covid-19 hotspots in northern England.

Additionally, capping the gains could be the fresh warning by the U.K. Transport Minister Grant Shapps about the rising odds of a nationwide lockdown, as the country’s coronavirus situation is at a critical point. At the Brexit front, the long-lasting Brexit pessimism is still looming over the GBP traders. Having initially showed a willingness to hear the Internal Market Bill (IMB), mainly due to the UK PM Boris Johnson’s offer to ease fisheries, the European Union (E.U.) is repeating the warning if London moves ahead to overcome the Brexit Withdrawal Agreement Bill (WAB). These renewed fears also weighed on the GBP currency.

Looking forward, the Chicago Fed National Activity Index, which is expected 1.95 against 1.18 prior, will be key to watch on the day. Apart from this, the traders will also keep their eyes on the speech from the U.K.’s health authorities, at 10:00 AM GMT will be the key to watch. Whereas, the continuous drama surrounding the US-China relations and updates about the U.S. stimulus package will also be closely followed.

On Monday, the GBP/USD is trading at 1.2941 mark, staying within an upward channel that’s supporting the pair at 1.2909 level. The closing of the recent Doji candle above the EMA and upward trendline support level of 1.2909 level signals chances of upward direction in the market. Thus, traders should consider looking for a buying trade with a target of 1.2996 level. Violation of 1.2909 level can trigger selling bias until 1.2828 level.

The USD/JPY currency pair extended its early-day losing streak and hit the intra-day low around the 104.28 regions in the last hours. However, the reason for the currency pair bearish bias could be attributed to the risk-off market sentiment, which tends to underpin the safe-haven Japanese yen and contributed to the currency pair decline. Hence, the market trading sentiment was being pressured by the coronavirus (COVID-19) and downbeat catalysts from America.

Apart from this, the absence of any major data/events from the rest of the Asia-Pacific nations also kept the currency pair’s performance confined. On the other hand, the broad-based U.S. dollar weakness ahead of the U.S. Federal Reserve officials scheduled to speak could also be considered a key factor that dragged the currency pair lower.

Elsewhere, the market risk tone has been sluggish since the day started, possibly due to the worsening coronavirus (COVID-19) conditions in the U.K. and Europe. Meanwhile, the renewed conflict between the U.S. and China and the US-Iran tussle and Trump’s latest warnings to the firms helping Iran build arms also exerted downside pressure on the market risk-tone and underpinned the safe-haven Japanese yen. As per the World Health Organization’s (WHO) regional director Hans Kluge, Europe reported 300,000 new infections, the most significant weekly rise ever, including the first spike in spring. Furthermore, France, Poland, the Netherlands, and Spain are facing the second wave. The U.K. is already considering a new lockdown, while countries from Denmark to Greece announced new restrictions on Friday. These headlines add an extra burden on the market risk tone.

Across the ocean, the positive remarks from Chinese President Xi Jinping and hopes of further stimulus for the Asian major under the presidency of Yoshihide Suga might help the market trading sentiment to limit its deeper losses. At the USD front, the broad-based U.S. dollar failed to gain any positive traction and edged lower on the day ahead of the U.S. Federal Reserve official’s speech, scheduled to happen later in the week. Besides, the decision over the inclusion of Chinese government bonds in the FTSE Russell World Government Bond Index (RWGBI) also keeps the USD bulls on the defensive. However, the losses in the U.S. dollar kept the USD/JPY currency pair lower. Whereas, the U.S. Dollar Index that tracks the greenback against a bucket of other currencies fell by 0.16% to 92.870 by 9:55 PM ET (2:55 AM GMT).

Looking forward, the Chicago Fed National Activity Index, which is expected 1.95 against 1.18 prior, will be key to watch on the day. Apart from this, the continuous drama surrounding the US-China relations and updates about the U.S. stimulus package will also be closely followed. In the meantime, the USD moves and coronavirus headlines will not lose their importance as they could play a key role in the currency pair movements.

The USD/JPY pair had disrupted the double bottom support mark of 104.650, and presently it’s holding beneath 50 periods EMA, implying chances of selling bias in the USD/JPY. On the 4 hour chart, the downward channel is anticipated to drive selling sentiment in the USD/JPY pair. On the downside, the support lingers at 104.100 level, and a bearish breakout can lead USD/JPY price further lower towards 103.700 level. The eyes will remain on the Fed Chair Powell’s speech as it may drive further market trends. The MACD and EMA are also in support of selling bias.