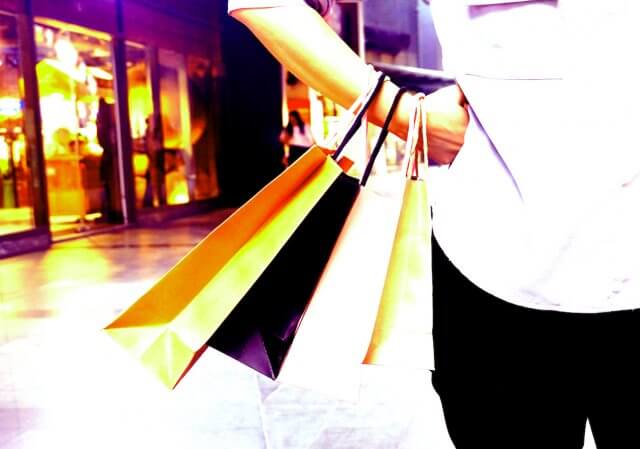 On the news side, the eyes will remain on the economic events coming out of the U.S. economy. The Core Durable Goods Orders m/m and Durable Goods Orders m/m are expected to report mixed data that may or may not drive price action in dollar related events. While the C.B. Consumer Confidence will be the major highlight of the day, economists expect a slight movement on consumer confidence from 101.8 to 102.1 that may underpin the U.S. dollar today.

The EUR/USD pair was closed at 1.18-93 after placing a high of 1.18596 and a low of 1.18031. The EUR/USD pair moved in a bearish trend on Monday and lost most of its previous day gains. The EUR/USD pair fell on Monday amid the strong U.S. dollar and the rising number of coronavirus infections through Europe. The market turned risk-averse and weighed on the riskier EUR/USD pair that reversed its movement on Monday.

The rising number of coronavirus cases in Europe kept the shared currency under bearish pressure at the starting day of the week. Spain declared a state of emergency on Sunday for six-months and imposed a national curfew to control the spread of coronavirus. France has already placed a curfew, and it reported more than 50,000 new infections in a single day. On Monday, Italy also announced a national curfew to curb the coronavirus spread. Germany will reportedly introduce more restrictions later in the week.

On Monday, as the coronavirus situation was out of control in Europe, Germany’s DAX 30 and the Euro Stoxx 50 indexes lost more than 2%, reflecting the risk-off market sentiment that ultimately weighed on EUR/USD pair. Another factor involved in the market’s dismal sentiment was the lack of progress in the U.S. stimulus aid package. The U.S. advisor Larry Kudlow said that talks were slowed but not ended as the chances of a deal before the election were null, but investors were awaiting the post-election stimulus.

On the data front, at 14:00 GMT, the German Ifo Business Climate for October dropped to 92.7 from the projected 93.1 and weighed on single Currency Euro that added in the losses n EUR/USD pair on Monday. At 19:00 GMT, the New Home Sales from the U.S. also declined to 959K against the expected 1025K and weighed on the U.S. dollar that ultimately helped to limit the losses of the EUR/USD pair. The U.S. dollar was strong on Monday as the U.S. Dollar Index was up to 93 levels due to its safe-haven nature. The greenback rose on Monday as the global COVID-19 cases continue to soar and weigh on market sentiment. Furthermore, the rising number of infections in China decreased the appetite of risky assets like EUR/USD pair as the world’s second-largest economy could suffer a setback.

Looking forward, the Euro traders will await tomorrow for the release of the European Central Bank’s Lending Survey, and the U.S. dollar investors will be looking to September’s U.S. Durable Goods Orders report. The fresh developments surrounding the coronavirus outbreak in the continent will also remain under observation by EUR/USD pair’s investors.

The EUR/USD is trading with a slightly bearish bias at the 1.1836 level, holding mostly below an immediate resistance level of 1.1865 area. Closing of candles below the 1.1866 level may drive selling bias until the 1.1811 level that marks 38.2% Fibonacci retracement level. Continuation of a selling bias may lead the EUR/USD pair further lower until 1.1770, the 50% Fibo level. Conversely, the bullish breakout of the 1.1866 area can open further room for buying until the 1.1910 level today.

The British Pound held steady against the rising U.S. dollar on Monday and shrugged off the renewed demand for the safe-haven greenback on expectations that the U.K. and the E.U. will eventually reach a Brexit deal after both sides agreed to push out the deadline to reach a consensus.

Last Thursday, Brexit talks were resumed and were extended to comping Wednesday when E.U. Brexit negotiator Michel Barnier is expected to attempt to bridge some of the differences between the U.K. and E.U.

It is also assumed that Barnier’s efforts to clinch a deal could revive hopes that German Chancellor Angela Merkel might be able to persuade French President Emmanuel Macron to ease his stance on one of the key sticking points of fishing rights. The United Kingdom has stressed that it would take control over the access to its waters after the Brexit transition period ends. On the other hand, Macron fears that a softer stance over fisheries will sacrifice the French fishermen.

On the other hand, the optimism on progress this week had been mitigated somewhat following reports that the U.K. was waiting until after the U.S. election to reveal its negotiation strategy as a blue wave could weaken Britain’s negotiation stance. Joe Biden has previously said that a UK-US deal would depend on Britain securing a deal with the E.U. These concerns also weighed on British Pound and GBP/USD. However, the British Prime Minister Boris Johnson said that Brexit and the U.S. election results were entirely separate.

On the data front, at 19:00 GMT, the U.S. economic docket released the report of New Home Sales that dropped to 959K from the anticipated 1025Kand weighed on the U.S. dollar that eventually helped GBP/USD pair in capping further losses. Moreover, the GBP/USD pair’s losses could be attributed to the rising number of coronavirus cases in the U.K. As well as the rising fears of the second wave of coronavirus and its impact globally raised the safe-haven demand for greenback that ultimately added pressure on GBP/USD pair on Monday.

The developments surrounding the U.S. stimulus package also kept the U.S. dollar stronger as the package will not be delivered before the election. The stronger U.S. dollar weighed further on the GBP/USD pair on the day.

The GBP/USD traded with a selling bias below an immediate resistance area of 1.3075. Below this, Cable has closed a bearish engulfing candle that may drive selling bias until the 1.3013 level. Violation of 1.3013 level can open further room for selling until 1.2965 area, the level that’s extending support due to upward trendline on the 4-hour timeframe. The MACD and RSI are in support of selling bias today. Consider opening sell trades below the 1.3075 level today.

The USD/JPY pair was closed at 104.866 after placing a high of 105.053 and a low of 104.651. The USD/JPY pair remained bullish on Monday and recovered most of the previous daily losses. The USD/JPY pair rose to its highest level in five days above 105 level on Monday. However, it erased a large portion of its gains on the day during the American session.

The broad-based U.S. dollar strength caused the rise in the USD/JPY pair on the day due to its safe-haven status. The selling pressure surrounding the major European currencies on concerns over the rising number of coronavirus cases in the continent also helped the U.S. dollar outperform its rivals. The U.S. Dollar Index that was dropped 1% last week posted a decisive recovery on the starting day of this week and was up by 0.32% on the day at 93.04.

The rising U.S. dollar Index pushed the USD/JPY pair above the 105 level on Monday. However, investors saw this as a selling opportunity regardless of the U.S. dollar strength, and hence, the pair started losing most of its daily gains in the late trading hours. On the data front, at 04:50 GMT, the SPPI for the year from Japan raised to 1.3% against the forecasted 1.0% and supported the Japanese Yen that capped further gains in the USD/JPY pair on Monday.

At 19:00 GMT, the New Home Sales from the U.S. for September fell to 959K from the forecasted 1025K and weighed on the U.S. dollar that also limited further upside in the USD/JPY pair on the day.

The U.S. dollar was also strong on Monday as the talks for the next round of U.S. stimulus measures were stalled till the election. Both parties were moving forward to reach a consensus over the stimulus aid package’s size, but they delayed the delivery of major measures after the election. This raised the U.S. dollar on board and pushed the USD/JPY pair even higher on Monday. Other than that, the U.S. dollar was also up due to rising demand for its safe-haven nature amid the rising number of coronavirus cases globally. France reported 50,000 new cases in a single day and introduced a curfew to curb the virus’s spread.

Just like that, many European nations, including Italy and Spain, also introduced curfews and restrictive measures. Germany was set to impose restrictions this week and not only in European nations, but the second wave of coronavirus was also spreading worldwide. These concerns weighed on market risk sentiment and raised demand for the greenback that ultimately added strength to the USD/JPY pair on Monday.

Looking forward, the investors will await the release of Durable Goods Orders and the Conference Board’s Consumer Confidence data that will release on Tuesday.

The oversold USD/JPY pair is taking a bullish turn now, perhaps to complete Fibonacci retracement at 104.900 level. A 38.2% Fibonacci retracement level extends this level, and it may extend resistance to the USD/JPY pair today. Continuation of a bullish bias over the 104.900 level can lead the USD/JPY pair further higher until the 105.225 level. The MACD and RSI are also supporting bullish bis in the USD/JPY pair today. However, the pair seems to have formed a bearish flag on the 4-hour timeframe that typically breakout on the lower side; if that happens, we may see USD/JPY price dropping until the 104.350 mark. Good luck!