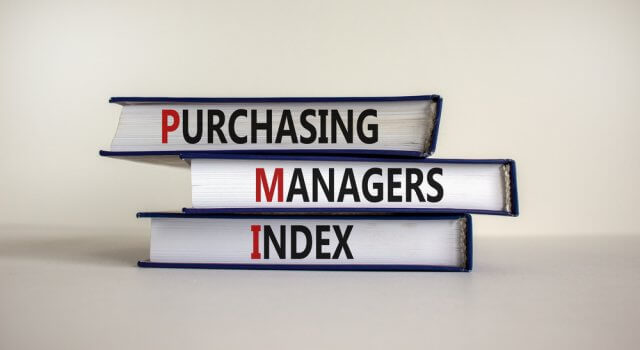 On the news front, eyes will remain on the Manufacturing PMI and Services PMI figures from the Eurozone, the U.K., and the United States. Almost all economic figures are expected to perform better than previous months, perhaps due to a lift of lockdown. Price action will depend upon any surprise changes in the PMI figures.

The EUR/USD pair closed at 1.18563 after placing a high of 1.18906 and a low of 1.18495. Despite vaccine-related optimism and improved risk sentiment in the market, the currency pair EUR/USD dropped on Friday amid the continuous rise in the number of coronavirus cases along with the latest disagreement between the Fed and U.S. Treasury related to the unused funds of emergency lending programs.

On Thursday, U.S. Treasury Secretary Steven Mnuchin sent a letter to Fed’s Chair Jerome Powell and asked him to return the unused funds in five emergency lending programs that will expire in December. Mnuchin claimed that those funds could be used for other purposes by Congress. Mnuhcin also asked Powell to extend the other four emergency credit facilities.

Meanwhile, the U.S. coronavirus situation got worse as November was not still over, but there have been almost 3 million new cases reported. It is about a quarter of all the U.S. cases since the beginning of the pandemic. The U.S. hospitalization rate was getting higher to an alarming level as it was forcing the health care system to reduce care for even non-COVID-19 patients.

Given the coronavirus situation in the U.S., many states announced restrictive measures to control the spread. On the European side, the situation was a bit under control after the strict lockdown measures. However, the old continent’s situation in Europe was far from getting better, and market players were worried that a steep economic downturn would be seen in the last quarter of the year.

These tensions raised the concerns that economic recovery was under pressure and supported the safe-haven appeal that ultimately weighed on the risk perceived EUR/USD pair on Friday. Furthermore, central banks’ calls for another round of stimulus measures to help support the economy started to increase. In response, the Federal Reserve Chairman Jerome Powell has been refrained to give any hint about any action in December whereas, his European counterpart Christine Lagarde has said that a large easing package will be coming in the next meeting. Lagarde’s comments also weighed on the single currency that ultimately added losses in the EUR/USD pair on Friday.

At 12:00 GMT, The German PPI for October remained flat at 0.1% on the data front. At 19:50 GMT, the Consumer Confidence also came in line with the expectations of -18. There was no macroeconomic figure to be released from the U.S., which means the pair EUR/USD was unaffected by any data on Friday.

Meanwhile, the vaccine news from Pfizer and BioNtech that they were going to apply for US FDA approval for emergency authorization use of their vaccine raised the risk sentiment in the market. Combined with this optimism, the other companies, including Moderna, Oxford, the Russian Sputnik V, and China’s Sinovac, also provided updates about the vaccine’s efficacy and supported the market’s risk of improved sentiment that ultimately capped further losses in the EUR/USD pair.

The EUR/USD is trading with a bearish bias at the 1.173 level, forming an ascending triangle on the 2-hour timeframe. On the lower side, the pattern supports the EUR/USD pair at 1.1850, and here violation of the 1.1850 level can extend the EUR/USD pair towards the 1.1816 level. On the higher side, a bullish breakout of the 1.1889 level can extend the buying trend until the 1.1924 level. The bullish bias remains dominants today as the MACD and 50 periods EMA support a bullish trend. Let’s consider taking a buying trade over 1.1889 with a take profit of 1.1924 level.

The GBP/USD pair closed at 1.32891 after placing a high of 1.32977 and a low of 1.32403. GBP/USD remained bullish on Friday amid the latest Brexit optimism and the coronavirus vaccine’s rising hopes. The currency pair remained on the upper track this week as Brexit dominated the scene and supported the British Pound. The coronavirus situation in the U.K. was improving as the U.K. was set to announce a wide easing of coronavirus rules for a week at Christmas.

Next week, Boris Johnson will announce a plan for an easing of rules on Covid, and he also warned that the level of restrictions for the rest of next month would depend on how well the public obey the current lockdown in England that will end on 2nd December. Brexit headlines were, however, contradictory during the week as PM Boris Johnson signaled that the U.K. would prosper without a deal and E.U. officials indicated that talks could collapse. The British press talked about a French compromise on the fisheries issue that a key sticking point in the Brexit deal. After the French compromise on fisheries, the Brexit optimism continued supporting the British Pound and added gains in GBP/USD pair.

Another factor involved in the GBP/USD’s bullish sentiment, Pfizer and BioNtech said that they would apply for approval of emergency use of their vaccine on Friday, which also helped risk sentiment improve and support the British Pound. Following Pfizer, Moderna also said that its vaccine was 94.5% effective in preventing the coronavirus and helped raise the market’s optimism that also supported the GBP/USD pair’s upward trend.

On the data front, at 05:01 GMT, GfK Consumer Confidence remained flat with the forecasted -33. At 12:00 GMT, the Retail Sales from the U.K. for October raised to 1.2% against the expected -0.3% and supported British Pound that added further gains in GBP/USD pair. The Public Sector Net Borrowing declined to 21.6 against the forecasted 31.6B and kept British Pound and added improvements in the currency pair GBP/USD pair.

Meanwhile, in the U.S., the need for a stimulus package increased with the rising coronavirus cases, but Fed Chairman Jerome Powell refrained from giving any hint about further aid in the upcoming December meeting. The hospitalization in the U.S. for coronavirus patients increased to a worse level, forcing many state governors to announce restrictive measures to control the virus’s spread. It weighed on the U.S. dollar and helped GBP/USD pair to post gains on Friday.

The GBP/USD continues trading bullish at the 1.3307 level, holding over the 1.3303 support level, supporting the buying trend. The recent bullish engulfing candle on the 2-hour timeframe can lead Sterling further higher until the 1.3368 area. The MACD and RSI have crossed over on the higher side, suggesting further odds of bullish trend continuation. Typically such kind of ascending trend breakout can lead the pair further higher, so let’s consider taking buying trade over the 1.3307 level today.

The USD/JPY pair closed at 103.823 after placing a high of 103.909 and a low of 103.700. After falling for six consecutive days, the USD/JPY pair posted small gains on Friday amid the reports about the resumption of the U.S. fiscal aid talks. The small uptick in the USD/JPY pair after massive selling in the previous six days could be solely attributed to optimism led by reports that U.S. lawmakers have agreed to resume talks on another coronavirus stimulus package.

The positive sentiment was somehow offset by the U.S. Treasury Secretary Steven Mnuchin’s decision to end some pandemic relief for struggling businesses. This came in after the tensions increased about the potential economic fallout from the continuous rise in new coronavirus cases, which held the U.S. dollar bulls from placing aggressive bets.

Meanwhile, the safe-haven appeal came back in the market after the number of coronavirus cases started to increase in the U.S. On Thursday, the U.S. reported about 185,000 cases of coronavirus in a single day and set a record. The number of hospitalized patients in the U.S. also increased by almost 50% in just the last two weeks that eventually urged many states to impose new restrictions to stop the virus from spreading further.

Meanwhile, the Governor of California imposed a 10 PM curfew in most populated U.S. states that will take effect from Saturday. Moreover, the Centre for Disease Control advised Americans not to travel on Thanksgiving holiday as it would increase the infection rate. These concerns added uncertainty in the market and raised a safe-haven appeal that supported the safe-haven Japanese Yen and capped the USD/JPY pair’s gains on Friday.

Pfizer and BioNtech announced on Friday that they would apply on the day to the US FDA for approval of emergency use of their vaccine on the vaccine front. This, combined with the other companies, included AstraZeneca and Oxford University’s latest reports of their vaccine’s efficacy, added strength in the risk sentiment, and supported the USD/JPY pair’s gains on Friday.

The USD/JPY extends its bearish trend below the 104.102 level, consolidating within a narrow trading range 104.102 – 103.650. On the lower side, the USD/JPY pair is likely to find support at the 103.650 level, and violation of this level can also extend further selling bias until 103.227. On the higher side, the USD/JPY safe-haven pair may find resistance at 104.400 and may help us capture a selling trades below this level as the MACD and RSI support the selling trend today. Good luck!