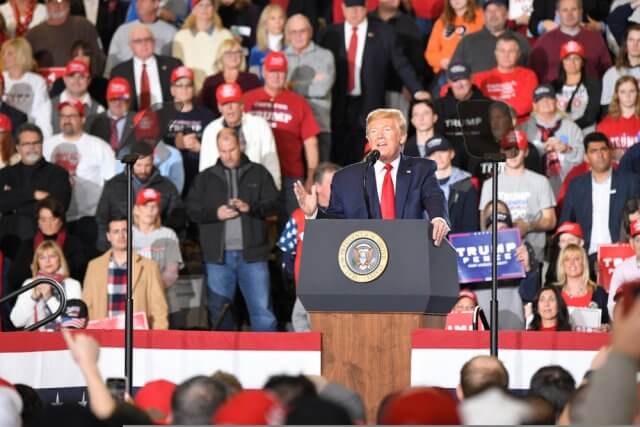 On the news front, eyes will remain on the U.S. Presidential Election. The voters will elect the 46th President of the United States. The winner will likely be projected before the official vote count is announced, based on early vote counts and exit polling. Besides, the U.S. Factory Orders m/m are also due, but their impact is likely to be overshadowed by the U.S. elections.

The EUR/USD pair was closed at 1.16399 after placing a high of 1.16554 and a low of 1.16218. EUR/USD pair extended its losses and dropped for the 6th consecutive session on Monday amid the rising safe-haven appeal and coronavirus situation in Europe. The EUR/USD pair ended its day with modest losses as the currency pair’s bearish momentum was somehow cooled down because of the positive PMI data from European nations. Meanwhile, the U.S. dollar was also strong onboard due to its safe-haven status as well as due to the strong macroeconomic data on Monday.

On Monday, the positive data from the U.S. made the U.S. dollar even stronger and supported the downside movement of the EUR/USD pair.

Furthermore, the U.S. dollar was set to lose its bullishness in the days ahead as markets were keenly waiting for the U.S. presidential elections’ results. Although the uncertainty persists in the market regarding the election’s outcome, this is the critical time to enter or place any position in the market. This is the reason behind the consolidated movement of the EUR/USD pair on Monday.

Furthermore, both the U.S. election candidates, Biden and Trump, have said that they would deliver a big stimulus package after the election. So, it means the next round of stimulus packages will be delivered regardless of the winner. These hopes kept weighing in the U.S. dollar and capped further losses in EUR/USD pair.

On the other hand, the renewed lockdown restrictions in France, Germany, Italy, and Belgian to curb the effect of coronavirus pandemic raised the concerns for Eurozone economic recovery and kept weighing on single currency that kept the EUR/USD pair on the downside.

The EUR/USD traded with a bearish bias, having dropped below the support area of 1.1653. At the moment, the EUR/USD is likely to face the resistance at the same level of 1.1653. On the higher side, a bullish crossover of 1.1653 increases the odds of continuing an upward trend, and it may lead the EUR/USD price towards 1.1700. Further bullish crossover of this area can lead the pair towards the 1.1758 level. Conversely, a bearish crossover of 1.1653 support level has opened additional room for selling until the 1.1613 area as a double bottom support area extends the level.

The GBP/USD pair was closed at 1.29180 after placing a high of 1.29426 and a low of 1.28539. The British Pound started to decline against the U.S. dollar at the starting day of the week as the hopes raised for further monetary easing by the Bank of England this week following the second lockdown in England.

Over the weekend, the U.K. announced that it would enter a second national lockdown for a month to control the rise in coronavirus infections. On Monday, the coronavirus cases fell to 18,950 in comparison to 10,900 cases a week ago. The expectations for further easing came on board after the Britain government made this announcement on the weekend.

The new lockdown measures in the U.K. demand the people stay at home unless there is an essential purpose like education, medical reason, or shopping for groceries. However, economists have warned that country would enter a double-dip recession if it enters another lockdown as it will dent the economic growth in the final quarter of the year. These concerns kept the risk sentiment under pressure and weighed on British Pound that ultimately added the GBP/USD pair’s losses.

The positive PMI data from the U.S. gave strength to the U.S. dollar and added further pressure on GBP/USD pair. On the Central Bank front, the BOE will have its monetary policy meeting on Thursday, and the hopes are that it will refrain from announcing negative rates, and the bank could also introduce another easing for supporting the economy.

On the Brexit front, the Brexit-talks continue in Brussels as the U.K. and the E.U. were working to avoid a no-deal Brexit. However, no fresh headlines were seen regarding this matter on Monday that kept the currency pair under the mercy of a strong U.S. dollar across the board.

The USD/JPY pair was closed at 104.749 after placing a high of 104.947 and a low of 104.514. The USD/JPY pair rose and posted gains for the third consecutive session on Monday amid the broad-based U.S. dollar strength. The U.S. dollar pushed higher in the early European session on Monday as European nations imposed more lockdowns on the back of an incessant rise in coronavirus cases. The uncertainty surrounding the upcoming U.S. elections also weighed on market sentiment and kept the USD/JPY pair higher.

The U.K. joined Germany and France over the weekend and re-introduced partial lockdowns to curb the coronavirus’s spread. Europe crossed the 10 million total cases of coronavirus infections and supported the safe-haven appeal that added further strength to the U.S. dollar.

The Bank of England will hold its monetary policy meeting on Thursday, and investors believe that the bank will increase the asset purchases by 150-200 billion British Pounds. These hopes forced the investors to stick with the U.S. currency in these uncertain times, but the ranges were tight as the markets were under pressure ahead of Tuesday’s U.S. presidential election.

The U.S. dollar was also strong because of the rising hopes for the victory of Joe Biden in the upcoming election as he has maintained a healthy lead over his competitor Donald Trump in national polls over the weekend before elections. Furthermore, some of the gains in the USD/JPY pair were lost in the late trading session as the traders were also waiting for the upcoming Federal Reserve monetary policy meeting on Thursday.

The USD/JPY is trading slightly bullish at the 104.745 level, having crossed over the immediate resistance area of the 104.600 mark. On the 2 hour timeframe, the USD/JPY has violated the downward trendline at 104.550 level, and now the same level is likely to support the USD/JPY pair. The closing of candles over 104.650 level is supporting strong odds of bullish trend continuation until 105.049 level. Further bullish trend continuation can also lead the USD/JPY pair towards the 105.800 level. Good luck!