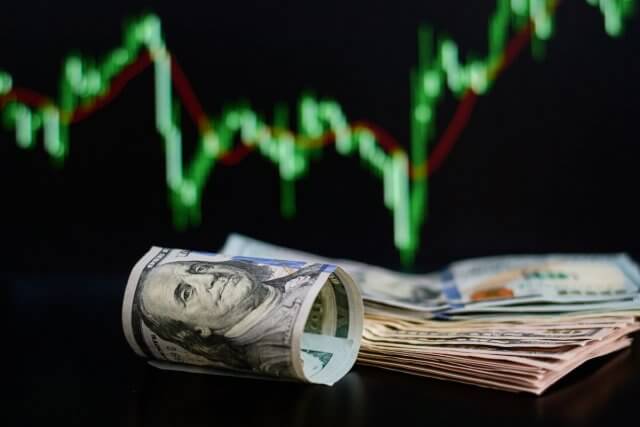 The latest economic data from the United States fueled expectations that the Federal Reserve will stimulate more in the next meeting, and markets started to price in for a negative interest rate environment. Donald Trump, while considering the state of Beijing amid coronavirus lockdown, threatened to impose new tariffs if China failed to buy $200 worth U.S. farm goods. After that, trade representatives from both sides held a meeting via phone call and announced a positive report hence created optimism about the US-China relationship.

EUR/USD pair dropped on Monday and posted a fresh daily low of 1.0801. The downward trend of the EUR/USD pair was due to the strength of the U.S. dollar. The U.S. Dollar Index was up by 0.45% and was back to above 100.00; it was pushed by higher U.S. yields on Monday.

On the data front, at 13:00 GMT, the Italian Industrial Production in the month of March showed a decline in production activity by 28.4% against the forecasted decline of 20.0%. It weighed on single currency euro and added in the downward track of EUR/USD pair.

The president of the European Commission, Ursula von der Leyen, has said that the judges in the German Constitutional Court have overreached their authority by calling the part of ECB’s bond-buying program illegal, which was critical and necessary to stabilize the economy in coronavirus crisis.

However, the loss in EUR/USD prices gained after new six coronavirus cases started to reappear from Wuhan city after more than a month when lockdown restrictions were eased in the city, which is considered as the epicenter of coronavirus outbreak.

The E.U. and U.K. resumed talks on Monday with rising pressure on both sides to make some progress as the deadline to reach a deal is coming closer. 2 rounds of talks have been made, which included first face-to-face in March and another in April via video conference.

The GBP/USD pair remained relatively quiet above 1.2400 level at the start of the day but came under intense bearish pressure in late trading sessions. GBP/USD pair dropped to a fresh four day low of 1.2282 on the back of U.S. dollar strength and GBP weakness. However, it maintained to recover some of its losses in late session and ended up closing the day in a negative trend.

The U.K. government has published its recovery-strategy on Monday, which noted that the coronavirus was expected to circulate for an extended period of time and with the periodic waves. According to the strategy, the financial measures taken by the government to cope up with the damage caused by coronavirus to the economy were very expensive and that these measures could not be sustained for a longer period.

Furthermore, PM Boris Johnson has said that different parts of the U.K. will stay in lockdown longer than other parts. He added that any wrong move would be disastrous for the U.K. economy, and they will show no hesitation in reintroducing the measures if needed.

On Sunday, PM Johnson announced that restrictions will be lifted from local travel and local parks after six weeks of lockdown and that workers who cannot do work from home like construction & manufacturing industries were encouraged to return to their jobs.

However, he spared the details about how they could continue the work and not spread the virus. So, on Monday, groups representing U.K. businesses and workers criticized the government’s plan to ease lockdown. They complained that PM Johnson missed the crucial details while announcing the easing of lockdown, that how companies should prepare for safe return to work.

The GBP/USD sideways trading continues in between a narrow trading range of 1.2360 – 1.2285. The Cable is still holding below 50 EMA, which is extending resistance around 1.2370 level today. On the 4 hour chart, the GBP/USD is gaining support at 1.2285 level while the 50 EMA and horizontal resistance stay at 1.2365 level. Today, the positive retail sales may drive the selling trend in the GBP/USD pair to lead its prices towards an immediate support level of 1.2280 and 1.2250. Conversely, the worse than expected retail sales data will lead the GBP/USD pair towards 1.2360 and 1.2450.

The increased risk sentiment of the market made it difficult for JPY safe-haven currency to find demand on Monday hence gave a push to the USD/JPY pair prices. On Monday, the Bank of Japan signaled more measures in order to avoid the 2nd Great Depression caused by the coronavirus pandemic.

In its report published on Monday, BoJ announced that it would lift the cap from government & corporate bond purchases and also pointed to take additional measures if needed. BoJ had already decided to expand its monetary stimulus program on April 27 when it held its last meeting in which it described the current economic situation as “increasingly severe.”

BoJ, in its monthly meeting, forecasted that country’s economy would experience a contraction between 5 and 3 percent in the current year. Japan’s current coronavirus cases are recorded as 15,777, with 624 deaths. The increased number of appearing cases after the easing of lockdown has made BoJ take additional measures to put the world’s third-largest economy back on track.

The USD/JPY traded sharply bullish to place a high around 107.850 amid stronger U.S. dollar and the risk-on sentiment. On the 4 hour timeframe, the USD/JPY pair is now trying to exhibit some correction as it’s price fell from 107.850 area to 107.400 support zone.

However, the 50 periods EMA are still suggesting strong odds of bullish bias, along with the MACD, which are also supporting the bullish trend in the USD/JPY pair. The violation of an immediate resistance level may extend buying until 107.900 level. Conversely, the closing of selling candles below 107.460 can continue selling bias until 107 and 106.850. The 50 EMA is supporting the bullish bias around the 106.650 area. All the best for today!