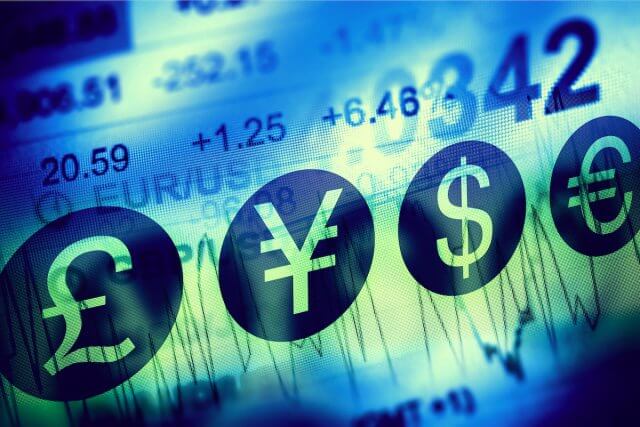 The latest economic data from the United States fueled expectations that the Federal Reserve will stimulate more in the next meeting, and markets started to price in for a negative interest rate environment. Donald Trump, while considering the state of Beijing amid coronavirus lockdown, threatened to impose new tariffs if China failed to buy $200 worth U.S. farm goods. After that, trade representatives from both sides held a meeting via phone call and announced a positive report hence created optimism about the US-China relationship.

The EUR/USD currency pair failed to stop its Friday’s winning streak and rose just under the 4-hour chart 100-candle average at 1.0852 from the 1.0822 level, mainly due to the U.S. dollar weakness on the on back of the risk-on market sentiment. However, the reason for the risk-on market sentiment could be attributed to the on-going optimism about the easing of coronavirus-led restrictions in the U.S. and around the world.

The EUR/USD is trading at 1.0848 and is consolidating in the range between 1.0825 and 1.0851. At the USD front, the U.S. dollar erased its gains from the earlier session as most of the countries plan to ease the lockdown. As in result, the investor’s confidence got boost in the wake of risk-on market sentiment.

On the other hand, the Netherlands and France are pushing the European Union (E.U.) to use trade policy instruments and tariffs, to ensure the implementation of international environmental and labor standards. The initiative came after E.U. and Britain have tried to negotiate about the new trade deal, and it has raised concerns that Britain might seek to undercut the E.U. labor & environmental standards to boost its competitiveness.

The involvement of pro-free trade Netherlands might be able to change the attitude of the European Union E.U. towards thinking on the need to protect domestic industry and job, as per a French Diplomat.

However, it will remain to see if the proposal by France and the Netherlands can get support from other members and considered by Trade Commissioner Phil Hogan, as we know Phil Hogan is scheduled to announce a policy review later this year although the increase of protectionism may weigh on the shared currency.

At the virus front, the number of confirmed coronavirus cases rose to 169,575, with a total of 7,417 deaths reported so far on Monday, While the cases increased slightly by 357 in Germany on Monday against Friday’s +667. The death toll increased by 22, as per the German disease and epidemic control center, Robert Koch Institute (RKI).

If talking about recoveries, so approximately 145,600 people are reported to have recovered from the coronavirus so far. Looking forward, the economic calendar is empty, and the pair is expected to continue taking cues from the action in the stock markets. The fresh virus updates will be key to watch.

The EUR/USD price is trading slightly bearish below an immediate resistance level of 1.0853, which is extended by the 50 EMA. On the 4 hour timeframe, the 50 EMA is pushing the EUR/USD pair around 1.0850. By the way, it’s the same level at which the EUR/USD completes the 50% Fibonacci retracement. Below this, we may see EUR/USD prices falling until 1.0780, while bullish breakout of 1.0850 can lead EUR/USD prices towards 61.8% Fibonacci retracement level of 1.0869 level. Above this, the next resistance may be found around 1.0900. Consider staying bearish below 1.0852 today.

The GBP/USD currency pair extended its Friday’s bullish moves and continued to take bids around 1.2432 while representing 0.16% gains on the day. As well as, the currency pair cheered the fresh optimism about easing lockdowns statements by UK PM Boris Johnson’s. Moreover, the reason for the bullish run-up of the GBP/USD pair could also be attributed to the expectations surrounding an extension of wage aid.

However, the pair’s traders are cautious about placing any strong bids ahead of the third round of Brexit negotiations between the U.K. and European Union (E.U.). The UK PM Boris Johnson recently took a step to ease the lockdown restrictions from level 4 to 3 of the new five-tier ranking system, whereas the meaning of level 1 will be that coronavirus is no longer existing.

On the other hand, the greenback gain traction in earlier sessions on optimism about easing lockdown restrictions, which eventually boosted the investor’s confidence in the market in the wake of risk-on market sentiment. Whereas, California, Michigan, and Ohio, three of the important states for U.S. manufacturing, permitted to open factories and some businesses, which eventually kept the U.S. dollar steady. While the U.S. Dollar Index that tracks the greenback against a basket of other currencies slipped 0.04% to 99.725 by 11: 25 PM ET (4:25 AM GMT).

At the coronavirus front, as per the latest report by the Department of Health, Britain’s COVID-19 death toll has increased by 269 to 31,855.

The UK Chancellor Rishi Sunak is expected to announce the extension of wage aid on Monday. The report hints that the Ministers are expected to extend the state bankrolling of wages by the end of September, although at a reduced rate of 60pc, while also boosted the salary packages of staff returned to work on a part-time basis.

At the US-China front, U.S. President Donald Trump fueled the US-China tension once again by claiming China for the virus outbreak, while China defied roughly. However, the UK PM Johnson has already rejected the agreement that ensures E.U. fishermen’s long-term access to British waters, while insisting the focus should be on annual negotiations.

At 17:30 GMT, the closely watched Average Hourly Earnings, Non-Farm Employment Change, and the Unemployment rate from the United States was released, which came in better than the expectations and raised the bars for U.S. dollar across the board. The Average Hourly Earnings were increased to 4.7% against the forecasted 0.5% in the month of April.

The Unemployment Rate from the United States was increased to 14.7% in April against the expectations of 16% and in comparison to March’s 4.4%. The Non-Farm Payrolls, which lost during April month, were recorded as 20.5M against the expected loss by 22 M and gave strength to the U.S. dollar.

If we look at the results, the drop in jobs was higher ever recorder as 20.5M but was under the expected value, so gave strength to the U.S. dollar. The huge number of lost jobs in a single month was even higher than it was in the Great Depression. However, it still managed to support the U.S. dollar.

On the other hand, the recorder unemployment rate was also high in the month of April in comparison to the previous month’s rate, but it still managed to support the U.S. dollar on Friday as it did not exceed the expected rise of rate.

The violation of an immediate resistance level may extend buying until 107.900 level. Conversely, the closing of selling candles below 107.460 can extend selling bias until 107 and 106.850. The 50 EMA is supporting the bullish bias around the 106.650 area. All the best for today!