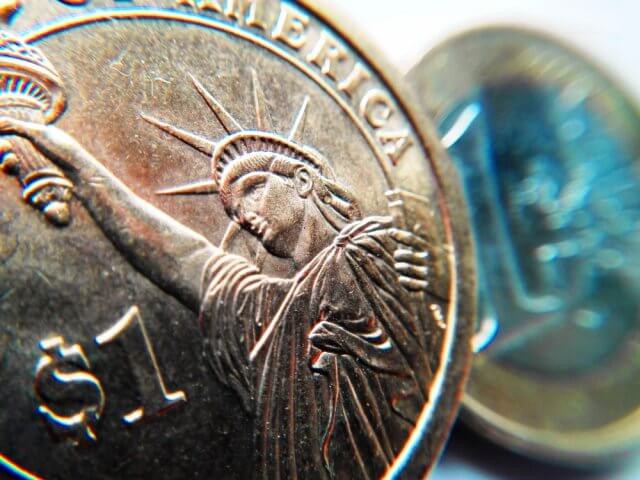 The U.S. dollar continued to struggle because of the previous week’s latest U.S. consumer confidence data release. The less consumer confidence over the U.S. economy weighed on the greenback as the economy struggles to overcome the coronavirus situation. Today, the market is likely to focus on the Canadian retail sales figures, but these may not have any impact on gold and other currency pairs. Technical levels will matter today.

The EUR/USD was closed at 1.14473 after placing a high of 1.14676 and a low of 1.14022. Overall the movement of the EUR/USD pair remained bullish throughout the day. The EUR/USD exchange rate extended its gains on Monday and reached the highest level since March 9. The Euro rose against many rival currencies on hopes over a crucial milestone as the Eurozone’s governments showed consensus on a COVID-19 recovery fund. Although lower than the initial proposal of 500 billion euros in grants, the new agreed grant is now 390 billion euros, which is still a significant boost for the Eurozone’s struggling economy.

On Monday, the European Council President Charles Michel said that he was confident a deal on the bloc’s coronavirus recovery package could be reached after putting forward a new proposal. The latest proposal offered by him provided significant concessions to the so-called frugal four countries, Austria, Denmark, Netherlands, and Sweden. In the new proposal fund, the grants were decreased to 390 Billion euros from the initial 500 billion euros, and the Loans became 360 Billion Euros from 250 billion euros.

In Eurozone economic data, Germany’s Producer Price Index for June fell below consensus at 0% and weighed on single currency Euro. As a result of EUR/USD, pair investors became increasingly concerned about the Euro zone’s largest economy’s ability to recover from the COVID-19 crisis.

Furthermore, the U.S. Congress was set to announce a new stimulus measure as the previous unemployment benefits package will expire at the end of July. The U.S. dollar remained weak because of the investors were looking ahead of the Congress announcement. The weak U.S. dollar added gains in the EUR/USD pair on Monday.

The next day, the U.S. investors will be looking ahead to the release of June’s Chicago Fed National Activity Index. Any improvement in the index will indicate better economic conditions and would prove positive for the U.S. dollar. The single currency euro will continue to be driven by the news surrounding the European Summit’s discussions on the COvid-19 recovery fund. The euro investors will also await Luis De Guindos, the Vice President of the ECB. Any dovish comments from ECB would cut the Euro gains.

The EUR/USD continues to follow the same technical outlook as before. It has tested the double top resistance at 1.1446 level, and now it’s finding support at 1.1410 level. The upward trendline on the hourly chart is also likely to support the pair around 1.1375 level. Chances of bullish trend seem solid today. Therefore, the bullish breakout of the 1.1445 level can lead the EUR/USD prices towards the 1.1490 level.

The GBP/USD pair closed at 1.26611 after placing a high of 1.26652 and a low of 1.25180. Overall the movement of GBP/USD pair remained strongly bullish throughout the day. The GBP/USD posted its biggest daily gains since June 30 on Monday and recovered all of its previous five day’s losses on the back of positive comments from England’s FPC and JP Morgan.

Cable found its foot against the U.S. dollar on Monday after the JPMorgan Bank said that the UK was the largest capital importer within G10. The Bank added that as the Brexit process was heading to an end of the transition period, the Cable was becoming rather less dependent on general risk sentiment and started to decouple from other high-beta currencies.

The rise in Sterling was further supported by the latest comments from Jonathan Hall, an appointee to the Bank of England’s Financial Policy Committee (FPC) on Monday. According to him, Brexit will make markets less efficient, but it will not be disastrous for Britain’s economy.

Hall said that Brexit would cause fragmentation, inefficiency, and problems with regulations, but it will not be disastrous.

Meanwhile, on Monday, the Bank of England policymaker Silvana Tenreyro said that Britain might avoid an economically damaging loss of skills in its labor market as long as the rise in unemployment does not drag on.

Tenreyro said that uncertainty persisted in the economy related to COVID-19 and that the crisis may even have led some workers to upskill to adapt to new ways of working remotely. She added that as long as the current period of high unemployment remains temporary, the loss in skills would be only limited.

In contrast to this, the Bank of England economist Andy Haldane warned inflation could be a problem after the coronavirus crisis. He insisted that Britain was enjoying a V-shaped recovery and was in the middle of a quick turnaround as the economy recovered about half of the immense fall in output in March & April when the crisis was most intense. Haldane told that the economy had been growing on an average of about 1% a week since May.

On the data front, there was no macroeconomic data to be released on the day, and hence, the pair’s movement was followed by the comments related to the U.K. economy and coronavirus headlines.

The GBPUSD has violated the triple top resistance level at 1.2660 level, and bullish crossover of this level opens further room for buying until 1.2729, but before this, the Sterling can retrace until 23.6% Fibo level of 1.2645 level. Below this, the next support can be found at the 1.2625 level. Above 1.2625, the GBP/USD can be showing a buying trend. Let’s consider taking buy trades over 1.2615 level today.

The USD/JPY pair was closed at 107.270 after placing a high of 107.541 and a low of 106.999. Overall the movement of the USD/JPY pair remained bullish throughout the day. The USD/JPY pair rose to 8 days the highest level on Monday on the back of Japan’s risk sliding back into deflation and the rising numbers of coronavirus cases in the U.S.

Bank of Japan released its minutes of June meeting in which the policymakers debated at the risk of the country sliding back into deflation but stopped short of supporting stronger steps to prevent companies from going bankrupt due to coronavirus pandemic.

More companies were facing the risk of insolvency with the impact of coronavirus pandemic likely to last for a prolonged period of time, even if the companies receive immediate liquidity support. But the members of BOJ differentiate on the opinion of injecting capital into firms to help recover and prevent insolvency.

Some members insisted that injected direct capital to save the struggling firms is an action that should come from the government, and few members said that it was the role of BOJ to provide liquidity and also to cooperate with the government while clarifying the respective role.

The Bank of Japan kept its interest rates unchanged in June after easing monetary policy in March and April. Minutes revealed that the Bank maintained its view over the economy as it will gradually recover from the pandemic’s damage.

However, many members showed concern as the pandemic was picking its pace once again. Japan lifted its lockdown measures in late May, and Tokyo has seen a renewed spike in infections lately. Japan has reported over 25,000 cases, including 1,000 deaths. The downbeat comments from the latest issued meeting minutes by Bank of japan pushed the USD/JPY pair higher on Monday.

On greenback front, the currency was down on Monday as the U.S. Dollar Index decreased by 0.6% to 95.85 level. The currency was suffering from its economy’s struggle to fight the coronavirus crisis as the nation was leading in reporting infected cases worldwide.

U.S. figures related to infected people raised to 3.8 Million, and death toll count reached 140,000 making the U.S. the most affected economy by the pandemic. Despite the safe-haven status of U.S. dollar investors, they were getting out of it due to the U.S. economy’s gloomy outlook.

The rising number of cases urged some states to introduce renewed lockdown measures that weighed on economic recovery hopes, and hence, the U.S. dollar became weak. However, the weak U.S. dollar failed to turn USD/JPY’s gains on Monday.

The USD/JPY is consolidating in a broad trading range of 107.400 – 107, while the overall bias seems neutral at 107.191. The USD/JPY pair has recently crossed over 50 EMA, which extended resistance at 107 level, including now the same level will work as a support. The bearish breakout of the 107 level can extend the selling trend until 106.580. Simultaneously, the bullish breakout of the 107.400 level can extend the buying trend until 107.600. The MACD and RSI support bearish bias, and we may take a selling trade below 107 and buying above the same level today. Good luck!