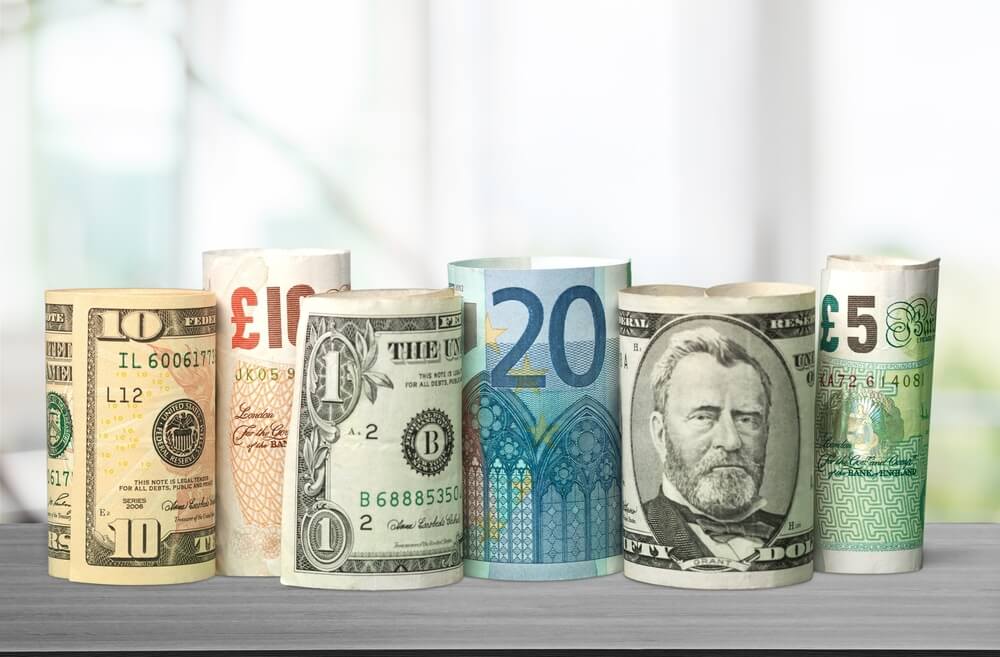 The U.S. dollar rebounded for a second straight session on Wednesday, lifted by a stronger-than-expected ADP jobs report. The Dollar Index rose 0.3% on the day to 97.31.

Safe-haven assets and currencies lost bids as the U.S.-Iran tensions showed no signs of escalation. USD/JPY marked a day-low of 107.64 before bouncing back to close at 109.04, up 0.6%.

The euro slid 0.4% to $1.1113. Official data showed that German factory orders declined 1.3% on month in November (+0.2% expected). Later today, the eurozone’s jobless rate for November will be released (steady at 7.5% expected).

The EUR/USD currency pair rose slightly and representing 0.10% gain, mainly due to the greenback weakness despite the upbeat U.S. macro news and de-escalated tensions between the United States and Iran. The EUR/USD is currently trading at 1.1117 and consolidates in the range between the 1.1103 – 1.1119.

Despite the recent gain in the EUR/USD, the pair remains prone to further bearish risks amid bearish technical set up. Notably, the market is still cautious that the currency pair could show less reaction on the Industrial Production data after the EUR currency ignored the unexpected declines in the German Factory order, which is released on Wednesday.

At the data front, the eurozone’s manufacturing powerhouse Germany is set to publish Industrial Production, Current Account and Trade Balance data for November at 07:00 GMT.

The industrial data is anticipated to show the factory activity increased at a seasonally adjusted rate of 0.7% month-on-month in November, having dropped by 1.7% in the previous month. The annualized number is forecasted to print at -3.8% vs. September’s -5.3%.

Whereas, Germany’s Current Account data for November is expected to arrive at EUR 16.9B vs. EUR 22.7B last. The Trade Balance figure is seen at EUR 20B as against EUR 20.6B booked in October. Imports are seen rising while Exports are expected to drop in the reported month.

On the other hand, the Industrial Production is hardly likely to see any positive surprise in November, as suggested by the lead indicators.

The Industrial Production released by the Statistisches Bundesamt Deutschland measures outputs of the German factories and mines. Changes in industrial production are broadly understood as a significant sign of strength in the manufacturing sector. A high figure is considered as positive (or bullish) for the EUR, whereas a low number is considered as negative (or bearish).

The EUR/USD is trading in a bearish mode below a crucial trading level of 1.1130, testing the support next level of 1.1100. This level worked as a support during the previous days, but this time it seems to get violated as the EUR/USD has formed a strong bearish candle. The MACD is trading below 0 levels, which is suggesting odds of the bearish trend continuation for the EUR/USD.

On the 4 hour chart, the pair had formed a bullish channel which has now been violated at 1.1130 level, and now this can lead the EUR/USD prices towards 1.1077 level.

The GBP/USD currency pair is steady near the 200-weekly Moving Average with a slight bearish flow ahead of Brexit negotiations. The Cable is currently trading at 1.3108 and consolidates in the range between 1.3097 – 1.3115.

The GBP/USD currency pair has been confused due to the crossfire of risk-off and risk-on market sentiment after the missile attack and tensions in the Middle East. At this moment, the United States President Donald Trump de-escalated tension by not given any immediate reaction to an Iranian attack that help global trade deals to come back on the front.

Therefore, global trade deals are the key driver to watch. First of all, traders will keep their eyes on the United States and China phase-1 trade deal. As we know, both nations are ready to sign the agreement on January 15. The market focus will also be on the Brexit deal because the Europan Parliament also gives the green indicator, and the United Kingdom officially leaves the Europan Union on January 31 with a departure deal. After completing the departure deal, the United Kingdom will enter the transition period until December 31, 2020.

Looking forward, the global trade deal will be the key to watch, and traders will carefully follow any fresh news regarding the Brexit and Sino-US trade deal. The US-Iran fresh progress will be essential to watch. Apart from the headlines, the BOE Gov Carney will deliver the speech today.

The GBP/USD continues to trade with bearish bias after violating the 1.3045 support level. On the 4 hour chart, the pair has closed a bearish engulfing candle under 1.3045 support level, which is a proof of bearish breakout. Below 1.3045, the GBP/USD has a potential to trade lower until 1.3000 level and even towards 1.2910 support zone.

The leading indicators, such as RSI and MACD, are also supporting the bearish bias among traders. I will consider taking selling positions below 1.3058 to target 1.3000 today.

The USD/JPY currency pair flashing green and representing 0.15% gains in the Asian trading hours mainly due to the greenback recovery in the wake of de-escalated tensions between the United States and Iran war after the Trumps sluggish speech overnight. The USD/JPY is currently trading at 109.33 and consolidates in the range between the 109.02 – 109.33.

As for the previous sessions, the USD/JPY currency pair hit the bullish track from the low of 107.65, mainly due to Iran’s missile attack but later returned to 108.45 by the London morning, having hit the high of 109.20 during the U.S. session. Ahead of the U.S. President Donald Trump’s speech, there were already signs rising from Iran for a de-escalation. As of consequence, markets turned into risk-on sentiment and thought that the U.S. would not take any revenge.

No damage was found in the missile attacks from Iran. This is why, rather than taking any military action, Trump said that he was imposing more restrictions on Iran. As of result, the risk recovered and yields rallied, ass well as greenback got the support.

At the data front, the ten-year yields recovered from 1.70% to 1.87% (was 1.79% at the Sydney close). There was a small drop back in the Sydney morning though on headlines reporting rockets being fired at the U.S. “green zone” in Baghdad, While markets are pricing a near-zero chance of rate cut at the next Fed meeting on January 29 but a terminal rate of 1.25% (vs Fed’s mid-rate at 1.63% currently).

Leading indicators are massively overbought, and USD/JPY is looking for a reason to trigger bearish retracement. 109.750 can offer this reason today. Let’s keep an eye on this level to capture a sell positon below this today. All the best!