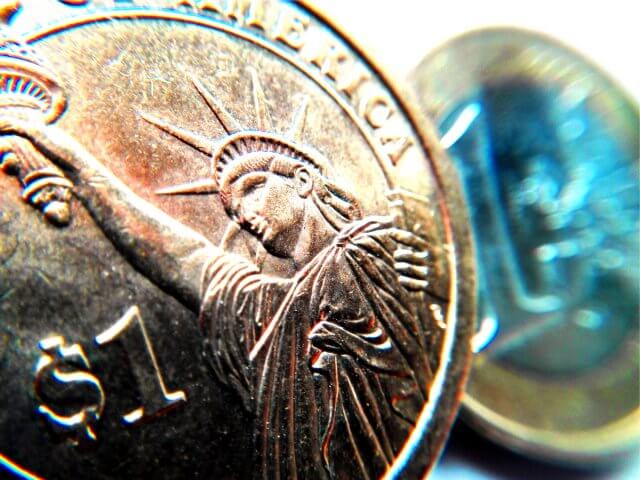 On the fundamental side, the economic calendar is likely to offer a thin trading volume, and it may offer thin volatility to the market. However, the focus can remain on the MPC Member Broadbent Speaks due to the European session today.

The EUR/USD closed at 1.21499 after placing a high of 1.22258 and a low of 1.21320. The currency pair extended its losses on Monday and dropped for the third consecutive day amid the broad-based U.S. dollar strength. On Monday, the rising risk-off market mood strengthened the U.S. dollar following the news that China was intensifying coronavirus measures to limit the nation’s rising infection rate. Whereas, greenback investors were also optimistic that President-elect Joe Biden would push for a multi-trillion-dollar stimulus package.

The growing concerns over an increasing number of coronavirus cases throughout Europe and China increased the demand for safe-haven, weighing on the risk perceived EUR/USD pair on Monday. The World Health Organization (WHO) has announced on European countries to curb a new variant of coronavirus that was first detected in the U.K.

The WHO Europe director Hans Kluge has said that coronavirus’s new variant has hit almost 22 European nations, and it was an alarming situation. Many countries have imposed a full national lockdown to stop it from spreading further. However, Hans said that tougher measures were needed to flatten the steep vertical line of rising cases in some countries. These warnings by WHO also raised safe-haven appeal and added losses in the risk-sensitive EUR/USD pair on Monday.

There was no data to be released from the U.S. side on the data front, while from Europe, at 14:30 GMT, the Sentix Investor Confidence dropped to 1.3 against the forecasted 2.0 and weighed on Euro that ultimately added further losses in EUR/USD currency pair.

On the U.S. front, the recent hike in the greenback was largely a result of higher U.S. Treasury yields that has resulted in a U.S. dollar short squeeze and pushed the greenback to higher levels. The U.S. Dollar Index continued to move higher and has climbed to 90.67, up by 0.67% on the day that added more weight on EUR/USD pair on Monday.

The greenback was also strong on Monday amid the optimism regarding the prospects of massive stimulus packages from the president-elect Joe Biden. The incoming President has vowed to deliver two major stimulus packages in 2021. He has also said that his first order after joining the office on January 20 will be to increase the number of direct payments to $2000. This has also supported the U.S. dollar and weighed on EUR/USD pair on Monday.

The EUR/USD is obtaining support at the 1.2144 level, and below this, it can dip further until the 1.2100 level. On the higher side, the pair may face resistance at the 1.2216 level. The RSI and MACD support bullish correction and may prompt a bounce off in the EUR/USD pair until the 1.2216 level. Beneath 1.2216, we can again see a dip in EUR/USD. On the hourly timeframe, the EUR/USD pair may find resistance at 1.2170, but the bullish crossover may offer us a quick buy position as the MACD supports the buying trend in the EUR/USD pair today.

The GBP/USD closed at 1.35100 after placing a high of 1.35679 and a low of 1.34507. The GBP/USD pair lost ground on Monday and dropped to a fresh 2-weeks lowest level amid the broad-based U.S. dollar strength. The pair GBP/USD witnessed some selling for the fourth consecutive session on Monday and extended its retracement slide from 33-months highs. The momentum drew the GBP/USD pair further below as the strong rally in the U.S. Treasury bond yields supported the U.S. dollar. The greenback recovered from nearly three-year lowest level after the treasury yields rally amid the hopes of additional U.S. fiscal stimulus measures. Investors started pricing in the prospects for a more aggressive U.S. fiscal spending in 2021 after the Democratic sweep in the U.S. Senate runoff elections in Georgia.

Meanwhile, the concerns about the surge in new coronavirus cases and the new tougher restrictions in Europe and China to fight against the new variant also weighed on the market sentiment as the safe-haven appeal emerged and contributed to the GBP/USD pair’s decline on Monday.

On Monday, England’s chief medical officer Chris Whitty said that the United Kingdom was enrolling its most challenging weeks since the start of the coronavirus pandemic as hospitals were overrun. He said that the U.K. was now at the worst point of the pandemic, and although they will have the vaccine in the future, the numbers were higher than they were in the previous peak.

The U.K. has already suffered more deaths due to the new variant than any European nation and recently became the fifth nation on earth to reach the grim milestone of three million cases. Whitty said that there were currently more than 30,000 patients in the hospital than 18,000 during the first peek of the virus in April. Despite the nationwide lockdown, the rising number of coronavirus cases in the U.K. also weighed on the British Pound that ultimately added losses in the GBP/USD pair.

Moreover, the Bank of England policymaker Silvana Tenreyro announced on Monday that skipping British interest rates beneath zero could promote the economy by more than increasing bond purchases. The Bank of England was currently looking at Britain’s financial system’s negative rates’ technical feasibility. She said that she was pushing back against arguments that negative interest rates would be ineffective in boosting demand or would cause significant damage to the bank’s profitability.

These dovish comments from Tenreyro weighed on British Pound that added losses in the GBP/USD currency pair on Monday.

The GBP/USD has disrupted the sideways trading range of 1.3531- 1.3505 range on the higher side. Closing of candles above this area can trigger buying until the next resistance level of 1.3585 level. On the higher side, the resistance continues to stay at the 1.3605 mark. The 10 & 20 periods moving averages are suggesting odds of bullish trend continuation today.

The USD/JPY pair was closed at 104.239 after placing a high of 104.396 and a low of 103.848. The currency pair USD/JPY rose for the fourth consecutive session on Monday and reached its highest level since December 10. The gains in USD/JPY were due to the stronger greenback as the U.S. Dollar Index was at weekly highs above 90.50 level on Monday. Wall Street’s main indexes were down on Monday, with Dow Jones down by 0.37% and the NASDAQ by 0.85%. The U.S. Treasury yield on a 10-year note hit the 1.136% level, which was the highest level since the March spike.

The rising treasury yields were due to the rising hopes of additional stimulus measures from the incoming Democratic President Joe Biden. He has promised to deliver two massive stimulus packages to aid the economy through the coronavirus pandemic in 2021. He also has said that his first order after joining the office on January 20 will be to increase the number of stimulus checks to $2000 from $600, which will be given to most Americans affected by the coronavirus pandemic.

Other than that, the USD/JPY pair continued to rise despite the rising risk-off market sentiment in the market. Mainland China saw its most significant daily rise in coronavirus cases in over five months. China’s health authority said on Monday that the new infections in Hebei province surrounding Beijing were continuously rising.

China saw almost 18 new imported infections from overseas, and on Monday, the country in northeastern Heilongjiang province moved into lockdown after reporting new coronavirus infections. These developments in the world’s second-largest economy added weight to risk sentiment that ultimately supported the safe-haven greenback and pushed the USD/JPY pair higher.

Meanwhile, the calls for Trump’s impeachment raised after he encouraged his supporters’ riots on Capitol Hill during the previous week that also kept the market sentiment soar. In Washington, the speaker of House of Representatives, Nancy Pelosi, called for Vice President Mike Pence and the cabinet to remove Donald Trump from office before moving to impeachment. This also helped raised the risk-off market sentiment and supported the USD/JPY pair’s upward momentum.

Furthermore, on Monday, the President and chief executive officer of the Federal Reserve Bank of Atlanta, Raphael Bostic, said that interest rates could rise sooner than anticipated as the economy was recovering more quickly than projected from the coronavirus damage.

Fed had previously hoped that rates would remain unchanged until at least 2023, whereas Bostic believes that the Fed’s emergency measures to fight the pandemic can start to be rolled back within the next two years, if not sooner. These comments from Bostic supported the U.S. dollar and added gains in the USD/JPY pair. However, the Federal Reserve Chairman Jerome Powell will deliver a speech on Thursday and reaffirm interest rates to stay around zero through at least 2023.

On Tuesday, the safe-haven currency pair USD/JPY is trading at 104.123 level, facing resistance at 104.400. On the 4 hour timeframe, the USD/JPY pair implies bullish bias, and as the 10 and 20 EMA are in support of upward trend whereas the MACD stays over 0, suggesting a bullish trend in the safe-haven USD/JPY pair. An upward breakout of the 104.223 level can extend the buying trend until the 104.610 level today. Let’s consider taking the buying trade over the 104.223 level and selling below the same. Good luck!