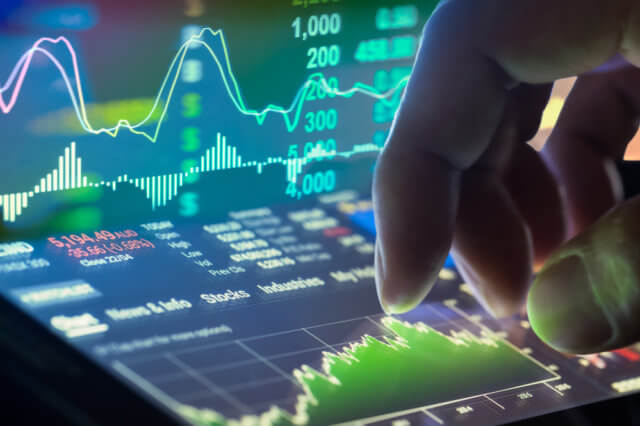 The U.S. dollar weakened against its major pairs on Friday, with the ICE Dollar Index sliding 0.6% on the day to 96.92. A Federal Reserve study pointed out that retaliatory tariffs issued in 2018 and 2019 have led to job losses and an increase in costs for the U.S. manufacturing industry.

Later today, economists expect wholesale inventories to rise by 0.2% on month in November. The Market News International Chicago PMI is expected to climb to 48 in December from 46.3 in November.

The Euro jumped 0.7% to a two-week high of $1.1181, and the British pound advanced 0.6% to $1.3077. The Purchasing Manager’s Index (PMI) has pointed a moderate recovery in the growth of manufacturing production. On the other hand, the growth of services output was also somewhat modest.

According to the European Central Bank, the economic conditions have started to calm down even though the inflationary pressure remains generally muted. ECB said that inflation in Eurozone had stabilized as well though it has not softened in recent months but has shown signs of improvement slightly.

EUR/USD advanced to 10 days the highest level of 1.11882 and showed a sharp rise in its prices on Friday on the back of positive comments from ECB. The increase in prices of pair EUR/USD was also caused by the weakened U.S. Dollar that day.

The EUR/USD pair has sensitive nature towards the global growth rate, and with the emerging trade optimism around the globe from the world’s two largest economies, the trend of Euro started to follow the dynamics and moved in an upward direction on Friday.

The EUR/USD is trading with the bullish sentiment, testing the resistance level of around 1.1215 on the 4-hour chart. The bearish breakout of this level can trigger further selling until 1.1175. Conversely, the bullish bias can lead the EUR/USD to 1.1125. Let’s wait for selling trade below 1.1215 today.

The British pound advanced 0.6% to $1.3077. There was no specific news related to Brexit, but GBP/USD pair before year-end raised its bars in the financial market on the back of the weakened U.S. dollar. Sterling increased 0.9% to $1.3117 on Friday, giving a bullish trend to the pair for 3rd consecutive day.

On the other hand, the New European Commission president, Ursula von der Leyen said in an interview on Friday that Brexit transition may not be possible by the end of next year.

This statement from the Europe side was not surprising at all. E.U. has remained doubtful that a proper trade deal can be made, but UK PM Boris Johnson has continuously insisted that the time period of 11 months was enough to get to the finish line. However, the future of the U.K. & E.U.’s relationship after Brexit has no clarity until M.P.s return to work after holidays.

U.K. Prime Minister has a majority in U.K. Parliament now and has a smooth track for Britain’s exit from the European Union, but E.U. has argued that period for setting trade deal was not enough, and it has raised concerns in the eyes of traders.

The RSI and MACD have now crossed over 50 and 0 zone, suggesting chances of a bearish reversal in the GBP/USD pair. Consider staying bullish above 1.2995 and bearish below 1.3100 today.

The increased risk factor caused the weakness of the U.S. dollar in the market after the positive sentiment around the globe related to US-China trade relations came in. The trade optimism gave investors concerns about the risk involved with it, and hence, the U.S. dollar loses its demand against other currencies before year-end.

Sine-US trade war has been weighing on the global economy for 18 months, and any positive trade news has massive effects on foreign exchange because of their direct link with international trade.

Ahead of holidays, USD/JPY dropped amid thin volume trades in the market and less demand for the U.S. dollar.

The USD/JPY has already completed the 50% Fibonacci retracement around 109.050 level. Now, this level is supporting the safe-haven pair along with an immediate resistance around 109.450. The RSI and MACD are suggesting chances of further selling in the USD/JPY pair. The couple may trade bearish below 109.450 to target 108.800.