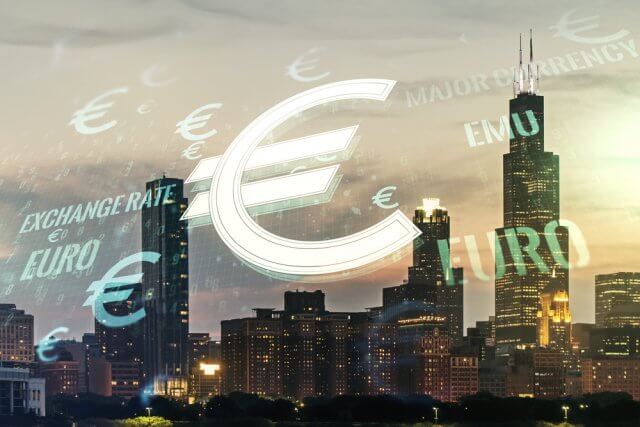 On the news front, the market is likely to remain muted in the absence of high impact events. Italian banks will be closed in observance of Immaculate Conception Day while the Frend Trade Balance, European Revised GDP q/q, and German ZEW Economic Sentiment will remain in the highlights today.

The EUR/USD pair was closed at 1.21088 after placing a high of 1.21660 and a low of 1.20784. EUR/USD pair extended its losses on Monday for the second consecutive day over the diminishing risk sentiment and the hopes for further easing package from ECB. The EUR/USD pair remained under pressure on Monday ahead of the upcoming ECB meeting on Thursday. The European Central Bank was set to deliver a further easing package of almost 500 billion euros to the Pandemic Emergency Purchase Programme that will extend the purchases for many more months and weighed on the single currency Euro.

The pressure on ECB to over-deliver on the market expectations declined due to the recent improvement in global financial market conditions since Joe Biden won the U.S. presidential election and positive vaccine news in early November. The more important event of the day for EUR was the Summit of 27 E.U. countries that will begin on Thursday and Friday.

The top agenda will be Brexit in the Summit as the question remained that UK PM Boris Johnson and E.U. Commission President Ursula von der Leyen will be successful in reaching a deal before the Summit. The paused Brexit talks by top E.U. negotiator Michel Barnier on Friday also added pressure on EUR/USD pair on Monday. Another factor pressuring the European Union was the Polish and Hungarian veto against the E.U. Recovery Fund and the 2021-2027 Budget. Both nations announced their intentions shortly before ambassadors of the E.U. member states met on Monday to veto various parts of the financial settlement. If a deal cannot be agreed with these two nations regarding the rule of law attachments being added to funding, then the E.U. has threatened to go with EU-minus Poland and Hungary fiscal package.

The market’s technical side continues to be the same as the pair continues to trade sideways due to a lack of high impact economic events. On the higher side, the EUR/USD may find an immediate resistance at 1.2160 and 1.2196 level. Simultaneously, the closing of candles below the 1.2103 level can send the EUR/USD pair further lower until 1.2080 and 1.2040 level. The MACD is strongly bearish; therefore, the idea will be to open a sell trade below the 1.2175 level today to capture quick green pips.

The GBP/USD pair was closed at 1.33785 after placing a high of 1.34375 and a low of 1.32239. The GBP/USD pair dropped to its lowest since November 19 on Monday in the early trading session due to the rising U.S. dollar, but it started to recover in the late trading session after the Brexit hopes raised. The U.S. dollar raised on Monday after the coronavirus cases continued to rise, and lockdowns expanded and weighed on the U.S. economic recovery. On Sunday, the Governor of California, Gavin Newsom, ordered large parts of the most populous U.S. state to close down as coronavirus cases spiked to record levels.

On Sunday, California reported more than 30,000 new cases and marked a new record for hospitalized coronavirus patients. Other states including, New Jersey, North Carolina, Virginia, and West Virginia, also announced a record one-day rise in new infections. These increased cases raised concerns over the economic recovery hopes and raised the demand for safe-haven greenback that ultimately weighed on GBP/USD pair. However, the currency pair GBP/USD recovered some of its losses on Monday after the UK PM Boris Johnson revealed that he was set to travel to Brussels in a last-ditch effort to break a post-Brexit deal. The E.U. Commission President Ursula von der Leyen and the UK PM Boris Johnson will remove the differences on a post-Brexit deal in the coming days. This came in after a 90 minutes phone call between the two leaders failed to produce a breakthrough.

In a joint statement, both said that the conditions for a deal were not there, and significant differences remained on fishing, level playing field, and any deal governance. They have asked their chief negotiators to prepare an overview of the remaining sticking points discussed in a physical meeting in Brussels in the coming days. A senior U.K. governmental source warned that a deal might not be possible after the phone call between Ursula and Johnson. It was also reported that the talks were in the same position as they were on Friday and made no progress. All these downbeat statements related to Brexit weighed heavily on GBP/USD pair.

On the data front, at 13:30 GMT, the Halifax Housing Price Index for November raised to 1.2% against the forecasted 0.6% and supported British Pound, and capped further losses in GBP/USD pair.

The USD/JPY pair was closed at 104.046 after placing a high of 104.310 and a low of 103.920. On Monday, the USD/JPY pair consolidated within a tight range around 104.00 level after placing a high of 104.310 on the U.S. dollar’s strength in the early European morning. However, the pair USD/JPY reversed its direction and started posting losses in late trading hours. The U.S. dollar was strong in early European trade on Monday as the coronavirus cases continued to rise and lockdowns expanded and weighed on the U.S. economic recovery. The U.S. Dollar Index that tracks the greenback against the six other currencies basket was up by 0.3% at 90.993.

The record hike in the coronavirus spread caused the Governor of California, Gavin Newsom, to order large parts of the most populous U.S. state to close down again. California state reported 30,000 new cases in a single day and broke its daily high record. Other states like New Jersey, North Carolina, Virginia, and West Virginia also reported a record-high number of coronavirus cases.

The rising number of coronavirus infections and the U.S. hospitalization rate added pressure on the U.S. economic recovery and raised the appeal for safe-haven that ultimately added strength to the greenback. The strong U.S. dollar helped the USD/JPY pair rise to the 104.300 level in the early trading session.

The 10-year Treasury yield fell by 4bps to 0.929%, and the 10-year real rates also dropped to -0.97% by 3bps. The declining U.S. yields thus decreased the attractiveness of USD investments relative to Japanese government bonds and underpinned selling pressure in the USD/JPY pair.

On the data front, at 09:59 GMT, the Leading Indicators from Japan came in line with the expectations of 93.8%. Meanwhile, the latest optimism regarding the vaccine and fiscal stimulus also kept the USD/JPY pair supported and limited the day’s losses.

Another reason behind the increasing demand for safe-haven Japanese Yen was the recent financial sanctions imposed by the U.S. and a travel ban on 14 Chinese officials over their suspected role in disqualifying elected opposition legislators in Hong Kong.

Hong Kong’s Beijing-backed government expelled four opposition members last month. In this response, the U.S. levied sanctions on Chinese officials and also blocked any assets the official might have within the U.S. These sanctions added in the safe-haven demand in the market and added strength in the Japanese Yen against the U.S. dollar, and weighed on the USD/JPY pair on Monday.