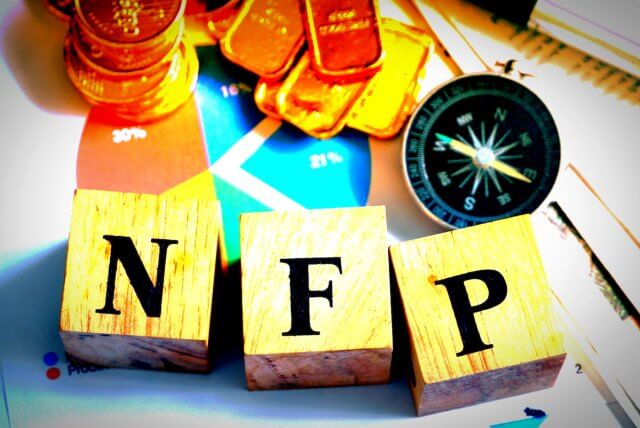 We have a series of low and medium impact events coming ahead, and the focus will be on the Eurozone’s Services PMI, U.S. Advance NFP, and U.S. ISM non-manufacturing events. The U.S. events are forecasted to be negative but positive data may drive selling trend in gold; let’s brace for it.

The EUR/USD pair was closed at 1.18024 after placing a high of 1.18057and a low of 1.17211. Overall the movement of the EUR/USD pair remained bullish throughout the day. The EUR/USD pair climbed to 1.1800 level from 1.17200 level on Tuesday after the U.S. Dollar Index fell by 0.1% to 93.45 level. However, the U.S. dollar index spent most of the day in positive territory but failed to keep its gains. The U.S. Treasury yields were lower on Tuesday, and the equity prices were high that weighed on the U.S. dollar. The 10-year U.S. Treasury bond yield was down to 0.513% level, the lowest level since March.

The European side’s macroeconomic data came in favor of the EUR/USD pair and took its prices above the 1.1800 level. Meanwhile, on Tuesday, the U.S. Congress Senate Democratic leader Chuck Schumer said that talks with the White House were finally moving in the right direction. However, they still were far apart on some issues. The gap between the two parties was about priorities and scale. Even though the difference was also mentioned, investors cheered the news that the talks were heading in the right direction and boosted their mood.

The equity prices rose, and the U.S. dollar suffered as the issuance of new stimulus weighed on the U.S. dollar. The weakness of the U.S. dollar ad rise in equity prices gave a push to EUR/USD pair. This Wednesday, the market will release the final versions of its July Services PMI for most major economies that are mostly expected to suffer upward revisions from preliminary estimates. E.U. will also reveal Retail Sales data for June. While the U.S. will release the ADP survey on private employment for July and the Non-ISM Manufacturing PMI. Traders will keep a close watch on both releases.

The EUR/USD shows another round of buying to trade at 1.1810 level. A recent breakout of the 1.1800 level is likely to lead EUR/USD prices further higher until 1.1849 and 1.1910 level. However, the support may be found around 1.1795 and 1.1760 area. Bullish bias will be stronger over the 1.1820 breakouts. The RSI and MACD are holding in the bullish zone while the 50 periods EMA is also suggesting potential for a bullish trend continuation today.

The GBP/USD pair was closed at 1.30701 after placing a high of 1.31079 and a low of 1.29810. Overall the movement of GBP/USD pair remained flat throughout the day. The pair GBP/USD reached a lower level of 1.2980, but it recovered from that level to settle once again around 1.3070 level in the late session. The decline and the later recovery was once again about the U.S. dollar as investors continued to ignore U.K. news and focused on USD news.

The U.S.’s macroeconomic data about factory orders in June rose to 6.2% from the anticipated 5.1% and supported the U.S. dollar that kept the GBP/USD pair under pressure.

However, the U.S. Senate Democratic leader’s latest statement that both Republicans & Democrats were moving in the right direction regarding the U.S. stimulus package weighed on the U.S. dollar. The U.S. Dollar Index dropped to 93.4 level, and the U.S. Treasury yield for a 10-year bond also dropped. Whereas, the equity prices rose that weighed further on the U.S. dollar.

On the other hand, the lack of progress in trade talks between the E.U. & the U.K. has shifted the attention to other economies. As the kingdom has started talks with the United States, that has shown little progress.

Furthermore, Toshimitsu said on Tuesday that Japan’s foreign minister would visit the U.K. this week to meet his counterpart to wrap up talks over a free-trade agreement between both countries.

However, earlier on the day, UK PM Boris Johnson announced another round of stimulus focused on the home construction and infrastructure to boost the economy. The suggested investment of around 900 million pounds out of 360 million pounds will be allocated towards delivering 26,000 new homes on brownfield land.

The demand for Sterling was also cooled down after the latest lockdown was imposed in the London area amid the resurgent coronavirus cases.

Meanwhile, considering the possible delay at the customs union’s border after leaving the E.U.’s single market, the U.K. government issued a letter in writing to pharmaceutical companies urging them to stockpile medicine for next year.

The health department advised firms to stockpile six weeks’ worth of supplies for the end of the Brexit transition period. However, the pharmaceutical industry has already warned earlier this year that COVID-19 had used up entirely some supplies.

Besides, the Boris Johnson’s government was resurrecting a plan to turn a 15 mile stretch of motorway into a contraflow system to be prepared for delays at Britain’s border with the European Union in early next year.

Moreover, China’s ambassador to the United Kingdom said that China wanted the UK to be a friend, but if the U.K. wants to make China a hostile country, then it will have to bear the consequences. This statement was followed by the move from PM Boris Johnson in which he announced plans to ban equipment purchases from the Chinese telecommunication group Huawei on espionage concerns. There was no reason for a directional move in the GBP/USD pair, and that is why the currency pair remained flat throughout the day on Tuesday.

The pair USD/JPY dropped on Tuesday amid the progress in a new stimulus package from the U.S. Congress. The U.S. Dollar Index was down by 0.20% on Tuesday at 93.4 level, and the U.S. treasury yield was also down to its multi-month low of 0.51%.

The U.S. Senate Democratic leader Chuck Schumer said that negotiations with the White House were finally moving in the right direction, but they still were far apart on some issues. He said that the difference between the two parties on the U.S. Stimulus package was about priorities and scale.

Investors ignored the differences part of the statement and focused more on the progress in talks part, and hence, the U.S. dollar suffered. The USD/JPY dropped below 106 level as the cost of supporting the U.S. economy through its struggles to contain the pandemic was under discussion.

On the US-China front, to assess China’s efforts to fulfill the promises made in the bilateral trade agreement signed in January, the U.S. & China have agreed to conduct high-level talks on August 15. The relations between the U.S. 7 China have been deteriorated because of many issues, including the coronavirus outbreak, Hong Kong, and human rights abuses in western China. The only matter for mutual concern between both countries seems to be like the trade deal and assessed in mid-August.

Moreover, Satya Nadella, the Chief Executive of Microsoft Corp., has signed an agreement to take over the U.S. operations of the TikTok app. The Microsoft Corp. and the Chinese parent company of TikTok, named ByteDance Ltd., had a deal on Tuesday that would allow Microsoft to run TikTok operations in Canada, US, Australia, and New Zealand. This agreement satisfied both companies & their shareholders and the two governments that are under bitter competition for technological clout.

On the other hand, this Wednesday, Japan will release the final July Bank Services PMI, and the Bank of Japan’s Governor Kuroda will give a speech about central banking in the coronavirus era. From the U.S., the ADP Non-Farm Employment Change and ISM Non-Manufacturing PMI will be key to watch.