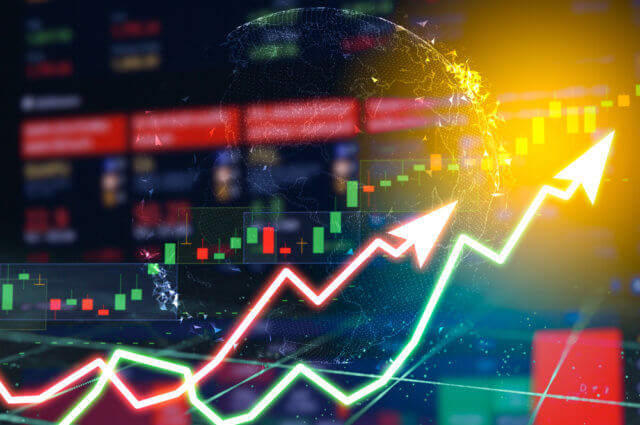 On the forex front, the ICE U.S. Dollar Index was little changed on the day at 100.79. On Tuesday, eyes will be on the series of low impact economic events from the Eurozone, U.K., and U.S. economy, but these may not drive major price action in the market. So we should focus on the technical side of the market. The German Federal Statistical Office will report February industrial production (-0.9% on month expected).

The uptick in German’s industrial production for February may not provide support to the EUR/USD because the futures tied to the S&P 500 futures are starting to reporting a 0.60% drop and will likely draw bids for the greenback during the day ahead.

In the meantime, if the German data represents that the manufacturing output was already facing a renewed recession ahead of COVID-19 concerns seen in March, the EUR currency may draw offer, possibly testing support at 1.0770.

It is worth mentioning that Industrial Production usually releases by the Statistisches Bundesamt Deutschland, which measures outputs of the German factories and mines. Whereas, the changes in industrial production are broadly watched as a significant sign of strength in the manufacturing sector. A high figure is understood as positive or bullish for the EUR. Hence, a low reading is seen as negative (or bearish). The German Federal Statistical Office will report February industrial production (-0.9% on month expected).

On Tuesday, the EUR/USD is trading bearish at 1.088, having an immediate support level of around 1.07990. On the 4-hour chart, the EUR/USD has violated the support level of 1.085, which is now working as a resistance. A bearish breakout of 1.07990 level may extend selling bias until the next support level of 1.0650. While the MACD is staying below 0, supporting the odds selling movements in the market. At the same time, the 50 periods exponential moving average is also keeping the EUR/USD in a bearish mode. Bearish crossover of 1.081 area can open further room for selling until 1.065 level. So, let’s consider taking selling trades below 1.081 and bullish above the same to target 1.0946 today.

The GBP/USD lost 0.3% to 1.2224. U.K. Prime Minister Boris Johnson has been admitted to intensive care as his coronavirus symptoms worsened. Meanwhile, the Markit U.K. Construction PMI slid to 39.3 in March (44.0 estimated) from 52.6 in February.

As per the latest report, the death toll from the coronavirus increased by 621 to 4,934. The total number of confirmed infections rose to 47,806. Apart from the coronavirus intensifying concerns, the GBP currency could remain bearish in the European trading hours, mainly due to the sluggish data. As in result, the U.S. 10-year treasury yields remain flashing green around 0.68% with major Asian stocks marking gains.

At the coronavirus front, the decreasing fear of coronavirus is also the reason behind the risk-on market sentiment. While the declining figures from Spain, Italy, and the U.K., the recent decline in the British death losses from the top of April 04 figures of 708 to 439 providing support to the market, but it seems doubtful as per the experts.

At the USD front, the U.S. dollar losing its bullish momentum on the day, mainly due to the risk recovery sentiment in the market. The fresh stimulus package hints from the U.S. also keeps the USD lower. Looking forward, investors will keep their eyes on the coronavirus updates. As well as, the government/central bank struggles to control the deadly disease will also be essential to watch for near-term direction.

During Tuesday’s Asian session, the USD/JPY currency pair failed to continue its 3-days winning streak and faced some fresh supply while dropped to 108.67 level, mainly due to modest declines in the U.S. dollar in the wake of risk-on market sentiment. The fresh recovery in the risk market weakened the safe-haven JPY and collaborated the pair limit the downside. The USD/JPY is trading at 108.79 and consolidates in the range between the 108.67 – 109.28.

The decreasing number of new coronavirus cases is also the reason behind the risk-on market sentiment. While the declining figures from Spain, Italy, and the U.K., the recent decline in the British death losses from the top of April 04 figures of 708 to 439 providing support to the market and weakened the Japanese yen’s safe-haven status.

Moreover, the risk-on market sentiment could also be attributed to the fresh pickup in the U.S. Treasury bond yields. The Japanese government is showing a willingness to declare a state of emergency for Tokyo, and other big cities further weighed on the Japanese yen, which was also seen as a factor helping limit the downside.

On the other hand, the United States President Donald Trump is also showing a readiness to declare another aid package after the House Speaker Nancy Pelosi gave hints for the same. The risk sentiment got a boost, driving the Japanese yen higher.

The USD/JPY is also forming a symmetric triangle pattern on the 4-hour chart in the wake of thin volatility and trading volume in the market. The USD/JPY is trading choppy around 108.884, still staying above previously violated the choppy trading range of 108.650 – 107.250. With this, the USD/JPY’s best immediate support is likely to be found around 108.700. On the 4 hour timeframe, the Japanese pair has closed a bullish engulfing candle over 50 EMA, which is suggesting odds of more buying in the USD/JPY currency pair. The USD/JPY may exhibit further room for buying until 109.680, and violation of this can open more room for buying until 110.500 and 111.450. On the lower side, support continues to hold around 108.750. Let’s look for buying traders over 108.850 today.