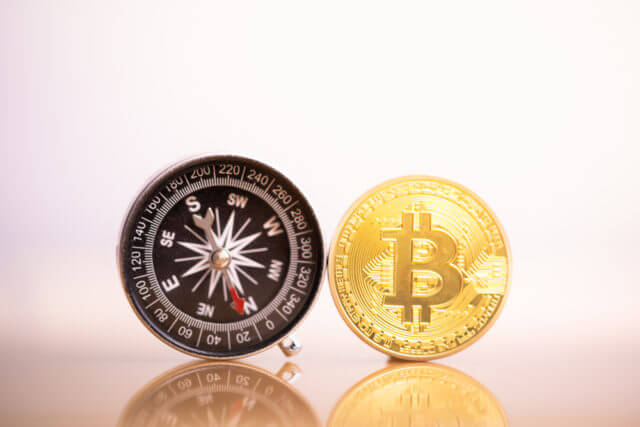 The cryptocurrency markets had quite a rough weekend. After a week of making substantial gains, the market started to rebound and go down. It all seemed like most cryptocurrencies found their sweet-spot of consolidation when two significant volume spikes happened. Both of these spikes seemed to have been sellers. During both of these downward-facing moves, RSI dropped from overbought straight down to oversold in a matter of minutes.

Ever since the last solid price jump that happened on October 10th, the volume kept dropping (apart from the sudden and short-lived sell-bursts). One thing to mention is that, before the first major move down, Bitcoin did try to reach a higher price, but got shut down at the price of $8,820, which is when the sellers kicked in. The price reached as low as $8,133 but managed to spring back up and stabilize, at least for a while. If we take a look at the past 24 hours, Bitcoin lost 0.83%, Ethereum gained 0.03%, and XRP went up 0.99%.

Bitcoin has kept its dominance percentage at the same level, which is currently at 66.7%. The market capitalization of the crypto markets decreased significantly over the weekend. However, it is now stabilizing at around $223.85 billion. 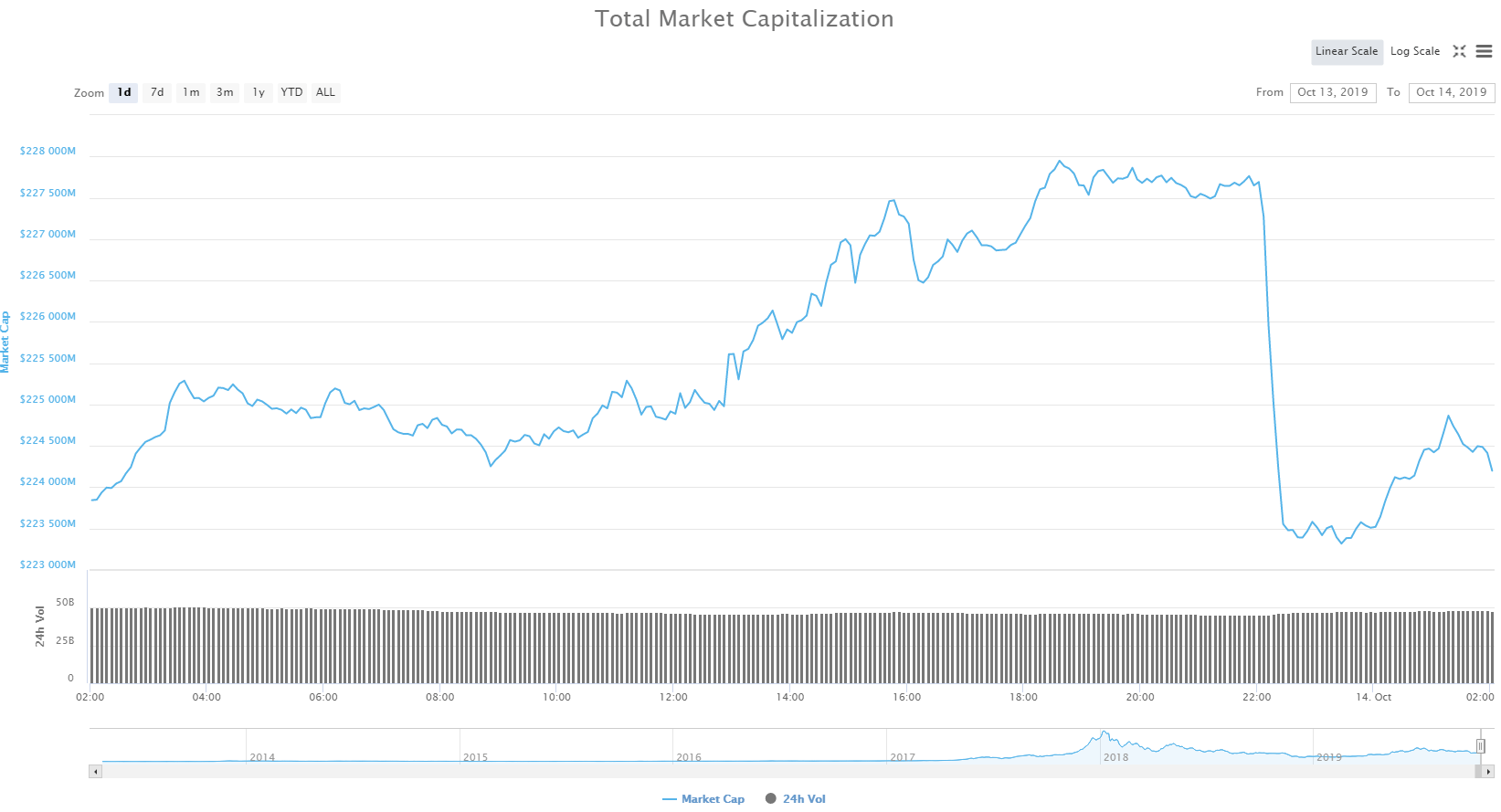 Bitcoin has had quite a rough weekend, just like most of the cryptocurrencies. As mentioned above, after the price of $8,820 got rejected, Bitcoin spiraled down to as low as $8,133. Most of the selling pressure happened in two tight time periods. The selling pressure was immense both times, bringing RSI indicator from touching overbought territory to oversold territory. The last move brought Bitcoin’s price below the lower Bollinger Band line, but it quickly rebounded and stabilized. Bitcoin is now trying to go over the immediate resistance, which is standing at $8,300 but is not managing to beat it quite yet.

If we take a more in-depth look at the volume, we can see that it is getting lower and lower after each spike. This is certainly not a good sign for the bulls.

Ethereum is also struggling with recovery after the bears came in during the weekend. Unlike Bitcoin, however, Ethereum had quite a few volume spikes. After not breaking above $198, Ethereum bounced back and quickly dropped to $179. After some consolidation, it even tested the low of $178, but immediately rejected it and moved back up a bit. It is now consolidating just above $181. However, this price is just below the immediate resistance, which is represented by the 23.6% Fib retracement line.

Ethereum is currently in the RSI range of 40 and near the bottom Bollinger Band, which may show us some bullish tendencies due to the lack of bear pressure.

Unlike Bitcoin and Ethereum, XRP had a different path in the past couple of days. Even though every cryptocurrency is correlated to the moves of Bitcoin, it seems that XRP is a bit different. After not being able to break $0.29 on October 9th, it started to fall down in price. It reached as low as $0.265 but did not manage to find a price to stabilize at. With volume staying at relatively the same levels (apart from a few spikes), XRP did not move decisively up or down. Even its RSI level fluctuations confirm that.

XRP is in the middle of an attempt to break the 61.8% Fib retracement line, which acts as a resistance.