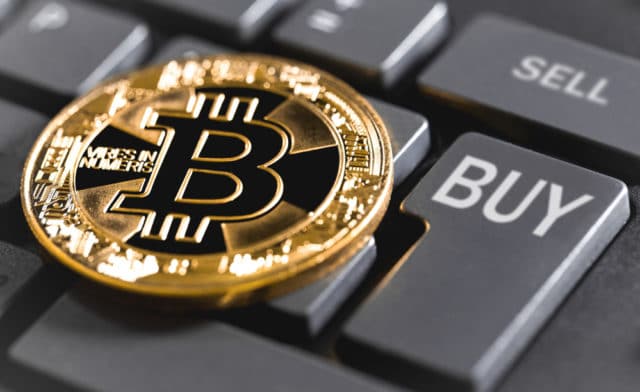 The cryptocurrency market was in a slight red, though many cryptocurrencies gained some value. While most of the cryptos are losing value in the 1%-2% range, quite a lot of gainers increased in price 5%-6%. If we take a look at the past 24 hours, Bitcoin went down 0.69%, and it is now trading at $8,688. Ethereum gained 0.28%, while XRP went down 1.59%.

Of the top100 cryptocurrencies by market cap, the biggest gainer is Noah Coin, with 328.96% daily gain. The biggest loser of the day was Aurora, which lost 30.53% of its value.

Bitcoin’s dominance remained at the same place from the last time we checked the markets. Its dominance now sits at 65.9%, which is a decrease of 0.02% from yesterday’s value. 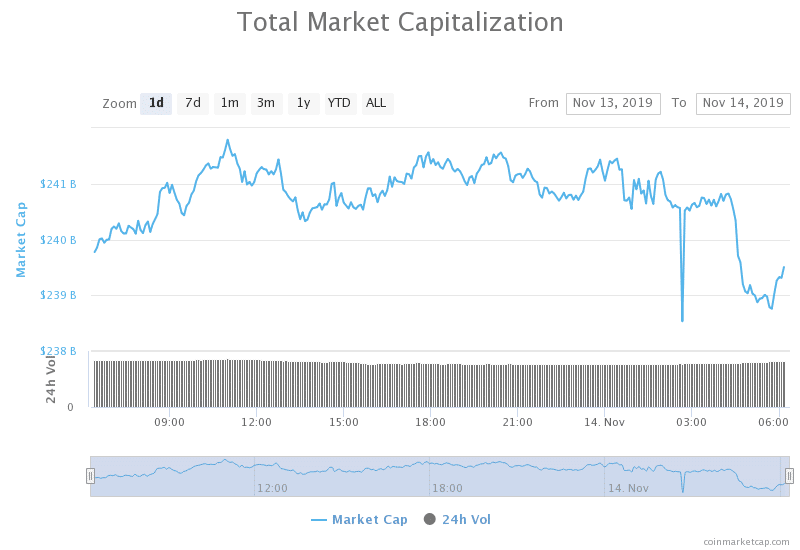 The cryptocurrency market as a whole now has a market capitalization of $239.7 billion, which represents a decrease of $0.5 billion from yesterday’s value.

There was no big fundamental news that could spark up any moves to the upside or downside in the past 24 hours. As a result of that, the markets kept consolidating, and the price of most cryptocurrencies didn’t move.

However, a more bearish outlook on the cryptocurrency market resulted in most cryptocurrencies being in the red. That being said, bullish news coming from the east are still strong and cryptocurrencies like NEO are having no problem defying the markets.

When compared to yesterday’s values, Bitcoin’s price is slightly lower. It is now right above the $8,640 support line, which actually got tested a couple of times. Each time it got tested, the bulls rallied and managed to keep the price above it. There were no attempts at breaking 8,820 yet.

Unlike Bitcoin, Ethereum was in a slight green if we compare the price to the one from the past 24 hours. Its price is still contained within a range between the resistance line of $193.5 and a support line of $185. Ethereum had a great day for the majority of the day, having one green candle after another. However, the price suddenly dropped to the support line, which is when the bulls rallied.

The key levels remain the same as Ethereum is back in the same position as it was yesterday.

XRP did not have a good day. Even though its price is contained between the support level of $0.266 and resistance standing at $0.285, it managed to drop in value quite a bit. As the range between its key support and key resistance levels is bigger than with Bitcoin’s current support-resistance distance, the price’s ability to move is somewhat bigger. Still, there was almost no movement in the past 24 hours. The $0.266 line did not get tested, but we can see that bulls are already standing still near that price line.