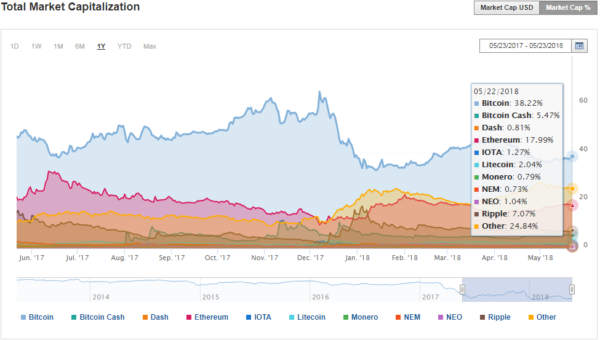 The cryptocurrencies are into a corrective phase, after the temporary rebound. It remains to see how long this will be as the major cryptos are almost reaching crucial support levels. Technically, the current drop was somehow expected after the impressive rally.

However, we’ll see if the buyers will step in again and if they will have enough power to push the crypto market higher again. The pessimism sentiment drives the crypto market in the short term. The investors could run away from the crypto market if the bearish movement is to continue. If you read my editorials you’ll notice that I’ve talked about a corrective phase after the temporary upside movement.

Personally, I want to see a strong consolidation in the short term before we can say for sure that the crypto market will be on an uptrend again. The cryptocurrencies are very volatile in the short term, that’s why the investors are sceptical that these speculative assets represent good investments.

The most important cryptocurrency approaches a critical support. A valid breakdown could confirm a massive drop for the upcoming period. You should be careful if you are long on Bitcoin because a further downside movement will ruin your account or your investment.

I’ve mentioned in the previous weeks that the rate could come down to test and retest the lower median line (LML), and the sliding line (SL) after the failure to stabilise above the 50% Fibonacci line.

Price will maintain a bullish perspective as long as it stays above the SL, while a breakdown will invalidate a further increase and will send the rate towards the 5,000 level again. This scenario will crash the crypto market again and many projects will die.

The next days will be crucial for Bitcoin because a breakdown is somehow expected after the failure to stay within the ascending pitchfork’s body. Only a false breakdown below the SL, followed by a retest and by an important increase will signal another leg higher.

Ethereum dropped by 10.59% in the last 7-days, while the Ripple decreased by 9.40% and they could slip much lower in the upcoming days.

You should stay away from the crypto market if you didn’t take a long position in the previous weeks and you should keep an eye on it if you invested in the major cryptocurrencies because you can still get out with a small loss if the market were to crash. However, the corrective phase may be temporary and could give us a great chance to go long again after a strong consolidation.