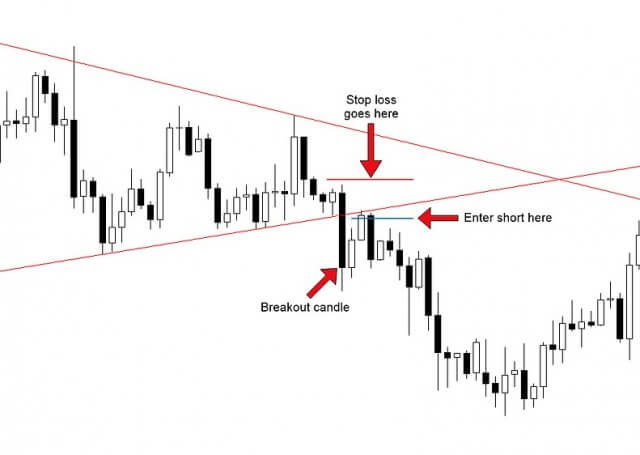 Let’s talk about currency breakout strategies. Have you ever heard that most breakouts are fake or that you should avoid operating breakouts? In the results of the World Cup Futures Championship 2017, first place went to Stefano Serafini, with an impressive return of 217%. What was Stefano Serafini’s main strategy to achieve such an impressive performance? Intraday breaks. So it would be very positive for you to do the following, the next time you see a so-called guru saying “most breakups are fake” or “avoid breakups”. Share this article with them.

In this article, we will teach you two currency breakout strategies to help you increase your accuracy and profitability when operating them. Of course, we will additionally teach you how you can use this to avoid any fake breakout.

While there are many types of currency breakout strategies, they can be classified into two broad categories:

In the article we present today we will focus on the second breakout strategy (the “Breakout pullback”), as it is much easier for operators to learn and execute it because it requires less skill.

Breakout Pattern: Finding a Key Level of Support or Resistance

Why two touches, huh? While the market can reach a key level of support or resistance with just a touch in that area, what usually indicates a potential flow of institutional commands and players who want to maintain that level, are two touches. These indicate a higher probability and number of orders in that area. The more buyers or sellers have that level, the greater the likelihood that the transaction will succeed.

Why? One reason is that those same players, when they skip stop loss orders after the level of support or resistance is broken, are removed part of the flow of orders against that break. This makes it easier for the rupture to continue.

In addition to this, big players, with smart money, after being eliminated (and detecting a good breakout) will often switch sides after their stop orders are skipped, which will provide a greater boost to the breakout. Therefore, it is important to identify a level that has a minimum of two touches (the more, the better) to increase the likelihood that a breakout setup will form.

Why does analyzing a recoil or reaction before a key level of support or resistance help break operations? Let’s say the market is on an uptrend and is finding a level of resistance where there are likely to be bearish positions at that level. If the bullies reach the resistance level, for the first time, and the market regresses, say 50 pips, if the second time the price reaches that resistance level, the market only regresses 25 pips, this will indicate a weaker reaction from the bearings.

Key: An additional pattern, which you can apply in the price action, is to look for breakout setups that are forming in trend vs countertrend. After I’ve taught you two underlying components of a breakout strategy, we can talk about how we can achieve a pullback breakout.

When there are two taps on a support level, together you bounce weaker and weaker. Once the market broke the level, I put my order for short. After returning to my level, and narrowly entering the negative ground, the pair fell generating more than 100 pips of profit. If I had waited for any sign of confirmation, like a bar pin or something like that, I would have gotten a worse ticket and a lower profit potential.

You can see another example of a live trade using a pyramid trading strategy where I go into a pullback breakout in both trades, trading with the tendency to make additional profits.

You can tell a lot about how to avoid false breakout when operating a pullback breakout setup. There are many breakup patterns that often fail.

To simplify, the best thing you can do is:

By learning to read the context of price action, you will have a better understanding of finding key levels of support and endurance where there is a large flow of orders around that level. You will also have the ability to know how to detect much better trend contexts, which are much more favorable for breakout trading setups. This is because there will be more flow of orders in your favor to support your operation.

Trading breakout patterns in currencies can be a highly profitable trading strategy when you learn to identify “A+” breakout setups. There are two types of breakout, which are a) the breakout itself, and b) the breakout pullback.

There are also breakout patterns that you can detect in price action and help you find breakout operations of higher probability. Trading breakout patterns in currencies can be a highly profitable trading strategy when you learn to identify breakout setups.

At first, try operating pullback breakout setups as they require fewer skills and will help you have confidence in breakouts over time. Finally, when trading the pullback breakout make sure you don’t expect confirmation signals of the price action as they will give you a worse entry and reduce your profitability.