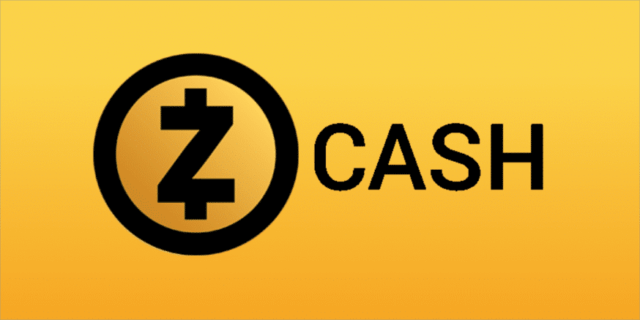 The first-ever blockchain, Bitcoin, is pretty much an open ledger where all and sundry can see your transactions, and those transactions can be traced back to you, if need be. While this level of transparency is partly what endeared many to Bitcoin, it is not amenable to the notions of privacy that are increasingly prevalent in today’s world.

Is there a way we can take advantage of blockchain technology without sacrificing privacy? Several cryptocurrencies intending to answer that very question have sprung up in recent years. Zcash, a crypto-based on the Bitcoin code base, is one of them.

This article scratches beneath the surface of this privacy coin to look at how it works, who created it, and how it stacks up against other cryptocurrencies in terms of performance.

Zcash is a decentralized, peer-to-peer, and privacy-focused cryptocurrency. It is based on the Bitcoin code and was launched in October 2016. It was first called the Zerocoin protocol, then the Zerocash system before finally going by the name Zcash.

Zooko Wilcox, the founder of Zcash, describes it as “another blockchain and cryptographic money which permits private exchanges (and by and large private information) in an open blockchain. This permits organizations, buyers, and new applications to control who gets the chance to see the points of interest of their exchanges, even while utilizing a worldwide, authorization-less blockchain.”

The Team behind Zcash

Zcash is the product of a mix of engineers, scientists, and designers around the world. In the team are graduates from some of the leading universities from around the world, including MIT, Johns Hopkins, and Tel Aviv University. The team’s leader and also founder OF Zcash is Zooko Wilcox, who has 20+ years of experience in open and decentralized systems as well as cryptography.

There’s also the Zcash Foundation, a non-profit whose mandate is maintaining and constantly improving the Zcash protocol to accurately represent the interests of current and future users as well as the community. The foundation was launched in 2017.

What is Zero-Knowledge Proof (ZKP)

The concept of zero-knowledge proof harks back to the 1980s when 3 MIT researchers – Shafi Goldwasser, Silvio Micali, and Charles Rackoff were working on interactive proof systems, and they stumbled on the idea of having knowledge of proof without revealing that knowledge.

The zero-knowledge proof concept has two parties: the prover and the verifier. A prover can prove to the verifier that they possess certain information without revealing what that information is. A ZKP must possess the following parameters:

Zk-Snark stands for “Zero-Knowledge Succinct Non-Interactive Argument of Knowledge.” Zk-Snarks are mathematical proof constructs that see to it that a transaction takes place without its details being divulged. These details include sender, recipient, and amount. Zk-Snarks also plays the role of preventing double-spending.

The Problem with Bitcoin’s Transparency

Bitcoin is the first cryptocurrency and one that a lot of cryptocurrencies are modeled after. On the Bitcoin blockchain, the world can see the details of transactions that took place, such as the public key. This transparency is a welcome idea, especially when preventing criminal activity from being conducted using the currency. But it’s also the crypto’s pitfall, especially in modern times when privacy is highly valued and protected.

Businesses also have the need to keep their most sensitive information away from the eyes of competitors and other interested parties. Companies also want to keep employee information, including salaries, from other employees and the public in general. Both these scenarios are not possible on the public Bitcoin blockchain.

This selective disclosure affords users the choice to comply with industry, tax, and legal obligations when and if required. For example, a user can prove that they own at least a thousand dollars without revealing the exact amount. As well, you can use this feature to comply with auditing requirements by providing payments.

Where to Buy and Store Zcash (ZEC)

You can purchase ZEC from these exchanges, among other popular ones: Coinbase, Cointree, Gemini, Bithumb, Kraken, Huobi, YoBit.Net, Changelly, and etoro. Some exchanges will allow you to buy directly with fiat currency, while others will require you to first purchase Bitcoin or another crypto such as Ethereum to trade it for Zcash.

You can store your ZEC on the Linux command line client wallet known as zcashd. This option is good for you only if you know your way around computers or are sufficiently tech-savvy. There’s also a desktop wallet by the Cash foundation that supports Linux, Windows, and Mac. Other desktop options include Jaxx and Exodus.

If you’re more into hardware wallets – and you should – since they’re the safest option, you’re in luck because user favorites such as Ledger and Trezor both support the coin.

Zcash is a cryptocurrency that provides the decentralized, peer-to-peer model of transactions while keeping them private. Users, businesses, and organizations looking to combine the benefits of blockchain technology with privacy are right at home with Z-cash. They also get to comply with regulations without giving everything away. Zcash offers the world the benefits of blockchain without sacrificing their privacy. And with the world valuing privacy more than ever, Zcash is set to move only forward.