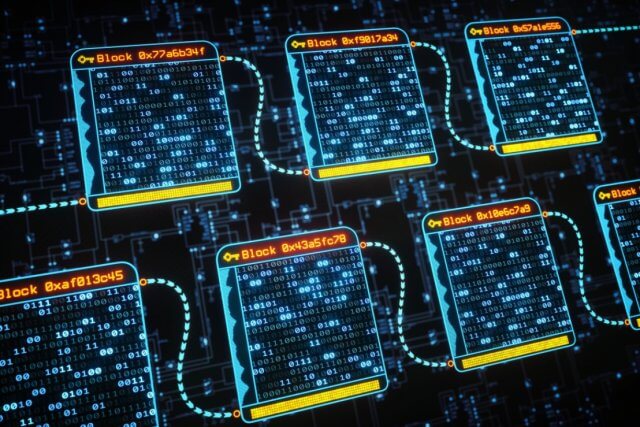 We are living an important growth of applications based on Blockchain technology, what would be the definition of this technology?

In 1968, young Americans died far from home in a war they did not understand, French students took to the streets contrary to the consumer society… people began to demand liberal self-management mechanisms, far from regulations imposed by leaders, of which no one knew their true intentions… In that ecosystem, attractive ideas began to be forged that, far from the violence of ancient revolutions, defended property and pure capitalism, a capitalism that was managed from the will of individuals and that sought social justice from the conscious distribution of resources.

In the following years the theories that underpinned these ideas were written, the ideas that established the foundations of the collaborative economy as we understand it today. Currently, Blockchain is the technology that makes these ideas possible. Blockchain is the technology that makes individuals possible to interact with each other, without the need for an external regulator imposed by the system. That is, Blockchain does not need governments, ministries, or large corporations to regulate relationships between individuals. Blockchain is an intelligent arbitration system that through a fair consensus system, provides validity and trust to all transactions between individuals.

So the question is no longer what is Blockchain? The question is, if like the youth movement of May ’68 was cannibalized by the consumer market that was attacked, will the current market be able to absorb the Blockchain movement? We have seen that it has a multitude of applications Can you give us some examples of the use that is currently being given to this technology and what it can be given in the future?

Rivers of ink are being written about the things that can be done with Blockchain, but the reality is that getting out of the conceptual definition is not that easy. The real applications for the market are appearing now, and the most immediate possibilities are in financial transactionality, document certification, digital identity, and cybersecurity… Use cases are landing right now: Object traceability… and people, intellectual property, or virtual banks are already a reality.

And what will come? Blockchain can reduce costs in management processes in any company, including public administration. Blockchain securely reduces the time and price of financial transactions and information. Blockchain proposes transparent distribution systems that parameterize the signed contracts obliging compliance, systems that execute orders agreed automatically… The future is magnificent.

Why this blockchain boom? We come from a global economic crisis, a crisis in which bankers, businessmen, and leaders have not turned out very well, some morally, and others, also judicially. A crisis in which we have all suffered, if not in our own experience, if in of a close relative or friend, it has also been a public crisis, televised: televised the scavengers, televised the refugee children dying on the beach, televised trials in which everyone loses their memory, televised politicians, elected by the citizens and guarantors of democracy and the values of society, covering their faces to get into police vans… being aware of what’s going on, and seeing it every day in the media… Isn’t it tempting to cling to the mysticism of a technology that allows anyone to create a bank, that allows benefits to be democratized, that allows you to believe that you can get out of a system that no longer provides moral referents?.

The public networks of Blockchain, cannot be fooled, cannot be hacked, cannot be bribed… How can I not allow myself to dream of a world that works better? Dreaming is legitimate and human, as is hope… That’s why the gap I was referring to earlier, between the conceptual and real Blockchain, because, for many people, Blockchain is still the Grail, or even, for some, an exercise in alchemy. We must balance expectation and reality.

What are cryptocurrencies and what are their current utilities? Cryptocurrencies are the money of the future, digital money where instead of relying on a centralized system is used a “peer-to-peer” system with thousands of anonymous nodes that verify the transaction, thus avoiding 90% of the cost and increasing the speed of operations, with the ability to make transactions in seconds, whatever the recipient and regardless of their location: a few days ago, I was told how a transfer could be made to Hong Kong in 6 minutes and totally secure.

Its use can be purely economic, as if they were euros or any other fiduciary currency, for example, so the Bitcoin or Ether, can have an application as an investment in a company or project, where the currency is valued or devalued according to the total capital that supports the project, its initial offer to launch the currency is called ICO and currently exist around 800 different cryptocurrencies where the predominance of bitcoin over the rest is around 40%. And in other cases, cryptocurrencies can be used for a mere exchange of goods and services, as a digital “barter”.

Why this rise of cryptocurrencies and what is expected in the future of them? The boom is because people don’t want long waiting times, nor do they want to pay high commissions, we are in a society where we want everything already and as cheap as possible. And with Blockchain technology this is possible. In addition, the other great advantage is that they allow the distribution of “dividends” of a company in a very simple and equitable way depending on the number of tokens (cryptocurrencies) that are held of a project. People are also providing them as a future investment because the growth of the market, the trend, is sustained and bullish.

What are the main cryptocurrencies and what differentiates them? The main currencies for me are two, on the one hand, Bitcoin and second Ether, although there are many who will want to come out and growing in volume and quotation. Bitcoin was the first cryptocurrency considered as such, after several failed attempts in the ’90s, Satoshi Nakamoto, in January 2009, announced the creation of Bitcoin and since then has gone from being worth cents to approximately $2,500 worth today, its end is entirely economic and transactional and can easily predict significant growth in the near future, with an estimated $10,000 by the end of next year.

On the other hand, Ether that works on the Ethereum platform emerged as an improvement over the Bitcoin network, where transactions are made faster and are better adapted to run Smart Contracts, which are intelligent contracts that allow the network itself to carry out operations if certain premises are automatically fulfilled.

More and more coins will appear with new projects, I can recommend ReddCoin RDD, a project that integrates a digital currency platform in a transparent way in the main social networks so that the process of both sending and receiving money is very simple and rewarding for everyone. Another emerging currency is LBRY, which has created a free, open, and community-managed Blockchain digital marketplace. But, again, there are 800 digital coins and each one has its own particularity.

Going back to Blockchain technology, what is it based on and how is it built? Although it is a complex technology, I will try to explain it as simply as possible:

Imagine a thousand computers, scattered around the world, each in the home of a normal person, a family, a student… individuals who do not know each other and make independent decisions. Well, let’s imagine, those computers are part of a blockchain network.

And I’m sure you’re wondering: why are they part of the network? Because very simple, apart from believing in it, they also do it for money. For each of those computers, every time you transfer information or digital money, you get a small commission.

Once we have answered why a computer is put at the service of a public Blockchain network, we can now imagine that someone decides to send a transfer in a cryptocurrency to pay for tickets to a theater function. Well, all those computers, they distribute the commission money that costs me that transfer, but in turn, they also validate the transaction.

Why are more and more banks (and non-banks) using this technology? In my opinion, Blockchain is a wonderful technology, the best-built data certifier, and validator. In addition, as noted above, the deployment of distributed data chains reduces management costs and can optimize process times. With this argument… How can companies and organizations not want to have this technology?

There is a special case, which is the financial institutions. Their situation with Blockchain is very special. On the one hand, they are forced to understand and play on the Blockchain board, because the reality is that anyone can create a virtual bank, the financial startups, the so-called fintech, are creating financial ecosystems independently of the big banks, and regulations such as the PSD2 directive are coming on top of them, which makes the growth of this new competition even more possible… All this encourages them to move forward.

But also, they have very strong regulations that they must comply with, they have spent a lot of money to generate operating systems that, effectively, work, the average age of customers earning money is high enough and far enough from an on-line industrial revolution to worry about now, and its conservative nature, makes them afraid of a technology they fail to fully understand. We’ll see in the future, whether the brake was stronger than the advance or… vice versa.

As digital identity systems and data validation systems advance, it is going to be very difficult to cheat or lie on the network. I am aware of the European Union’s intention to move forward on the issue of unique digital identity registers so that our identity as citizens transcends the virtual world.