For the cryptocurrency skeptics 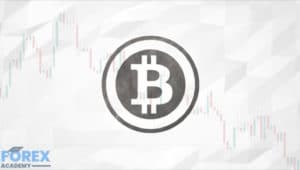 Ever since its inception over a decade ago, Bitcoin and the cryptocurrency market, in general, had quite a big group of skeptics declaring the market dead or directed towards obsolescence. Ten years later, Bitcoin is worth four figures, while the crypto sector as a whole is stabilizing and maturing.
However, cryptocurrencies still can’t seem to break into the mainstream and start getting used as they were intended. Very few merchants accept cryptocurrency payments, and even those that do immediately exchange their holdings to fiat currencies.

There are currently several thousand cryptocurrencies on the market. This can be considered a sign of the success of the market as a whole. However, these numbers can be deceptive. According to a CNBC report, over 800 cryptocurrencies are essentially dead and worth less than a single penny. When we take those out, the vast majority are not relevant or popular. Not to mention reports of various scams and fraud that happened and are still happening in the ICO market.
Other cryptocurrencies aside, the chief troublemaker in the industry is, according to skeptics, none other than Bitcoin itself. After reaching stratospheric heights of $20,000 in December 2017, Bitcoin price started falling in January, which started a lengthy bear market. On top of that, the value of crypto transactions fell by nearly 75% during the second quarter of 2018 when compared to the first quarter.
This lack of acceptance, both in the investment and retail arena, can partially be attributed to the US SEC’s denial of over a dozen ETF filings. On top of it, the regulators are trying to protect their respective fiat currencies, which brings Bitcoin and the crypto market to another obstacle – regulation. 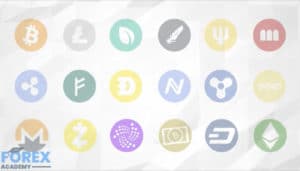 While it is true that Bitcoin prices crashed in early 2018, the market seems to be maturing, and the volatility, which was one of the main problems, is gradually fading. While this is bad news for speculators, it is excellent news for both institutional and retail investors, as well as for people who want to use cryptocurrencies as a payment method.
Cryptocurrencies and blockchain technology, in general, are starting to receive more and more attention for their utility rather than price movements. While merchants still remain wary of cryptocurrencies, banks and other corporations already started employing them.
While many are advocating the idea that Bitcoin and the crypto market are mainstream, the sector is determined to prove them wrong. While cryptocurrencies may still not be a standard payment method, the technology, as well as the idea behind cryptocurrencies, is quickly becoming extremely popular in different sectors and industries. As companies continue to fix their problems by introducing their infrastructure to a new frictionless solution to old problems with blockchain, cryptocurrency will strive. 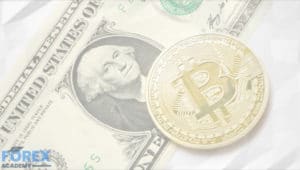 Even though the market is divided on whether the cryptocurrency market is going to fail or not, the market has continued to plug along and thrive. Although prices have fluctuated wildly, the sector is maturing and stabilizing.
As more companies discover uses for cryptocurrency and blockchain, and more users accept them as a way to simplify their lives, they will remain at a top spot when it comes to technological improvements. On top of that, at one point, if the concept gets fully adopted, we can expect cryptocurrencies to integrate itself in all ways of life. Coins and tokens may come and go as most projects are not resilient enough to survive the harsh market conditions. Still, the idea and the concept behind cryptocurrencies will undoubtedly thrive and get more respect as time passes.