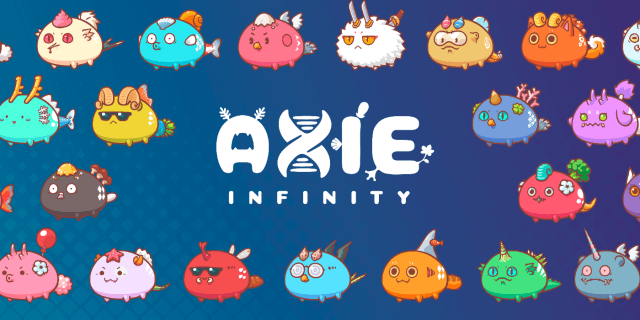 Blockchain made a lot possible. Today, whole new worlds of gaming coupled with economic incentives are possible. People are now owning virtual real estate through which they can make a lot of money. You can also breed virtual cats and sell or trade them, making money.

And now, in Axie Infinity, gamers worldwide have the option to join a strong community (which is real, not just virtual) and play the games of their choice and earn incentives. Axie Infinity is one of several platforms that are leveraging blockchain to cultivate decentralized, secure, and economic-driven gaming platforms for users everywhere.

This article looks at the Axie Infinity universe together with its native token, AXS.

Axie Infinity is a digital universe where people can earn tokens by playing games and contributing to the network. Players can compete, collect, raise and build kingdoms for their pets (called Axies). At the moment, players can get started by buying Axies from active players in the Marketplace.

Axie Infinity’s assets and data can be accessed by third parties, meaning developers can build tools and new experiences in the Axie Infinity Universe. The team hopes to build a platform that’s both a social network and an economic platform with a strong community and money-making opportunities.

Battle is a game inspired by games like Final Fantasy Tactics, Idle Heroes, etc. In Battle, three Axies are pitted against each other. At the start of every round, Axies are given cards according to which body parts they possess. Players will then select the cards that increase their winning chances while they carefully anticipate the cards their opponents will choose.

Just like in real life, (Axies) can be raised and produce newborns. To avoid a flooded supply of the pets, a pet can only produce offspring seven times. A Small Love Potion (SLP) is used every time a new pet is ‘born.’ You can earn SLPs when you play the game in PvE Adventure mode or the PvP Arena.

Axies have six body parts and a body shape. Every part has three genes: a dominant (D), recessive (R1), and minor recessive gene (R2). The dominant gene dictates which body part will be present physically on the Axie. During the breeding process, each gene stands to be passed to the new Axie. If a gene for a body part is not passed on, its body parts will be created through a randomization process.

Specific genes have the following chances of being passed to the offspring:

Land is the virtual real estate in the Axie network. Is divided into plots that act as the places on which Axies operate. Players can upgrade their plots with any of several resources and ingredients that will be discovered during gameplay. Landowners can discover AXS tokens on their plots or use Axies on those plots to check out the availability of resources. Plots are in the form of non-fungible tokens (NFTs) and traded in the network’s free marketplace.

The Axie Infinity Marketplace lets players exchange Axies, Lands, as well as in-game items with other players across the globe. Since the Axie Infinity network runs on the Ethereum blockchain, prices are quoted in Ethereum’s native token, ETH. Prices for Axies range from 0.02 to 100 ETH. The higher side i.e., 100 ETH might seem extreme, but that’s justified by the fact that these are ‘Origin,’ Axies – which are Axies created back in the original presale in Feb 2018. These Axies have body parts that will probably never be seen again.

The AXS token is the native cryptocurrency of Axie Infinity. It fulfills the following role in the ecosystem:

The Axie team is implementing certain strategies in a bid to expand the community. Current strategies include the following:

The AXS token was distributed in the following manner:

Where to Buy (store maybe) AXS

Today, you can get AXS from Binance, where it’s listed as a market pair of USDT, BTC, BUSD, and BNB.

As the Axie Infinity network is based on Ethereum, you can store the AXS token on an Ethereum-compatible wallet. Consider going with Ledger, Trezor, Trust Wallet, Atomic Wallet, MyEtherWallet, MetaMask, Guarda, which are all tried-and-tested options.

Axie Infinity is one of several blockchain-based platforms that are returning the power to gamers. On Axie, players will not just play, they’ll also earn cryptocurrency for simply participating. And this in a completely decentralized and safe environment. Will Axie reach the wild success levels of games such as CryptoKitties? That remains to be seen, but that in the crypto world there’s always space for advancement.