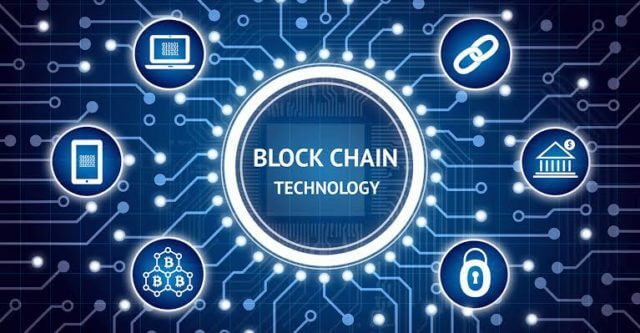 For some people, the words blockchain and bitcoin (BTC) are so thoroughly intertwined that the mention of one brings to mind the other. This association is almost natural, considering that it’s the BTC that gave prominence to the term. Yet the fact is that blockchain technology had been researched many years before the advent of bitcoin in 2009.

Proponents of the blockchain technology give the impression that it is infallible and totally secure and that it would provide safeguards against many problems that bedevil many industries today. Its famed data storage potential could, therefore, be exploited by players in many industries, including property rights records, healthcare services, legal services, and supply chain services, among many others.

There are many things that make blockchain attractive to the business community, and one of the things that make business owners enthuse over it is the fact that it allows for the creation of immutable records which can be relied on in the event of a contractual dispute. Such a system, therefore, makes it possible for parties in a dispute to solve their disputes in a transparent and amicable manner without having to involve any third parties. Other people find the technology attractive because data stored there is decentralized, which some people consider a huge positive because such data cannot be manipulated, and this is a further aid to transparency.

While blockchain proponents find the technology attractive for the above reasons, those opposed to it find fertile grounds to counter it for the very same reasons. First, where decentralization is supposed to be positive, most organizations will be averse to it because it makes the company’s private records available to the prying eyes of people from whom it should be kept away. In this category could be people you keep your company’s secrets away from, such as your competitors.

Secondly, creating and maintaining the immutable records comes at an astronomical cost. Blockchains do not only consume incredible amounts of energy but do so performing simple but heavily duplicated tasks. Contrary to what people have been made to believe, a blockchain is not a distributed system in the true sense of the word. The impression that is created when we hear of a distributed computing system is that all the computers in the system could be performing different operations. The converse, however, is true – whether you have a thousand or even ten million computers in the system, they all perform the same identical task. What then, you might wonder, do you stand to gain by using such a huge capital outlay on machines that are only duplicating each other’s efforts? This is the kind of expense that many businesses cannot afford, and before joining the blockchain bandwagon, it’d be prudent to explore possible alternatives.

Possible and Easy Alternatives to Blockchain

Perhaps the first thing that every prudent business owner needs to think about before employing blockchain technology is its return on investment (ROI). The prohibitive costs we have alluded to above and the redundancy of the computers used means that getting an ROI could prove difficult. Yet there’s no reason why business owners should be in a hurry to invest in technology when there are tried and tested affordable alternatives available. Here are a few:

Despite the hype surrounding decentralization, companies have nothing to lose (and actually have a lot to gain) by maintaining centralized databases. Such databases do not only maintain privacy but are easier to maintain and are affordable as they do not need to hold duplicate info, as is the case with a blockchain.

Contrary to what blockchain proponents might argue, there’s very little persuasion to back data up on multiple devices at the aforesaid prohibitive expenses. A company that desires to back its data up can do so by simply contracting one of the many contractors providing such services at very reasonable prices. Backup services have been around for some time, and we know they can be relied upon not only to store your data affordably but also safely. By encrypting your data before handing it over to the service providers, you are guaranteed that your company secrets are safe. And saying that such services are affordable is a huge understatement – the cost of storage with a backup service is completely insignificant when compared to the costs on a blockchain.

An easy way to enjoy the benefits that people crave for when investing in blockchain technology is by investing in distributed ledgers. Unlike blockchains, distributed ledgers do not have scalability issues, yet they, too, are decentralized. On top of being transparent, such ledgers offer great security against the threats of cyber attacks as they could be distributed across various sites and locations. Where a blockchain consists of a chain of blocks, distributed ledgers never need to use such a chain, and this is what makes them capable of processing vast amounts of data in very little time and would, therefore, be a more meaningful substitute for blockchains.

Finally, are we arguing that companies should completely keep away from blockchain technology? Of course not! On the contrary, there are good enough reasons why every business owner should keep an eye out on the goings-on in the blockchain industry. By educating themselves on the latest trends and comparing their company needs with what the new technology has to offer, business owners will be in a great position to find out how their businesses could benefit from the technology. Ignoring such developments will ultimately mean that a company might fail to take advantage of them at the opportune time. What every company owner, however, needs to be aware of is that there’s too much hype surrounding the blockchain word, and most of it is driven by ignorance. Given that there are very serious financial implications behind the implementation of this technology, it’d be a grave mistake to invest in it simply to be seen “to be with it.” As with many other forms of technology, there are affordable, appropriate, and more practical options, and that’s what you might consider using.