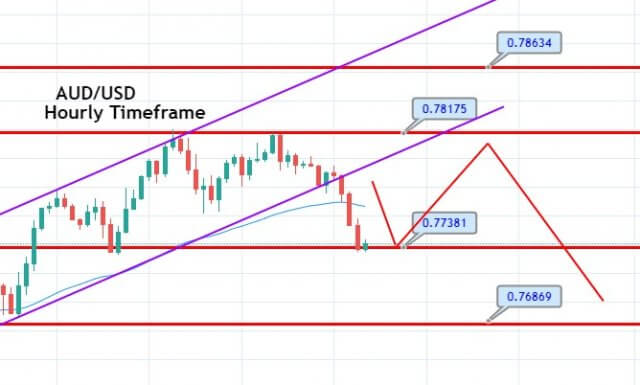 The AUD/USD pair was closed at 0.78063 after placing a high of 0.78199 and a low of 0.77329. The AUD/USD pair continued its bullish momentum on Wednesday and extended its gains amid the anticipated Democratic win in the US Senate runoff elections in Georgia.

The rally on Wall Street, surging oil prices, and news Australians could receive the coronavirus vaccination as early as February saw local shares up on Wednesday. The risk sentiment was supported by the mentioned factors and supported the risk-sensitive Australian dollar that ultimately added the AUD/USD pair’s upward momentum.

The prospects of a Democratic win in the US Senate elections and the Australian Government announcement that it would begin vaccinating people against coronavirus from next month added to the risk rally that ultimately supported the AUD.USD prices on Wednesday.

The two main Indexes of Wall Street, Dow Jones, and NASDAQ, rose on Wednesday by 1.55% and 0.51%, respectively, and pushed the market’s risk sentiment higher than supported the risk-sensitive AUD/USD pair’s upward momentum. Furthermore, the risk sentiment was also supported by the rising prices of crude oil on Wednesday amid the Saudi government announcement of increasing the output cut in February and March. It also supported the risk perceived by Aussie and added further in its bullish movement for the day.

The AUD/USD pair has violated the upward channel at the 0.7780 level, and violation of this level has triggered a selling trend until the 0.7738 level. Our position is already in profit; we need to move our stop loss into the breakeven level. Check out a trade idea below.