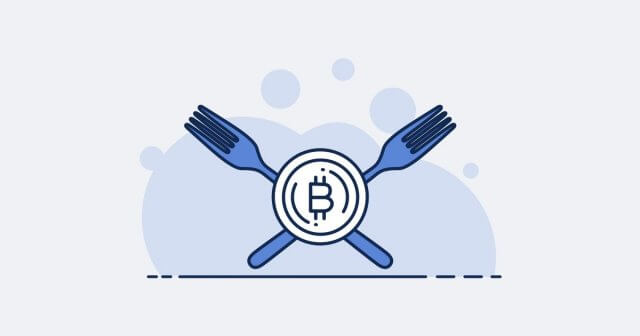 A split in the Bitcoin network is referred to as a Bitcoin fork. A Bitcoin fork results from an alteration of some original Bitcoin rules resulting in a similar coin with slight changes.

What is a BTC Fork?

The rules of the game are always changing in the Bitcoin Network, and that’s what BTC forks are about. A Bitcoin fork is the change of the existing Bitcoin code or protocol.

Let’s say there is a universal game with a set of globally accepted rules, and then someone decides to change part of the rules. Some people will disagree with the changes while others accept the change.

That is exactly what happened with the Bitcoin Code. So the fork means there is ‘New Bitcoin’ and ‘Original Bitcoin.’

Forks that allow new rules to be applied alongside the old rules are called soft forks. But not all forks are created this way. Some lead to the formation of a different coin altogether. These are what we call hard folks.

The Bitcoin Cash fork happened in August 2017 when Bitcoin Cash(BCH), a new coin, came into existence. Bitcoin Cash’s block size was 8MB compared to Bitcoin’s original size of 1MB. This was meant to increase the number of transactions for each block.

A Step by Step Guide for Claiming BTC Forks

Claiming BTC forks is not a straightforward process. It entails enormous risks that only experienced traders can avoid. So before you proceed to claim them, you will require some safety tips and guidelines. Here are a few things you need to know.

Claiming these coins can put your privacy at risk because it exposes all the data on your BTC holdings to several networks. However, observing the guidelines below can help protect your financial information and reduce the risks considerably.

i) Guideline 1- Use a new wallet

Before you commence the claiming process, you must transfer the BTC fork coins to a new wallet with an entirely new seed recovery phrase.

As you may know, you’ll be required to share the private keys of your BTC wallet during the claiming process. This means you are giving the claiming tool access (keys) to your wallet. Some malicious software can capture this data and later access your active BTC wallet and drain the remaining BTC. So using a new wallet with different private keys from your main wallet will cushion you from any harm or possible Bitcoin theft.

It should be clear by now that claiming BTC forks is a risky and complicated venture. So before claiming the coins, ask yourself if it’s worth the hassle. You should only proceed if you think the reward outweighs the risk.

But how can you tell if the reward is worth it? Well, this will require you to make a personal decision. For instance, if you own 0.5 and are eligible for 0.5 BTC Gold, then the profit may not be worth the risk. So check what you have against what you are eligible for to decide.

To make an informed risk-reward ratio decision, the following are some factors you should consider.

Typically, the amount of forkcoins awarded is directly proportional to the bitcoin in the address. For example, if you have 1.582 BTC, you will be awarded 1.582 forkcoins. However, this ratio can vary, so be sure to check before claiming the forkcoins.

Some forkcoins, particularly the major ones, have ready markets thanks to their rigorous advertisements and partnerships. This means you can trade your coins immediately after you claim them.

The small unknown forks, on the other hand, can be challenging to trade. Some are even untradeable. In the end, you remain with your forkcoins with nowhere to take them. So do the due diligence to check the available markets before claiming your forkcoins.

There are many people out there who are after ripping you off your Bitcoin. To be on the safe side, only follow guides from the trusted and well-known wallets like Ledger.

Alternatively, you can use the information available in credited publications. While most of these publications are trustworthy, they will not be held responsible in case you lose your Bitcoin. Therefore, be sure to cross-check any information you get from publications before using it.

There are essential initial preparations to undertake when claiming your BTC forkcoins. They include;

i) Exporting your private keys

To claim your coins, you must export the private key in a compatible format with the import tool. To do this, you can follow the instructions available on your wallet’s documentation.

In cases where you cannot export the private keys, as is the case with hardware wallets, you may be required to input the wallet’s seed recovery phrase in another tool and run it offline. One such tool is Ian Coleman’s BIP39 Tool.

You don’t have to import all private keys for claiming. Some don’t have any value, and you will save time by excluding them. Tools like findmycoins.ninja can help you gauge the value of your Bitcoin addresses before claiming.

One way to claim your forkcoins involves downloading the authorized wallet of the forkcoins, then importing the private keys. This process has several downsides. First, it is time-consuming, and second, it may expose you to malware.

There are faster and safer DIY methods that you can use. The two commonly used methods are;

i) BitPie and Bither

These two wallets go hand in hand. You can use the Bither to extract your forkcoins and sell them through BitPie.

The two wallets are reliable. For instance, Bither is available on Bitcoin.org site and can be used on Android smartphones and desktops. BitPie, on the other hand, is available for Android users. For users without android smartphones, you can operate the wallet on your desktop, but first, you should install the BlueStacks Android emulator.

Ymgve’s is another excellent DIY method to claim your forkcoins. Ymgve’s script is the most preferred method because besides having lower mining fees compared to BitPie/Bither, it also supports SegWit addresses and allows users to transfer coins to any address. This includes sending the coins directly to the account of the exchanging party.

While this method has many benefits, it isn’t very easy to operate. You will be required to use a command-line where you will input up to 180 characters for every address.

Bitcoin forks are slight changes made to the original bitcoin to get a coin with different rules. While these forks have made it easier for users to claim coins, it has also become even easier to get conned. It is advisable to do thorough research before claiming your BTC forkcoins.

Once you’ve decided it’s safe to claim your coins, there are two common DIY methods to use – which are BitPie and Bither or Ymgve’s fork claimer. While you get a ready market for using the former, it is cheaper to use the Ymgve’s fork claimer method.

With time, we should expect to see more forks coming up. This means we should be keener when choosing which forks to invest in to prevent issues when claiming for the coins as well as to avoid being scammed.