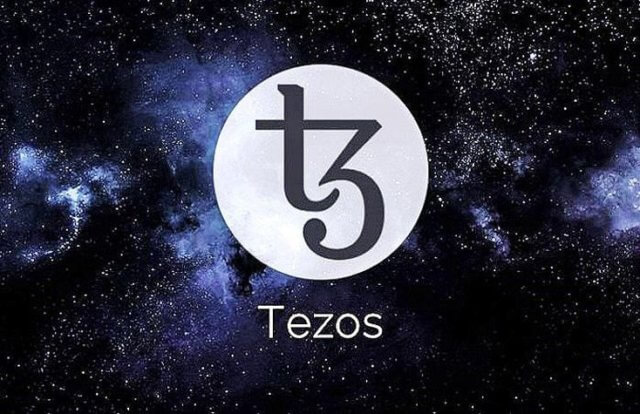 Tezos is one of the most controversial cryptocurrencies to grace the scene. After a wildly successful July 2017 ICO that collected $232 million, its launch was postponed with controversy after another. However, the crypto finally launched in September 2018, rising above the cacophony to become the tenth most successful cryptocurrency as of February 26, 2020.

And this crypto-only seems to be growing stronger – it’s one of the cryptos to witness a bullish first quarter of the year.

So, what is Tezos? Let’s do a deep dive into Tezos, its unique selling point, and the controversy that once threatened to derail it.

Who is Behind Tezos?

The team behind Tezos is Arthur Breitman and his wife, Kathleen Breitman. Between them, they have a wealth of computer science, Mathematics, and finance experience. Arthur has previously worked for Goldman Sachs and Morgan Stanley, while Kathleen has work experience from Bridgewater Associates and R3.

Before we dive into Tezos, we need to understand the meaning of a ‘fork’ in the context of blockchain.

Blockchain, like software, needs to be updated from time to time to improve its functionality in one way or another. A software upgrade is known as a fork – which can either a soft fork or hard fork. A soft fork is backward compatible, but a hard fork is not.

Now you need to understand that forks are not a bad thing: if anything, updates are what makes a blockchain amenable to changing times and user demands.  The only problem is when hard forks cause rancor within a blockchain community.

The hash wars were pretty much the two camps using their mining resources to outdo the other chain. Ultimately, it was unnecessary theatrics that actually plunged the whole crypto market and promoted a bad rap against the blockchain and crypto industry.

This is the kind of contention Tezos is trying to avoid. Kathleen Breitman, the Tezos co-founder, said this in an interview with BreakerMag: “The great irony of Bitcoin is that it’s ultimately a tool for community consensus, but it’s [marred by] a tremendous amount of animosity. Tezos allows for innovation to happen in a systemized way as opposed to one born of politics. You’ll not find two people who loathe politicking more than Arthur and me. That’s the idea behind Tezos: let’s formalize this extraordinarily informal process.”

Tezos hopes to avoid divisive hard forks via what they call ‘self-amendments and on-chain governance.’ The self-amendment concept is meant to prevent the chain from undergoing a hard fork when it needs to upgrade. On-chain governance, at its simplest, means that users will vote over any proposed amendment. Combining the two means that voting can be modified, or the chain can be amended when necessary. The result is a frictionless process that allows the evolution of the blockchain without a hard fork.

This is how it works:

This process ensures a decentralized and democratic approach to protocol upgrades by ensuring approval from the bigger section of the community. It’s a peaceful and yet effective approach for improving the Tezos platform.

Token holders can delegate their baking rights to other token holders without relinquishing their ownership of the tokens. When the baking process is completed, the baker shares its rewards with the other delegates. A baker will be punished for acting dishonestly e.g., not sharing rewards, charging high fees, or attempting a double spend or propagating blocks on different branches.

Token holders can easily switch delegates and, as such, can threaten to delegate elsewhere – this fosters coordination instead.

The proof of stake mechanism works as follows:

However, the PoS mechanism includes the entire community and may prove to be problematic for scalability in the long run. For this reason, newer blockchains are designed with a delegated proof of stake (DPoS) protocol. DPoS means delegates are selected beforehand.

The Tezos consensus mechanism is a lot like this but slightly different. Instead of a hard and fast rule about the choosing of delegates, it’s completely up to a network participant to decide if they want to be involved in the validation process or not. In short, delegation is optional, or ‘liquid.’

The Tezos we know today almost never was – thanks to a cloud of controversy, it was mired in from the very beginning. Let’s look at the issues one by one below:

First off, the company behind Tezos is called Dynamic Ledger Solutions (DLS), while the one that was put in charge of the ICO contributions is the Tezos Foundation.

DLS retained intellectual property rights over the Tezos source code. As per the ICO agreement, the Breitmans would set up a foundation (the Tezos Foundation), which would then buy out DLS (including the property rights) for the sake of the community.

However, the agreement had been that the Breitmans and Tim Draper, a venture capitalist, would receive 8.5% of the funds raised from the ICO as well as 10% of the circulating Tezzos. A document outlining the relationship between DLS and Tezos foundation and for the “interest of privacy” was pulled from the companies’ websites with no explanation.

The next controversy was the Breitmans getting into a public dispute with a member of the board and the President of the Tezos Foundation, Johann Gevers. The story is that Gevers, being in control of the funds from the ICO, would not release the funds.

The squabble caused unrest within the community and caused the coin to plummet in value. The Breitmans put out a censuring statement on Gevers peppered with terms such as “self-dealing, self-promotion, and conflicts of interest.” The prolonged and adverse media attention eventually pushed Gevers, and the Tezos Foundation board members to step down. They were replaced by two community members Michel Mauny and Ryan Jesperson.

For the next few months, updates from the Tezos foundation were scarce as the community waited for any sign. Then the Tezos foundation unexpectedly announced that Know Your Customer/Anti-Money Laundering checks would be required from the contributors to the ICO from the year prior. This caught investors off-guard since the ICO was already a year old by then. This announcement was met with disapproving reactions from the community.

Where to Buy and Store Tezos

You can buy Tezos directly from or trade another crypto such as Bitcoin or Ethereum and then exchange it for Tezos (XTZ) on crypto exchanges such as Binance, Coinbase, Kraken, Cointree, Huobi, Bittrex and so on.

There’s currently no official wallet for Tezos. Like for any other cryptocurrency, it’s highly recommended you store your XTZ on a hardware wallet. Some great options include Trezor and Ledger Nano.

Tezos brings an interesting perspective into the blockchain space – the idea of the autonomous amendment and on-chain governance. And its success after another may be an indication that the crypto was cut for the future despite what many believed. Its success will depend on how it continues to innovate in an ultra-competitive crypto space.