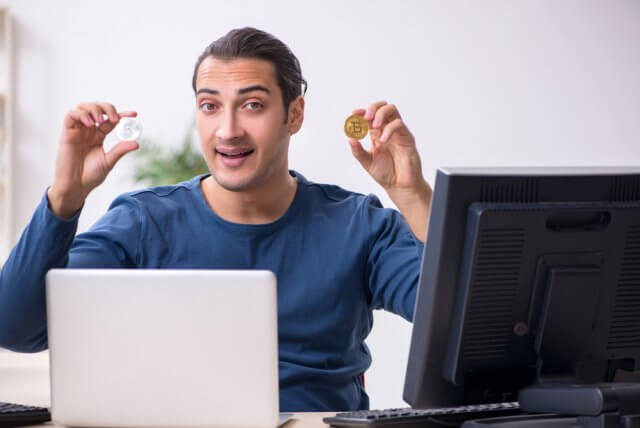 The global workspace has considerably been changing and evolving. For example, the replacement of automated machines has helped corporations reduce costs on jobs. Back then, people had the idea of staying and working in a single workplace. But, in the younger generation, the idea of moving from one job to another is normal.

Then comes the gig economy that is growing at a great pace. In fact, it has even become the main source of income for many people across the world. And all of this has been made possible by the internet’s feature to connect remote workers with their employers.

In 2018, over one-third of the Europeans and Americans are involved in the gig economy. Presently, the numbers have almost risen to 50%, which has led to pressure in the existing economy to keep up with this rise.

However, there is a downside to it. For making payments via PayPal, the fee is around 4%, which certainly unreliable for continual large-scale use. Many digital payment providers like PayPal are available, but their charges are still not reasonable for freelancers.

But well, it doesn’t end there. This is when blockchain and cryptocurrencies make their way into the gig economy. Let’s find out how.

Cryptocurrencies can significantly affect the transaction system in the freelancing field. There are two features cryptocurrencies have to offer that could help ease the payments.

These two features, happening to be the most important factors in a transaction, is unavailable in services in PayPal. Also, there has been a rise in blockchain-based platforms for searching and positing freelancing jobs, which has caused a challenge for the existing farm websites.

Also, the growth of the gig economy across the world in recent years has led to Upwork stop accepting registrations for freelancer writers.

How is the world developing?

The development of the gig economy has been slow, yet steady in the Western countries. But it has become a regular job in other emerging countries around the globe. For instance, in 2015, Africans created over 3.1 million new jobs. And in the same year, 12 million youngsters entered the workspace. Hence, these numbers evidently explain the growing gig economy embedded with crypto services in Africa.

In some countries, cryptocurrencies have seen to be more stable than the standard fiat currencies. Though they have regular volatility of 10-15%, it is still a better option than unstable fiat currency as they are prone to hyperinflation.

Many thought the gig economy is something that could take a while to enter, but it is here before than expected. With its steady rise, blockchain and cryptocurrency have increased its rate of rising. Also, this could also lead to norms like PayPal and Upwork to adapt and reduce their existing cost on transactions.