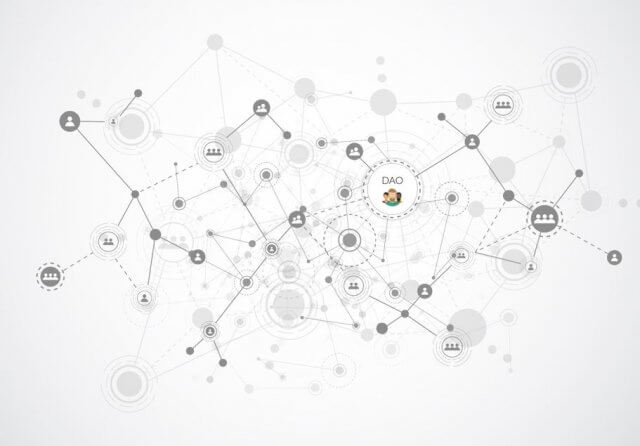 The blockchain technology has been in the industry for quite a while. Cryptocurrencies were the first ones to experience the taste of blockchain technology. As years passed, many technologies were being prototyped using blockchain. Then came Decentralized Autonomous Organizations. Many blockchain geeks would already be aware of it, while the rest are still clueless about this concept though they’ve heard it. So, if you are still one of those who doesn’t understand DAO, then this article might help.

The meaning of DAO lies in its name. DAO is an organization that is both decentralized and autonomous. Back then, it was only an idea but became practical with the assistance of blockchain.

As mentioned, DAOs are organizations that run in a decentralized and autonomous fashion. In other words, they operate without a centralized party that makes decisions. In fact, all the growth and profit are managed without any central authority. When it implemented via blockchain technology, they are bound to follow programmatic rules that are granted through consensus.

Let’s consider an example illustrated by Mike Hearn to visualize the concept of DAO. He objectified DAO to a driverless car that acts like a taxi. It charges the passengers as a rental. After the journey, the profits are used to fuel the car at the gas station. In the whole process, the car does not require any human effort to figure out what to do, as everything is programmed initially.

The first feature is obviously the autonomous nature of DAO. This means that any outside forces cannot corrupt a deployed function. In addition, their open-source nature makes it transparent. This eliminates the doubt for a trusted third party. There are tokens of all transactions, which are used for rewarding. With the non-hierarchical structure of DAO, all the funding takes place only during development and is distributed equally.

The Reason of Existence

Apart from a predefined goal, DAOs contrast with other organizations. In the present world, every organization out there is centralized. So, the only reason for the existence of DAOs is to take advantage of a highly efficient, autonomous, and decentralized system of governance. If organizations work like the DAOs, then there would be no time wastage and effort from an intermediary to control the organization. Instead, all the work would be done by itself.

The Advantage Over Traditional Governance

Governance simply refers to the interaction between various entities based on specific rules and norms and on how they are regulated and structured. Every governance in a company follows a top-down approach. In such an approach, there arises issues and dilemmas. For example, an agent can make a decision with their own choice as a result would not affect them.

If the decision turns out to be risky for business and expensive, the one to suffer would be the principal (a higher position), not the agent from a lower position. But, with DAOs, the costs, as well as the principal-agent dilemma, would be reduced because DAOs utilize smart contracts and blockchain technology in its working.