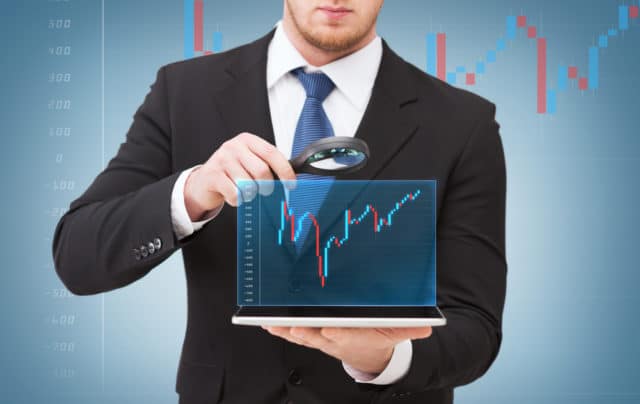 The economy of all the nations after the end of World War II was at stake. Not a single country saw a growth in its economy during this period. So, there had to be someone to fix this all up. Hence, the major Western banks stepped in to strengthen and stabilize the economy on a global scale. They established the well-known Bretton Woods System, which got Gold into focus, as it got paired with/against the US dollar and other currencies. This system did bring the economy to balance to some extent but slowly started becoming inefficient and outdated as the major countries began to expand at a good rate.

With this under consideration, the system was abolished and was replaced by a much efficient system for the valuation of currencies. Precisely, this system was called the free-floating type system, where currency exchange rates were determined by supply and demand factors. During the final decade of the 20th century, the internet came into existence. This brought drastic changes in the way how trading in the markets works. With the facility of internet, the banks came up with their own trading platforms, and these platforms enabled traders to keep a watch on the live quotes of the currencies and also provided smooth and swift execution of trades.

Taking this forward, as the market began to grow substantially, the so-called ‘retail brokers’ made their entry to the market. With these brokerages, traders with small capital could also participate in the market. Moreover, retail brokers even offered great leverage for trading, which attracted more traders to take part in the market.

Retail forex brokers are intermediaries who facilitate transactions between buyers and sellers. Based on how clients’ are fulfilled, brokers are of two types, namely, Market Makers and Electronic Communication Networks.

As the name pretty much suggests, these brokers ‘make’ the market. A market maker acts as a bookie who takes the opposite side of its customers’ trades. So, basically, the trades here are between a retail trader and the broker. Since the broker takes the opposite position of his customers, he is actually trading against them. In layman terms, market makers need losers to profit from. Trading with this kind of brokers, customers don’t really reach the real market, as they’re placing bets on the quotes provided by the broker.

Trading with an ECN broker is different from that of market makers. Here, the interest of the customer is aligned with that of the broker. An ECN broker passes on its customers’ orders through to liquidity providers or the interbank market. So, unlike the case of market makers, their trades are actually matched with the real market. And as far as revenue of these brokers is concerned, they always make a profit from the spreads (bid/ask price) or trading fees. Since they connect the clients to deal with the interbank market, they form the network where communication takes place electronically.

That’s about the introduction to Forex brokers. Take the below quiz to know if you have understood the lesson correctly.